HEGINS,  Pa. —  A teen from Hegins who suffers from a rapid-aging disease is now the subject of a book. “A Short Season” was written by the bo... 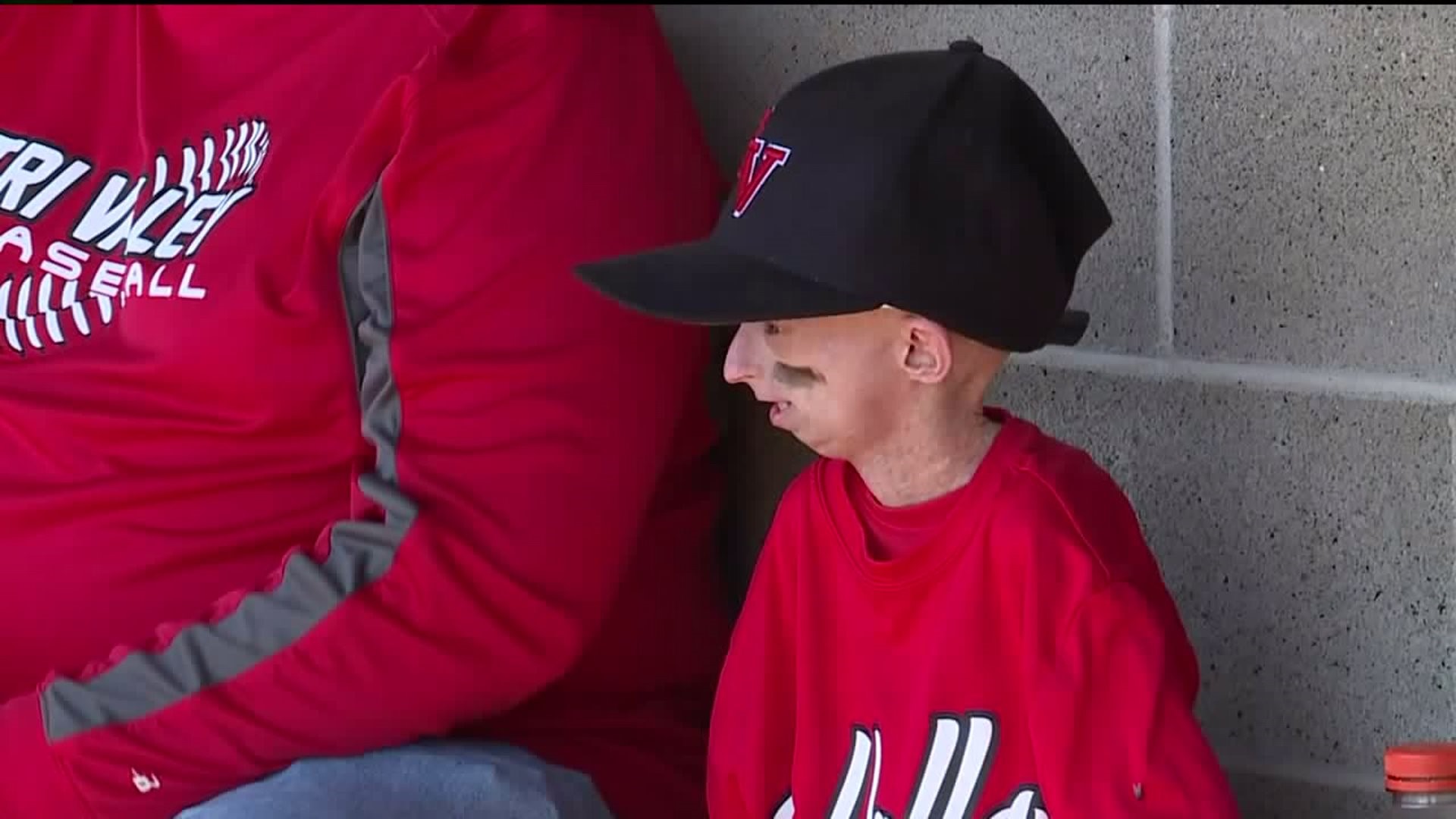 HEGINS,  Pa. --  A teen from Hegins who suffers from a rapid-aging disease is now the subject of a book.

"A Short Season" was written by the boy's grandfather and a family friend from Danville.

The sun was shining on a Saturday morning in Hegins as the Tri-Valley junior varsity baseball team looked for a win. There was a lot of cheering in the dugout, but one voice stands out -- the team's bench coach, 13-year-old Josiah Viera.

Josiah is a seventh grader at Tri-Valley High School. He is a tad over three feet and weighs only 21 pounds. Josiah has a condition called Hutchinson-Gilford Progeria Syndrome, also known as rapid-aging disease.

Bohner calls his grandson a miracle because the condition almost killed Josiah when he was a baby. Fewer than 1,000 cases of progeria are diagnosed each year.

"He always has a different outlook on life, sometimes more than what we do," Bohner said.

The lifespan of a child with Progeria is 13 to 18 so Josiah's family always makes sure he lives life to the fullest.

For Josiah, that means being involved with the thing that makes him most happy -- baseball.

Jake Gronsky is from Danville but met Josiah when he played Major League Baseball in the St. Louis Cardinals organization.

Josiah is a bench coach for the State College Spikes, the Cardinals' affiliate in central Pennsylvania.

"You see this fragile child, but you see so much joy in him. Every single day we walk in and there was just something about him that we had to get to know," Gronsky said.

Jake and Dave became fast friends. One day, Dave told him something that Jake will never forget.

"'I don't ever want Josiah to be forgotten,'" Gronsky recalled.  "I said, 'Dave, you're crazy. Josiah will never be forgotten with all the people he's impacted.' He said, 'If the story is not written down at some point, people will forget.'"

About two years ago, the two started writing Josiah's story.

What started out as a few personal copies soon turned into a full-fledged book release with books being sold on Amazon and in stores.

Two years later, Dave and Jake had a book signing for "A Short Season."

Hundreds of people came to Threading Love in Lewisburg, including Kim Gummel, one of Josiah's nurses, who is in the book. She believes "A Short Season" will help families going through tough times.

"A part of the chapter was some quotes from me and I was able to see the impact that we have on our families," Gummel said.

"Very simple, don't ever give up," Bohner advised. "Josiah's tenacity, his love of life, just continue on, no matter what happens."

Josiah turns 14 on May 25 and is focused on spending time with his friends and, of course, baseball.