A Ride Across America to Help Dog Rescues 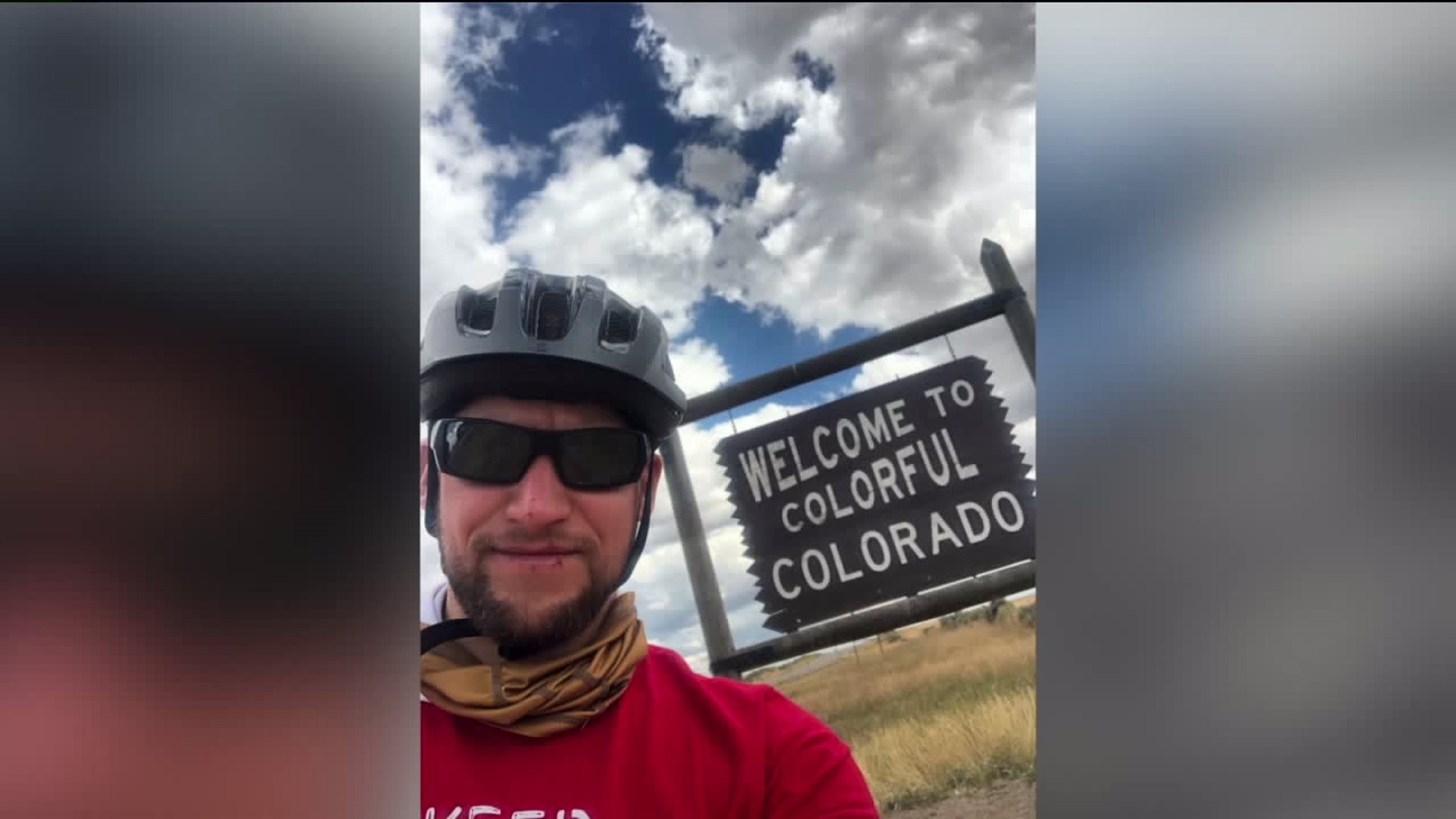 Back in June, we told you about John Matulevich's bold plan to ride his bike from San Francisco to Pottsville to raise money for Hillside SPCA and Back in Black Dog Rescue.

Over the weekend, after 43 days on the road and about 100 miles a day, John finally arrived back in Pottsville at the Humane Fire Company, where a raffle took place to benefit the rescues.

"If you look at the whole thing in one big picture, if you look at it as 4,000 as one big thing, it seems unbelievable, but if you just break it down each day, one day at a time, it's a lot more manageable," John Matulevich said.

It all started with a ride across the Golden Gate Bridge in San Francisco. And from there, he took in some beautiful sights and sounds, from the deserts of Nevada to the Colorado River and the Cedar Breaks National Monument.

"I had both a tent and a hammock and I would just kind of use whatever. If I had enough time to set up the tent, I'd do that, but if it was a late night, I would just set the hammock up by itself or on the ground," he said.

"I talked to him every day, and listening to his stories and all the hard work, out there biking for over 10 hours a day, is absolutely insane to even think about. He's a tough dude," said his girlfriend Angel Cicero.

In all, John's bike ride raised more than $11,000 for the two dog rescues based in Schuylkill County.

"This is huge," said Chivon Murray of Back in Black Dog Rescue. "We're a very small rescue in a very small town, so the fact that the community came together like this to support two great causes in a small town is amazing.