A Parade to Celebrate Seniors in Schuylkill County

BUTLER TOWNSHIP, Pa. — For the last few years, a high school in Schuylkill County has found a unique way for almost the entire district to say goodbye to ... 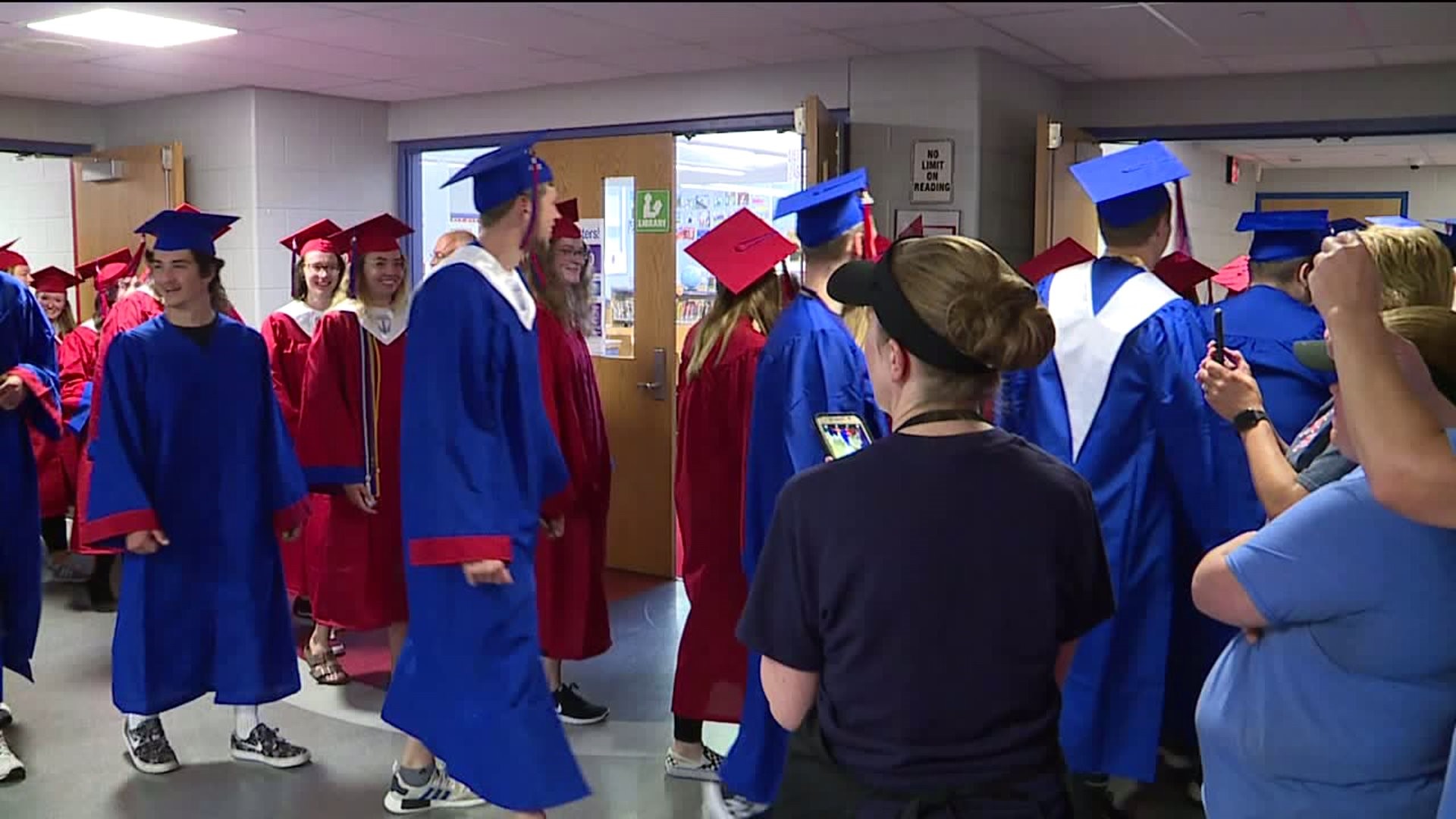 BUTLER TOWNSHIP, Pa. -- For the last few years, a high school in Schuylkill County has found a unique way for almost the entire district to say goodbye to its seniors.

Draped in blue and red caps and gowns, North Schuylkill High School seniors made the short walk over to the elementary school. From there, each senior from the 2019 class marched through the hallways, where elementary school students lined the halls cheering them on.

"It's by far my favorite time of the year," said North Schuylkill Principal Ken Roseberry.

This is the fourth year North Schuylkill High School has held this parade of sorts, giving teachers and young students an opportunity to wish these seniors luck on the eve of graduation.

"I think it's awesome that the school did this for us. It really is. We've been in school our whole entire lives so that we're getting some sort of appreciation from the teachers and the staff is really amazing," said senior Paige Dugan.

"I was standing at the doors when they walked in, and as soon as you open the doors, you could hear the all the kids starting to scream, and you can see all of our kids tearing up," Roseberry said.

At the end of the walk through the elementary school, these graduating seniors got letters back from their sixth grade teachers that they wrote to themselves when they were in sixth grade. Six years later, they've come a long way.

"I discovered that I spelled my last name wrong. I confused an R to an N. I don't know. As a sixth grade student, I don't know," said senior Linsey Wesner.

"I put when I grow up I want to be a baseball player and the greatest Lego builder of all time. I don't play baseball anymore and I haven't built a Lego set since seventh grade," said senior Holden Andrewcavage.

This year, 137 Spartans will graduate from North Schuylkill High School.