A Meeting 74 Years in the Making

WALKER TOWNSHIP, Pa. — Sitting in his living room just outside of Tamaqua, 94-year-old Earl Bridygham tells us he’s on cloud nine. “I would sa... 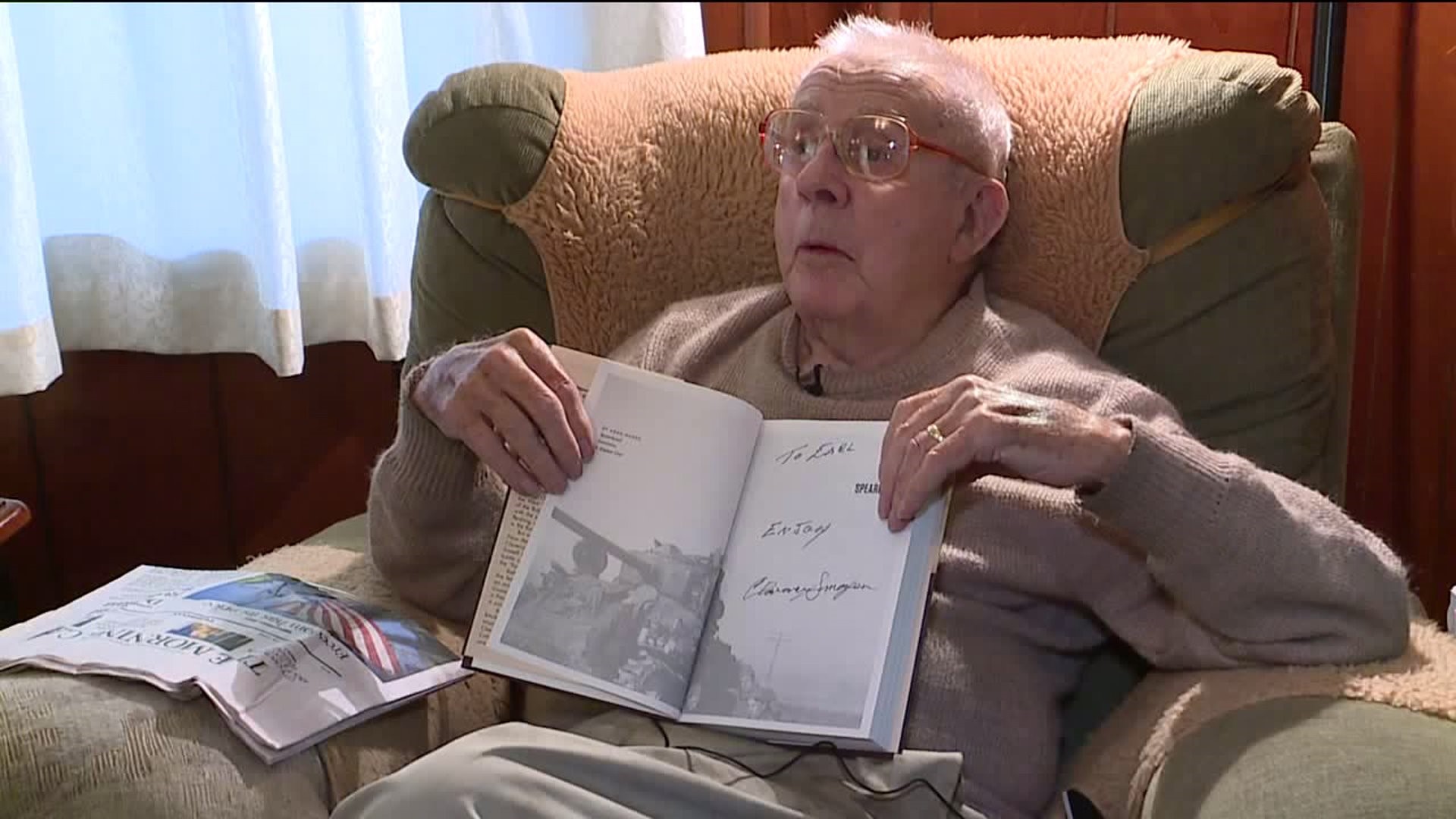 "I would say it was one of the best days of my life. I had just about given up meeting him," Bridygham said.

In March of 1945 in Cologne, Germany, Earl was a member of the Eighth Infantry Division, on duty, driving a Jeep through the city when he was flagged down by someone.

"They said there's a German tank running amok down there. I didn't know what the hell amok meant, but in the infantry, when somebody mentioned tank, it caught your attention."

Little did Earl know, just a few blocks ahead of his unit, Carbon County native Clarence Smoyer was fighting off that German tank near Cologne's famous cathedral. That notable victory made Smoyer the subject of Adam Makos's new book "Spearhead," released earlier this year.

"About three weeks later, the Army newspaper was in there about the tank battle. They said the gunner was from Palmerton, Pennsylvania, Clarence Smoyer. I told my buddies, I said I only live 20 miles away from Palmerton," Earl said. "We were headed right in the direction where this German tank and we didn't know it at the time. Maybe it wouldn't have happened, but there's a better possibility we could've got shot up."

Despite the heroic efforts and the fact that both veterans lived so close to one another, Smoyer and Bridygham never met that day or in the 74 years since. That is, until last week, when the two finally met at a book signing.

"I wanted to thank him personally. He didn't know it at the time. He was just doing his job. It really could have had an adverse effect on me if the German tank would've knocked him out."

Earl tells us he hopes to meet up with his new friend again soon.