A Look Back: Flooding in Tremont

TREMONT, Pa. — It has been a year since floodwaters wrecked many parts of Schuylkill County. Some people are still picking up the pieces left from the dam... 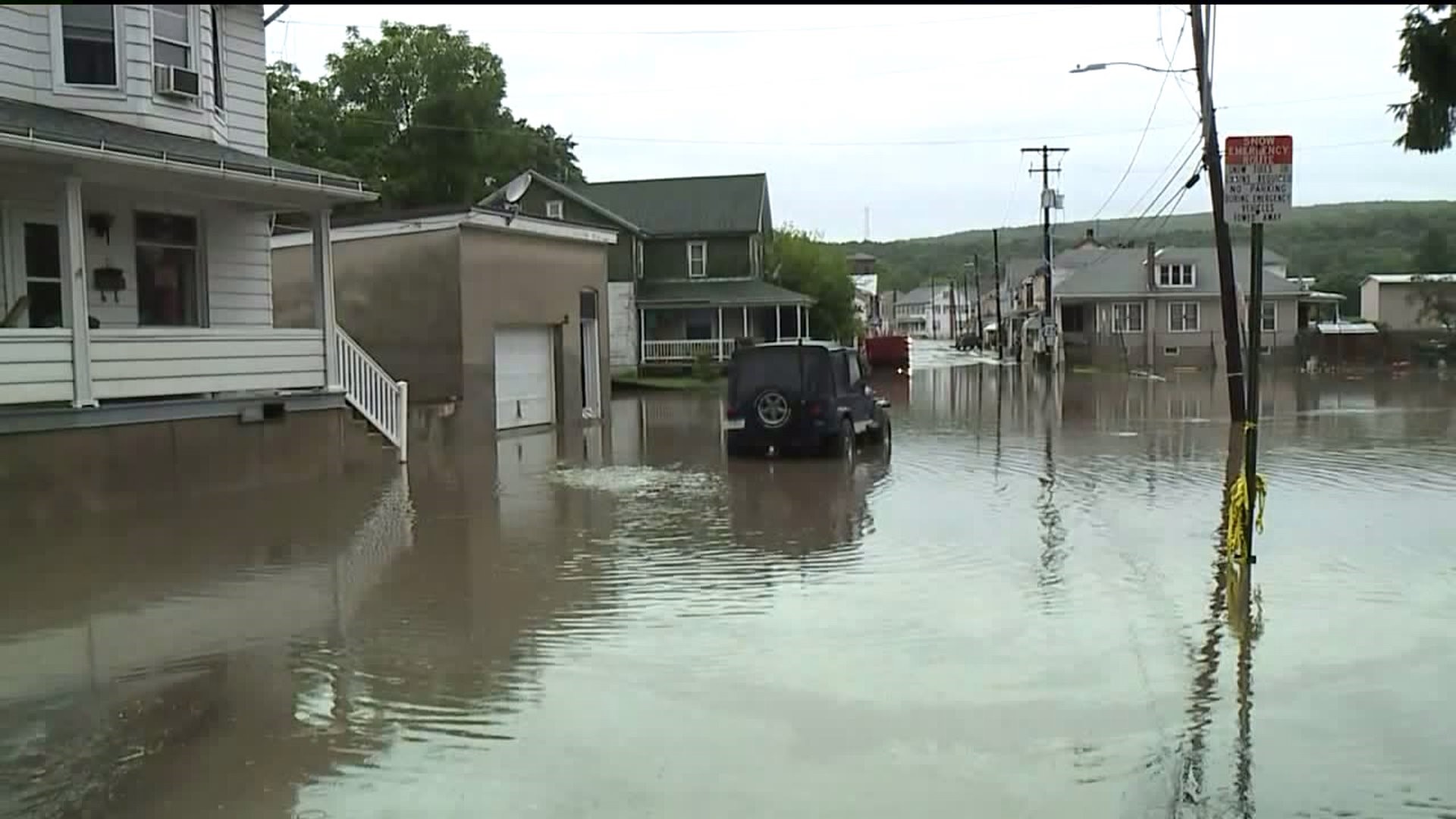 TREMONT, Pa. -- It has been a year since floodwaters wrecked many parts of Schuylkill County. Some people are still picking up the pieces left from the damage.

Ever since the floodwaters reached their front doors last August, people in Tremont have spent the past year making repairs.

Juan Rosado can still point to the many spots where last year's floodwaters surrounded and entered his home in Tremont. This time last year, Rosado was startled to hear water rushing from Spring Creek which runs behind his house on Spring Street.

"I am from Brooklyn and you know, we don't get no floods like that in Brooklyn. At most, you get your tub might overflow, but here, man, it scared the living daylights out of me," Rosado said.

Water ran through the streets of Tremont last summer. People were hit hard by flooding three weeks in a row. Basements were flooded and homes were destroyed.

"32 inches, it was ridiculous. My water was high in here," said Rosado. "The water got into this first level here."

"From the porch to here, I could not even see the guardrails. That is how much water was coming down the roads. It came right down this road, the first time in all my years living here," Barry said.

Rosado says it doesn't matter how long it takes, he will rebuild.

"I refuse to quit. I can't give in. This is my first home and I am not trying to let it go," he said.

One year after flooding ripped through Tremont, borough officials tell Newswatch 16 they are still waiting for assistance from FEMA. They tell us the paperwork has been filed but the federal agency has not yet allocated any money to help with repairs.