The teen's suspension from the Mahanoy Area cheer squad over an expletive-filled post to her personal Snapchat went all the way to the Supreme Court. 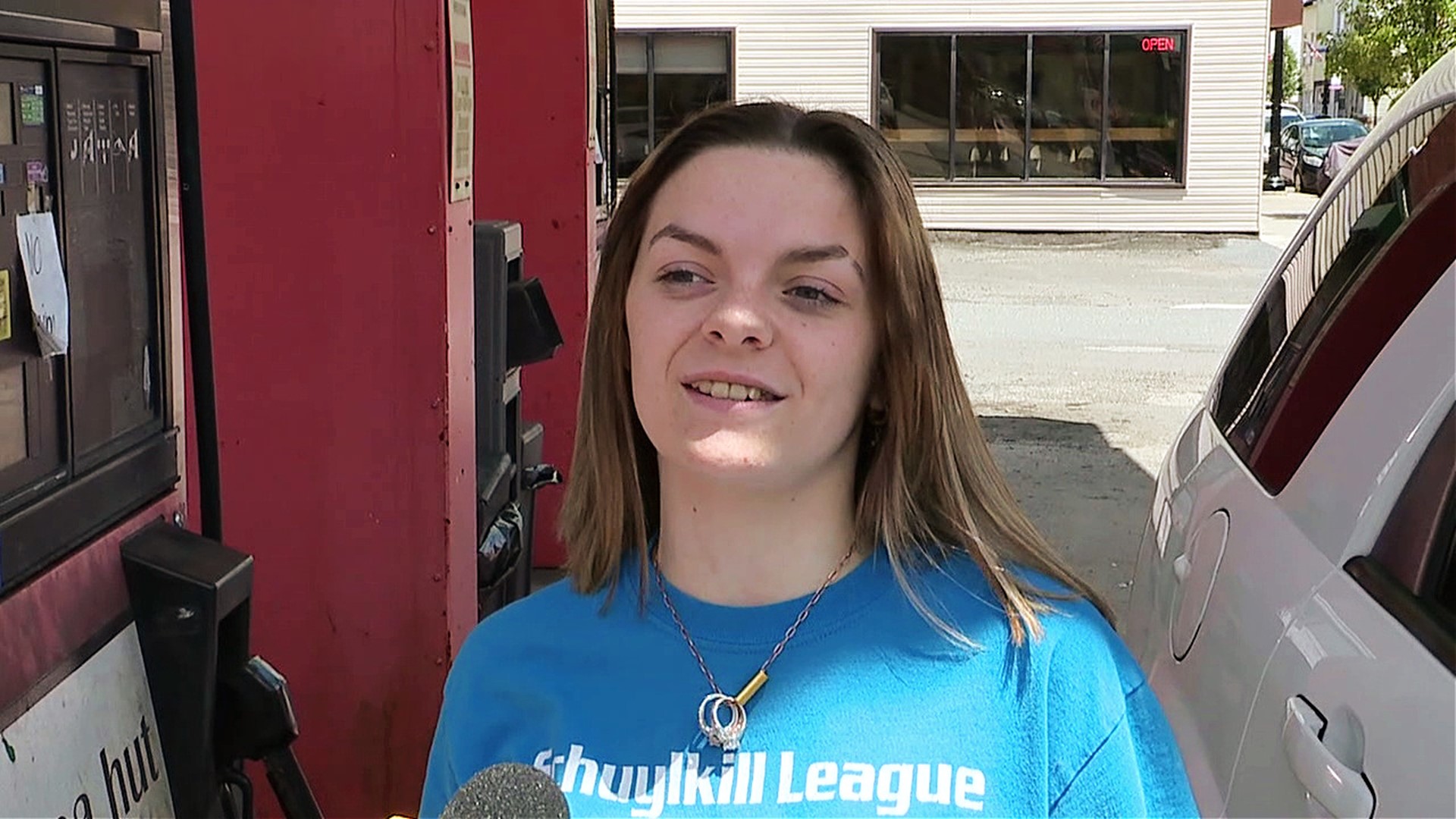 MAHANOY CITY, Pa. — The U.S. Supreme Court handed down its decision Wednesday in the case of a former Mahanoy Area High School cheerleader.

Brandi Levy was suspended from the cheer team for an expletive-filled post to her personal Snapchat. The Supreme court now says that was a violation of her First Amendment rights.

The decision was a big sigh of relief for the Levy family as the Supreme Court ruled 8-1 in favor of the teen. She never imagined her post to Snapchat would lead to a long legal battle and now history.

In 2017, Brandi Levy posted to Snapchat from the Cocoa Hut in Mahanoy City, frustrated having not made the Mahanoy Area High School varsity cheer team. The picture, with the caption "f*** school, f*** softball, f*** cheer, f*** everything," was brought to the coach's attention. As a result, Levy was suspended from the JV squad.

When we ran into her on Wednesday outside the same convenience store, she said that decision devastated her.

"I was really upset. I cried the whole time," Levy said.

Levy's parents sued the district, and the free speech issue went all the way to the Supreme Court.

The Supreme Court sided with the teen, saying although schools have an interest in regulating some types of off-campus speech, the district violated Levy's First Amendment rights when it suspended her from the cheer squad.

"I just feel like the school went way too far with what they did, and they definitely shouldn't have. I'm glad the Supreme Court agreed with me with that," said Levy.

The high court's decision says schools rarely stand in for parents when students are outside school, and the post didn't target any individual.

"I wasn't going after anyone. I was upset. I was really frustrated," Levy explained.

The ruling noted there is little evidence to suggest Levy's post caused a significant disruption in school or on the cheerleading squad.

We asked Levy, if given the chance to change it, would she make that post again.

She says she's happy with the outcome and ready to put it all behind her.

"It feels great. It's been a long four years," Levy said. "I'm really glad that the Supreme Court ruled in my favor because now it will show to other students, millions of students, that it's OK to express yourself, and you shouldn't be scared to express yourself because of the school."

The Mahanoy Area School District is pleased with and vindicated by today's Supreme Court decision. The School District unanimously won the issue upon which it sought Supreme Court review. All 9 Justices rejected the Third Circuit's conclusion that school districts lack authority to regulate off-campus speech. The Supreme Court held that it does "not agree with the reasoning of the Third Circuit." The Supreme Court instead enumerated many examples of situations when school districts can regulate off-campus speech and made it clear that its list was not exclusive. So, although the Court upheld the $1 judgment in favor of Ms. Levy, we are very pleased that the Court agreed with our arguments about schools' authority to address off-campus speech under a wide variety of situations. This decision is an important vindication of schools' authority to protect students and staff and to fulfill schools' educational missions.