A diner's journey from Iowa to Schuylkill County

The Pine Grover Diner, just off Interstate 81, was shipped to the area in five pieces. 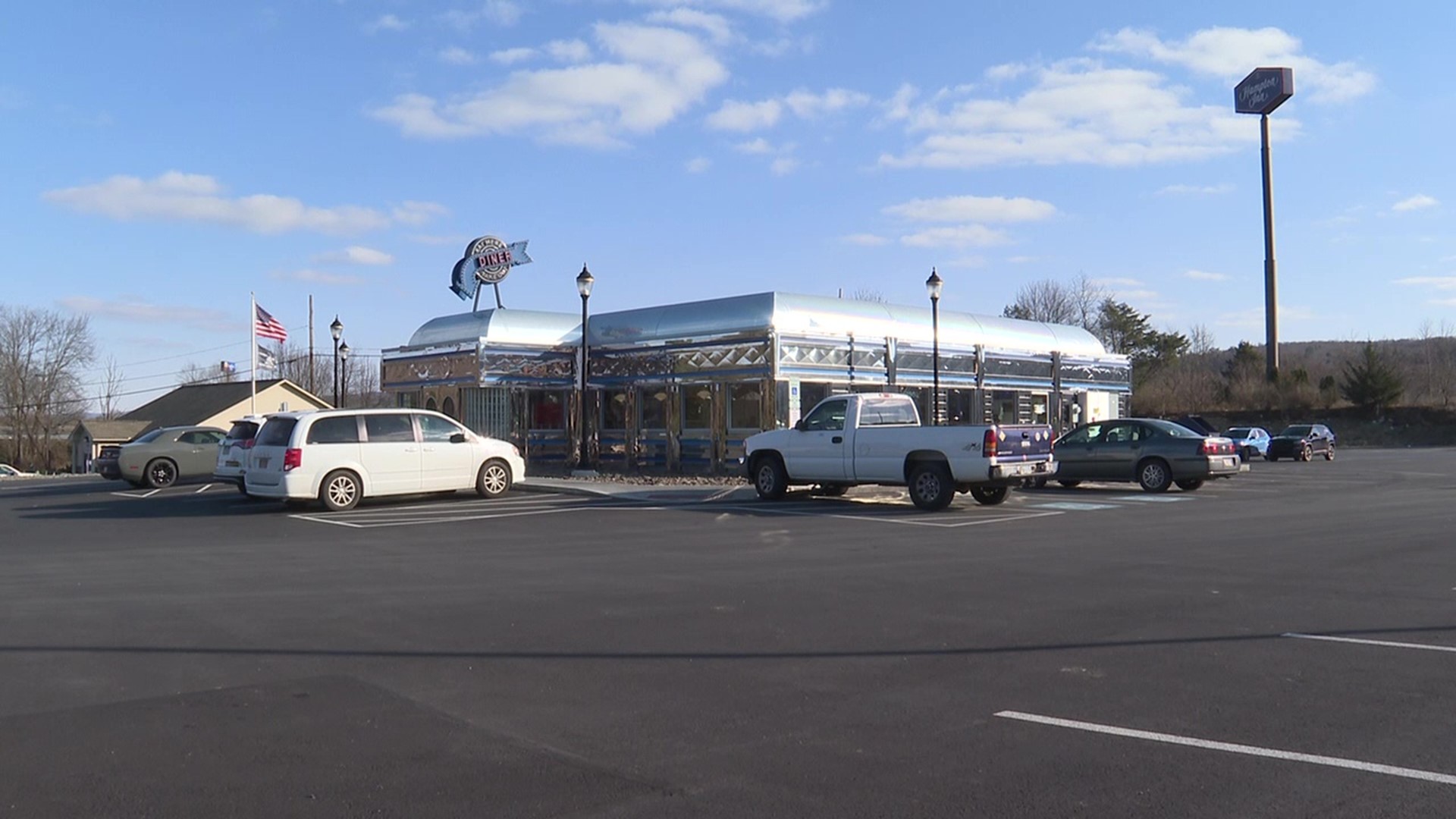 PINE GROVE, Pa. — Every place has its own history; some are more interesting than others. It's safe to say the Pine Grove Diner right off interstate 81 has quite the tale.

"It shipped in five different pieces because it's a modular diner. It had to go across five states in order to get here, and there's different rules and regulations for each state. So that in itself was a huge process," said Madeline Frew of the Pine Grove Diner.

It was a process because this 1950s-style diner that glistens in the sunlight made its way to Schuylkill County all the way from Iowa.

"This diner closed when it was out there, and they were selling it on CraigsList, which is where my father found it," continued Frew. "My dad and my uncle drove out to Iowa, looked at it, made a deal, and they shipped it here."

After months of work, the diner was completed and opened up here in Pine Grove Township in August.

In addition to this project, Madeline's Frew's dad also did something similar to the Manheim Diner in Schuylkill Haven.

Both places make you feel like you entered a time machine and traveled back to the good old days of the 1950s.

"They did a great job replicating exactly how it should look, and I think the waitresses do a great job of being super friendly and welcoming to everybody, and I feel as though it's a homey feel when you're here," added Frew.

Whether you're traveling on Interstate 81 or craving an old school experience, the Pine Grove Diner is open seven days a week starting at 6 a.m. off exit 100.