41st Annual Trek of the Cross Through Gordon

GORDON, Pa. — Donning a crown of thorns, carrying a wooden cross, and barefoot, Jeffery Nemeth of Frackville portrayed Jesus through the streets of Gordon... 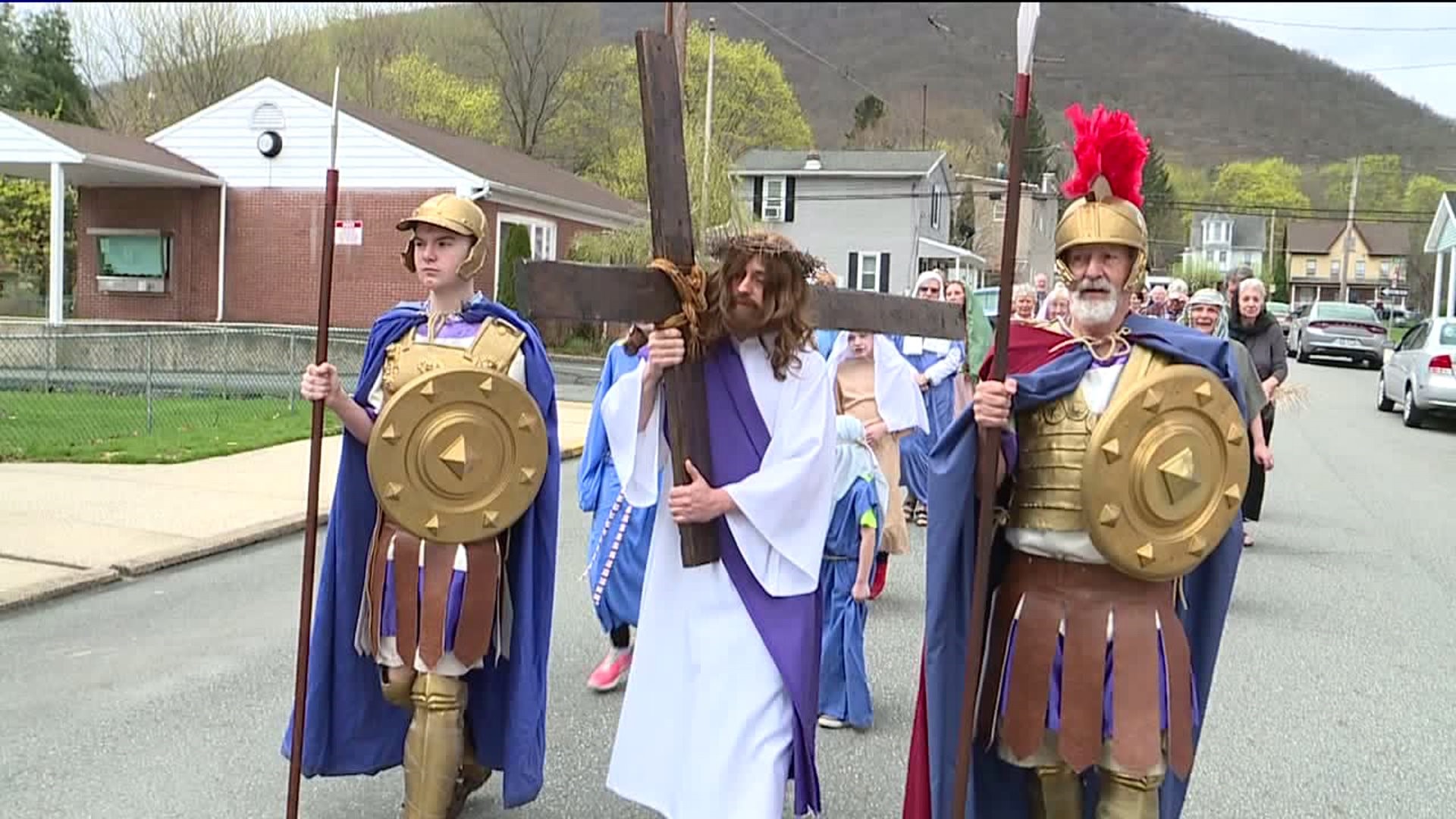 GORDON, Pa. -- Donning a crown of thorns, carrying a wooden cross, and barefoot, Jeffery Nemeth of Frackville portrayed Jesus through the streets of Gordon in Schuylkill County for the 41st annual Trek of the Cross.

"The people of the town they love it. They always did. They ask me about it, and I do it for everybody and myself," Nemeth said.

Nemeth says this is his 10th year carrying the cross through the streets. And for him, bearing the burden of Christ is a family tradition.

"It started with my great uncle. He started back in 1979. He sadly passed after 10 and then my other uncle picked it up until 2010, passed it on to me, and I'll be doing it until my son's big enough," said Nemeth.

The pastor of the United Methodist Church in Gordon tells Newswatch 16 this tradition started more than 40 years ago as a way to help home-bound community members observe Good Friday.

"It's wonderful to see it every year, and God willing we're here this year, so we're happy about that," said Elsie Wolacavage of Gordon.

People lining the streets of Gordon say they appreciate the demonstration and what it represents.

"We came here last year, and we enjoyed seeing and being part of it, and we want to do it every year and make it a tradition," Rizzardi said.

Victor Mickatavage of Gordon is already planning to be out here watching next year.