TAMAQUA — We are getting a clearer picture of the winners and losers from Tuesday’s Pennsylvania primary election. In Schuylkill County, one communi... 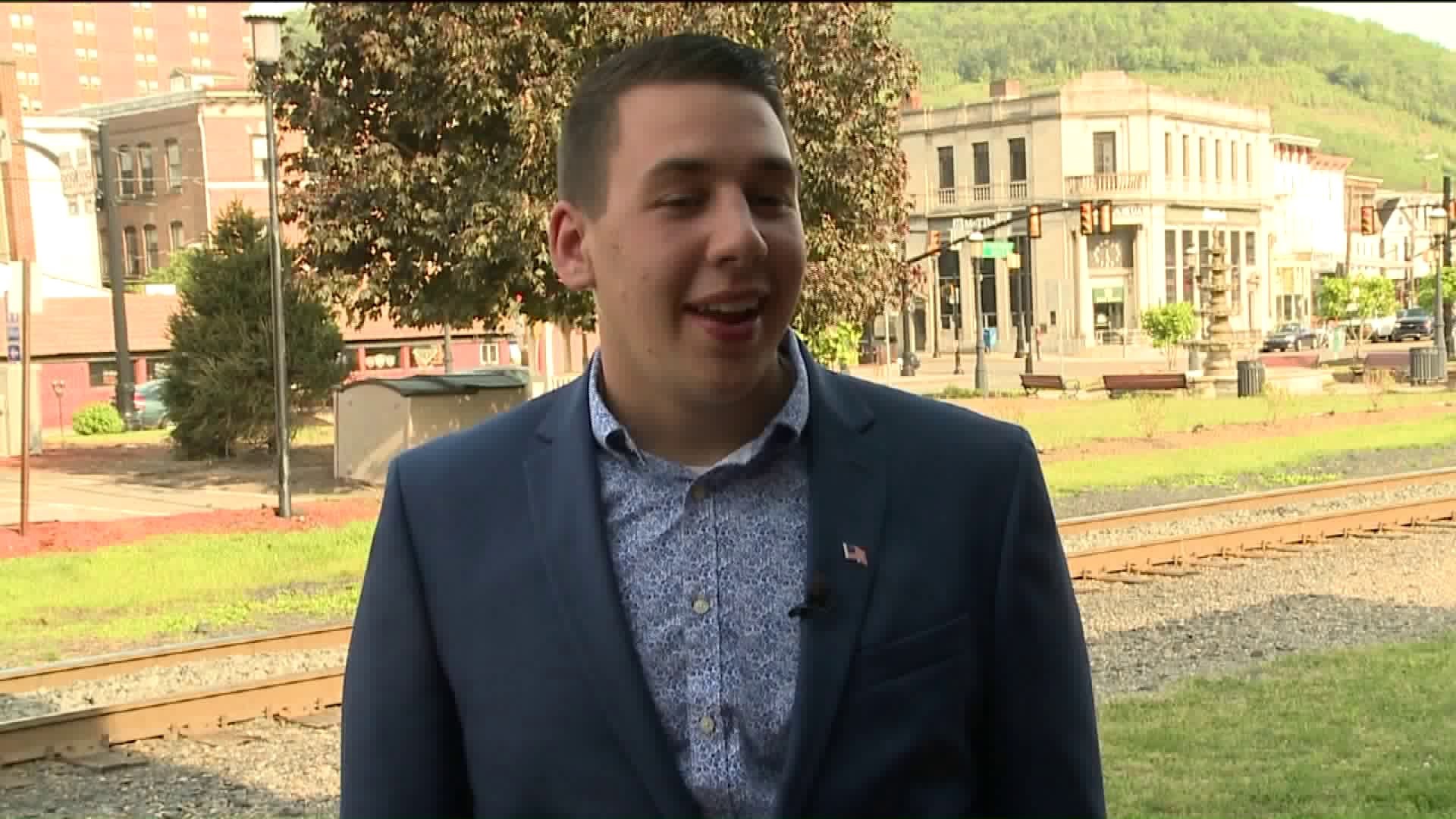 TAMAQUA -- We are getting a clearer picture of the winners and losers from Tuesday's Pennsylvania primary election.

In Schuylkill County, one community could have a mayor that lists high school graduation as a recent accomplishment.

Nathan Gerace, 19, defeated two other candidates on the Republican ticket for mayor of Tamaqua.

For the 19 year old, congratulations were certainly in order for him from patrons at the Tamaqua Station Restaurant. The 2016 graduate of Tamaqua Area High School claimed the win on the Republican ticket in the race for Tamaqua mayor in Tuesday's primary election.

“The Republican primary that I got under my belt so now it's time for the general election, so it's been a very good ride and I was very happy with the campaign so far,” Gerace explained to diners.

“Congratulations, Nate. We're happy to have you voted as mayor for the town,” said Melanie Ross, the owner of the Tamaqua Station Restaurant.

“So I did a little bit of research, find out the requirements for mayor and did what I had to do, got my name on the ballot,” said Gerace. “And then worked very hard the last couple of months, try to meet people, get my name out there.”

Gerace beat out two other Republican candidates in the primary and with no Democratic candidate running, he could take the November election, becoming what may be the youngest mayor in the borough's history.

“I think it's a chance to make history here, give him a chance. He's new to politics, but this town is looking for a change and the town has gotten a chance,” said Ross.

“Some of the things that I would like to see is see the youth get more involved with the community, get them outside, get them joining a program,” said Gerace.

“He did inspire me to push forward. I can graduate college. I can do what I want to do. If you can become mayor, I can one day open up my own restaurant,” said high school friend Sade Ortiz.

After that, who knows where a career in politics will take him.

“It's going my way now,” said Gerace. “Hopefully start at mayor and hopefully 18 years from now I'll be running for president of the United States.”

But first, he's focusing on the general election this fall.