(Editors note: Some of the video may be disturbing to some viewers.) SAINT CLAIR — For years, a woman from Schuylkill County tried to shed excess weight u... 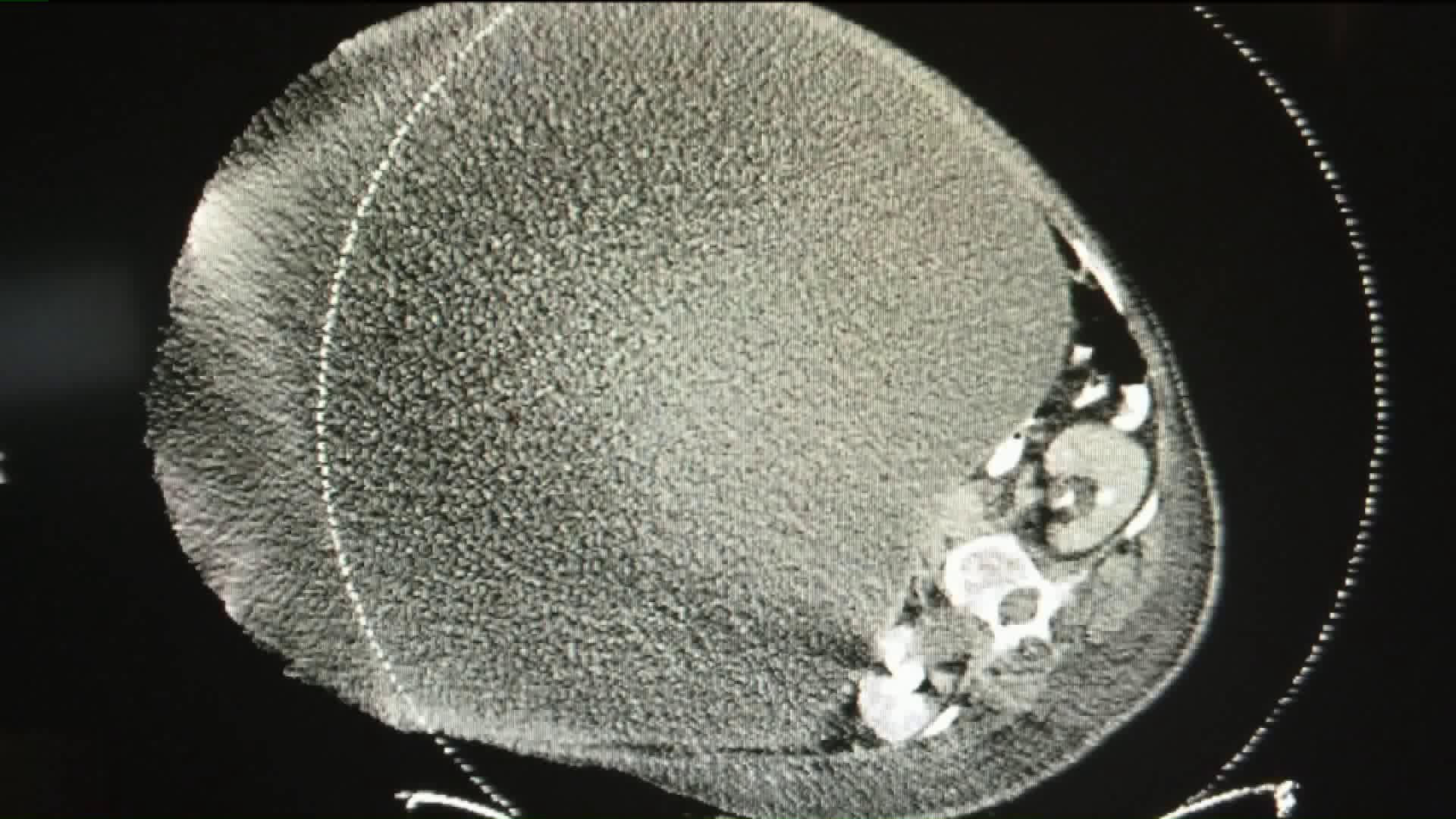 (Editors note: Some of the video may be disturbing to some viewers.)

And as Mary Clancey of Saint Clair tipped the scales at more than 350 pounds, she finally discovered it wasn't fat but a tumor the size of a person.

Clancey is half the woman she used to be now that the 140-pound cyst has been surgically removed.

All along, she thought it was just the way she was meant to get old until the shock of her life back in November.

Clancey still can't get over the way she lost nearly 200 pounds in one day. The retired Boscov's employee struggled with her weight for the better part of two decades trying one thing after another.

"I tried this that and whatever was on TV," said Clancey. "I exercised and did all sorts of things, and I just kept getting rounder."

It wasn't until November when Mary developed blood clots in her legs that she was put through testing and found out her problem was something far more surprising than weight gain.

"I was so shocked when they told me. The first thing I thought was Sigourney Weaver with the Alien. I was so scared. I thought, what could this be then?"

Mary's doctors near Allentown were shocked too, and carefully removed the ovarian cyst that may have gradually grown inside her body for some 16 years.

Once the tumor and excess skin were removed, Mary's weight dropped from more than 350 pounds to just a shade under 150.

"For four days after that surgery, I can't describe it. It felt like something was empty. My body didn't feel right. I guess I was so used to carrying that weight that I felt totally different."

At 71 years old, Mary still deals with complications from the tumor, including what to do with all the clothes that are too big for her.

"I gained 10 pounds since I'm home. Hopefully, I'll get curvy. I'll be one hot babe eventually."

Mary intends to sell her old clothes and buy new ones and says she looks forward to being able to tend to her garden much more easily once spring rolls around.