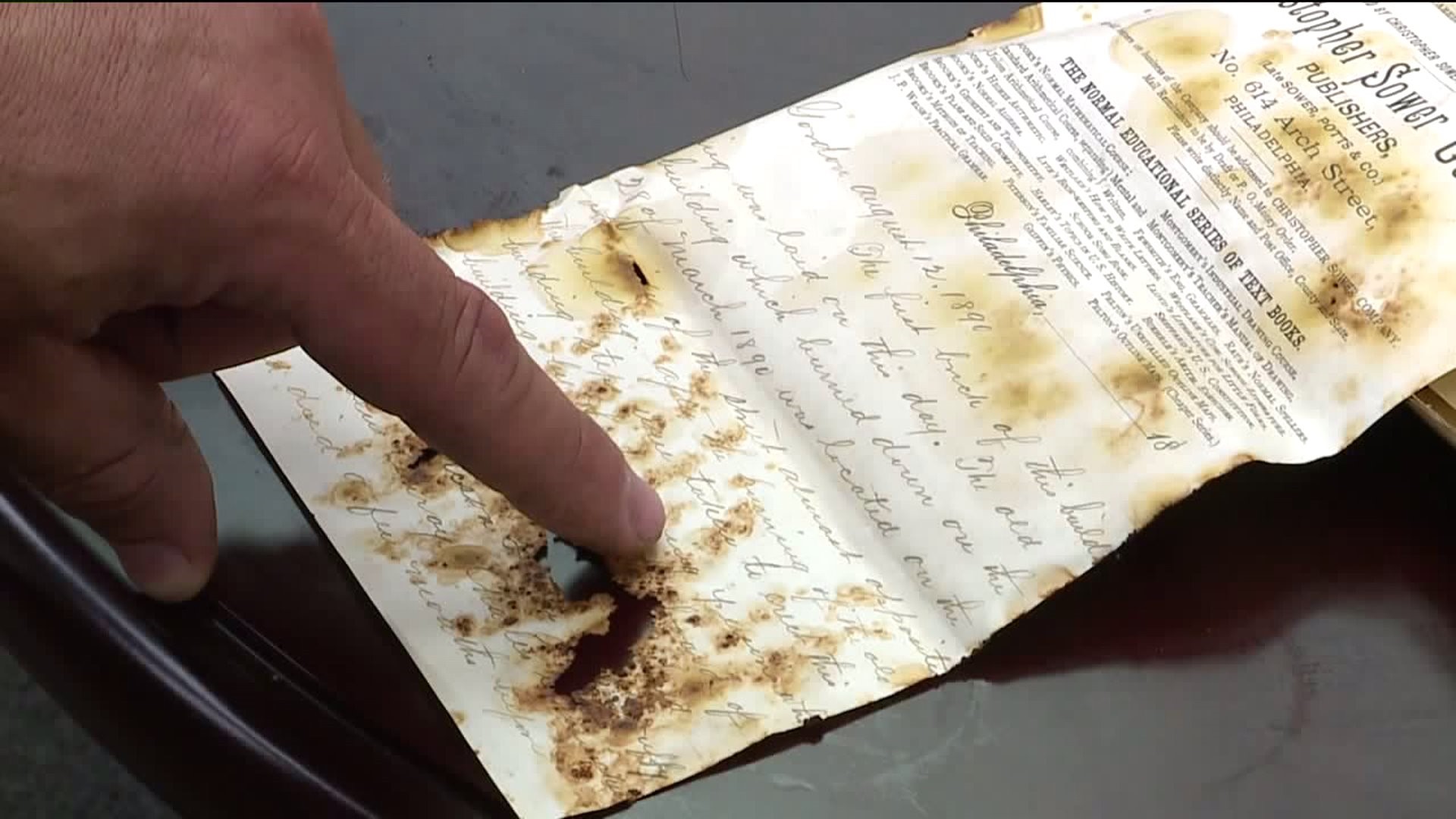 "It's amazing to see what people thought was important then and God knows what you'd put in it now," said Gordon resident Robert Liem.

This time capsule was the cornerstone of the borough's old school.

The school was built in 1890. It closed in the 1970s, and it was torn down in January, but before it was, the borough took the time capsule from it.

"It was interesting. It was tough. It took me forever to get it opened because I didn't want to damage the contents. It was interesting to see what was in it, what things were like back in the day," said borough manager Jason Quick.

Inside the time capsule were old Philadelphia newspapers and some handwritten notes that are hard to read.

"To read it, you need a magnifying glass because the print was that small. Philadelphia paper only cost like 5 cents. Probably couldn't buy one for 11 bucks now," Liem said.

Borough manager Jason Quick was hoping for more from the time capsule.

"I was hoping it would be a lot of money. Silver dollar maybe, worth a couple million dollars? That would be nice."

Even though the borough has had the time capsule since the beginning of the year, officials decided to wait until Memorial Day to open it.

"I figured that this a good time. Family and friends would be in town. They would be able to come and see it opened," Quick said.

The borough manager says the plan is to preserve the items inside the time capsule and put the brick it was embedded in out in front of the borough hall.