NORTH MANHEIM TOWNSHIP, Pa. — An 11 year old from Schuylkill County is training to be on the United States National Equestrian Vaulting Team. For a few ho... 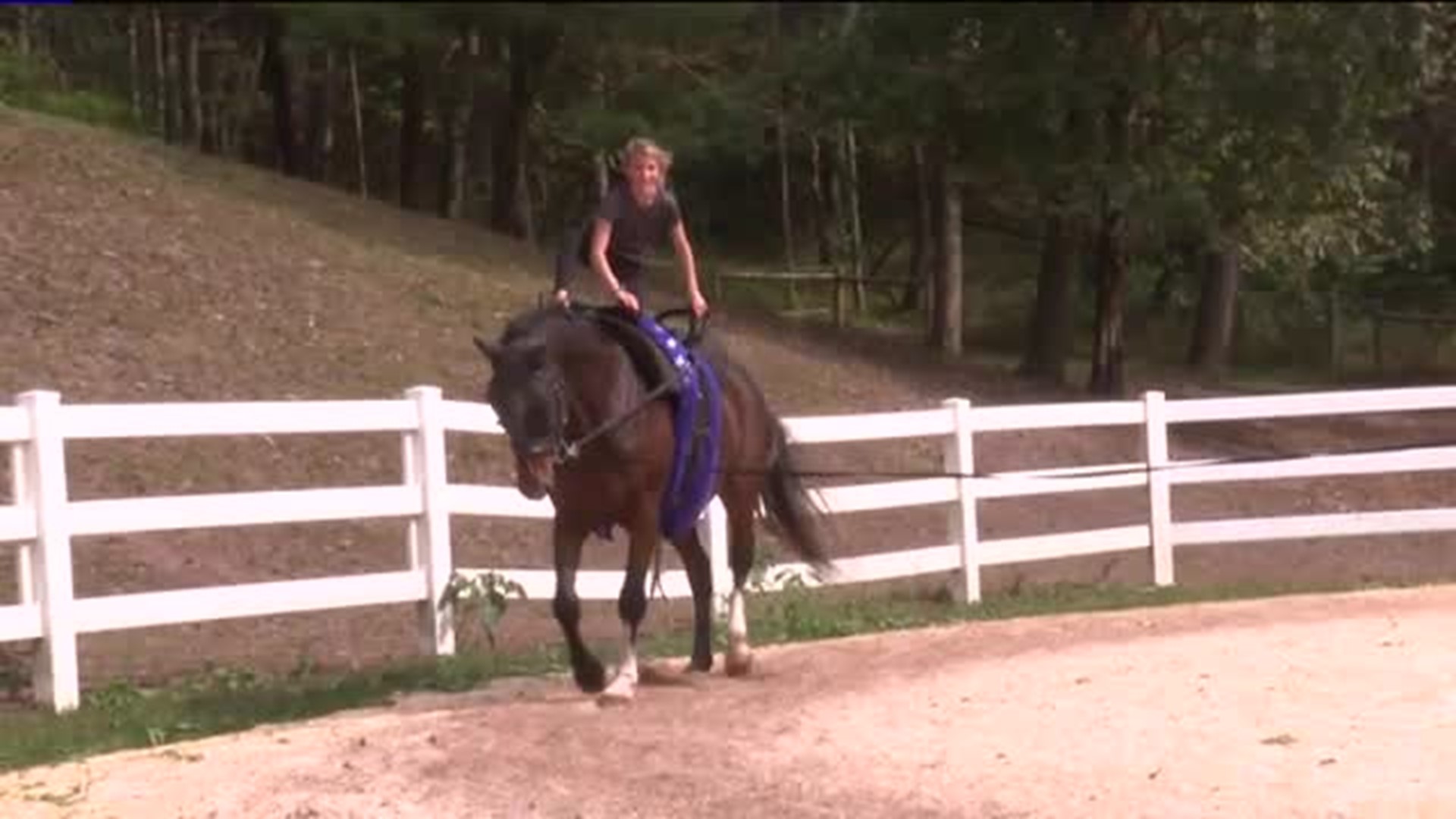 NORTH MANHEIM TOWNSHIP, Pa. -- An 11 year old from Schuylkill County is training to be on the United States National Equestrian Vaulting Team.

For a few hours every day, Hannah Wildermuth can be found training on 55-gallon barrels in her living room, riding her horse, and doing a variety of strength exercises. This is what it takes to train with the United States Equestrian Vaulting Team.

This unique sport dates back thousands of years. Hannah picked it up about three years ago, and she's climbing the ranks quickly.

"I did tumbling and gymnastics when I was little, and we always used to ride horses, and then when we found vaulting. It's fun how we can move around on the horse and do gymnastics on top of the horse and combine the two together," Hannah said.

Once a month, Hannah travels to California to train with some of the best vaulters in the country with hopes that she and the team can capture gold at the World Equestrian Games next year in Sweden.

"It would be really cool to represent the U.S. on a team, especially when I'm only 11 and second youngest is 19.

There's a fundraiser this Saturday at the Second Mountain Gun Club just outside of Orwigsburg to raise money for Hannah's training.