MAHANOY CITY — Animal rescue workers in Schuylkill County say roughly 100 cats were found living in a row home. Some of the cats were seized from that hom... 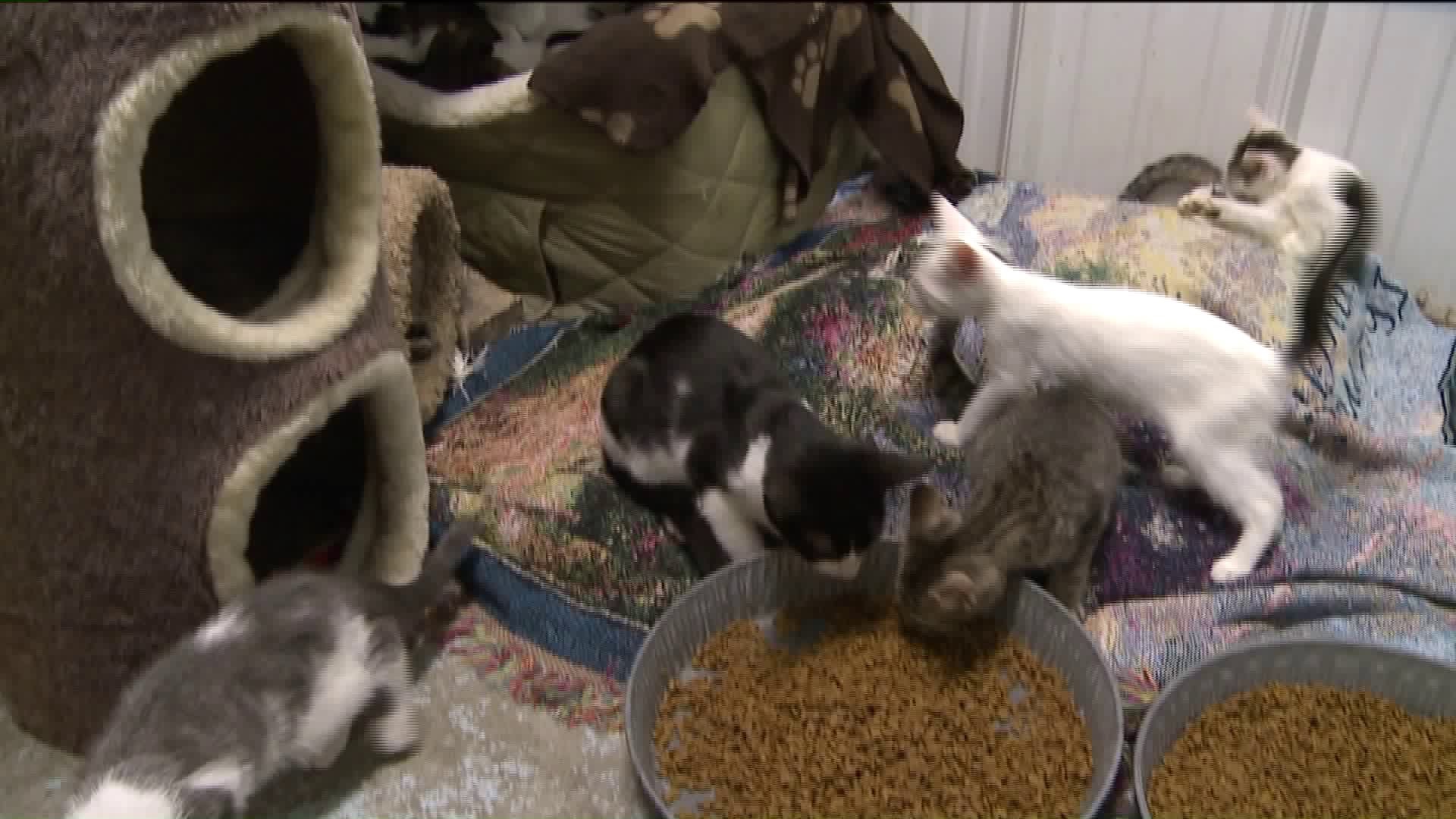 Some of the cats were seized from that home in Mahanoy City on Tuesday, and now those rescue workers say they are in need of help caring for the felines.

A small room at the Hillside SPCA near Pottsville is now a kitten playground. Workers at the shelter in North Manheim Township say the kittens were among roughly 100 cats found living at the home of Joe and Michelle Giacomo.

“They said they had like five or six and they got them spayed or neutered but eventually they didn't because evidently, they have almost over a hundred in there,” said Becky Moyer with the SPCA.

The SPCA first got involved with the couple about a year ago after neighbors complained.

On East Mahanoy Street where the Giacomos live, most neighbors did not want to talk on camera, saying they feared retaliation. One woman did talk but asked us not to identify her.

“The biggest complaint is the smell. You can smell the cats from outside. And then additionally, we had noticed they had started cleaning their litter box on their back porch, throwing the litter and the cat excrement into the backyard that's overgrown.”

“A large number, probably approximately around 100,” said Bill Killian, the Mahanoy City Code Enforcement Officer, who got involved after receiving those complaints. “People complaining about the possibility of it, the investigation and when we found that it had substance we had then sent the notice of violation regarding the borough ordinances.”

Workers say the kittens were checked out and appear to be in good health.

There are still cats inside that home and the Hillside SPCA hopes to find a place for them to go.

“So, we're out of space already because we always house around 200 cats to begin with,” said Moyer. “So, you're dealing with these coming in and we were out of kitten food. We had no dry kitten food, so now this makes that worse too because we didn't have any.”

The code enforcement officer in Mahanoy City says it's too early to say whether the cats' owners will be cited.

The Hillside SPCA says it welcomes donations of food, money and permanent homes for the cats.