We're saying farewell to two members of our WNEP family. 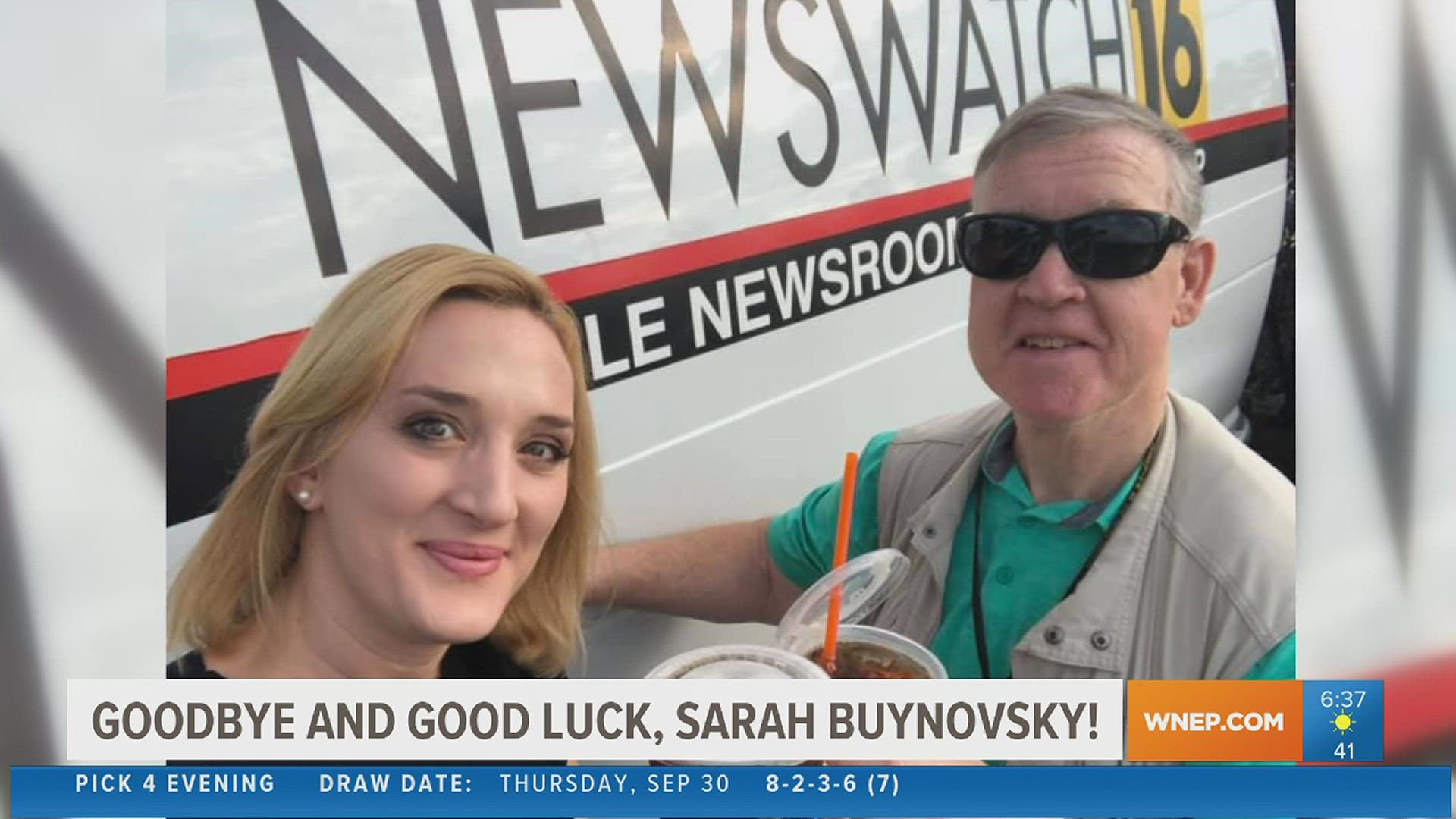 Sarah started at the station in 2006 as the Luzerne County beat reporter, covering the Hugo Selenski story and historic flooding.

After five and a half years in Luzerne County, Sarah switched to working nights.

Then after another five years, Sarah joined the morning show, where she and photographer Dave Jones became a team.

She's had four babies on the job and even went into labor with two of them at work.

She's leaving WNEP to spend more time with her family.

After 23 years of traveling across our area with a camera in his hand, Dave Jones is retiring.

Dave started at WNEP in 1998; he's dedicated 41 years of his life to television, serving the people of northeastern and central Pennsylvania.

Dave traveled far and wide to gather the stories. He even traveled to China for a story.

We wish him nothing but health and happiness in his new chapter.

Sarah and Dave are now among the many great people to come and go from WNEP, and these two leave after making a lasting impact.

My fantastic photographer Dave Jones retires along with me today. What can I say? He’s amazing and has been my partner...

As we near Friday, it’s a bitter sweet kind of week the morning team is feeling at WNEP-TV. Two key players of the...