SCRANTON — Platelet Rich Plasma, or PRP, is a procedure has helped a University of Scranton volleyball player get back on the court. It’s impossible... 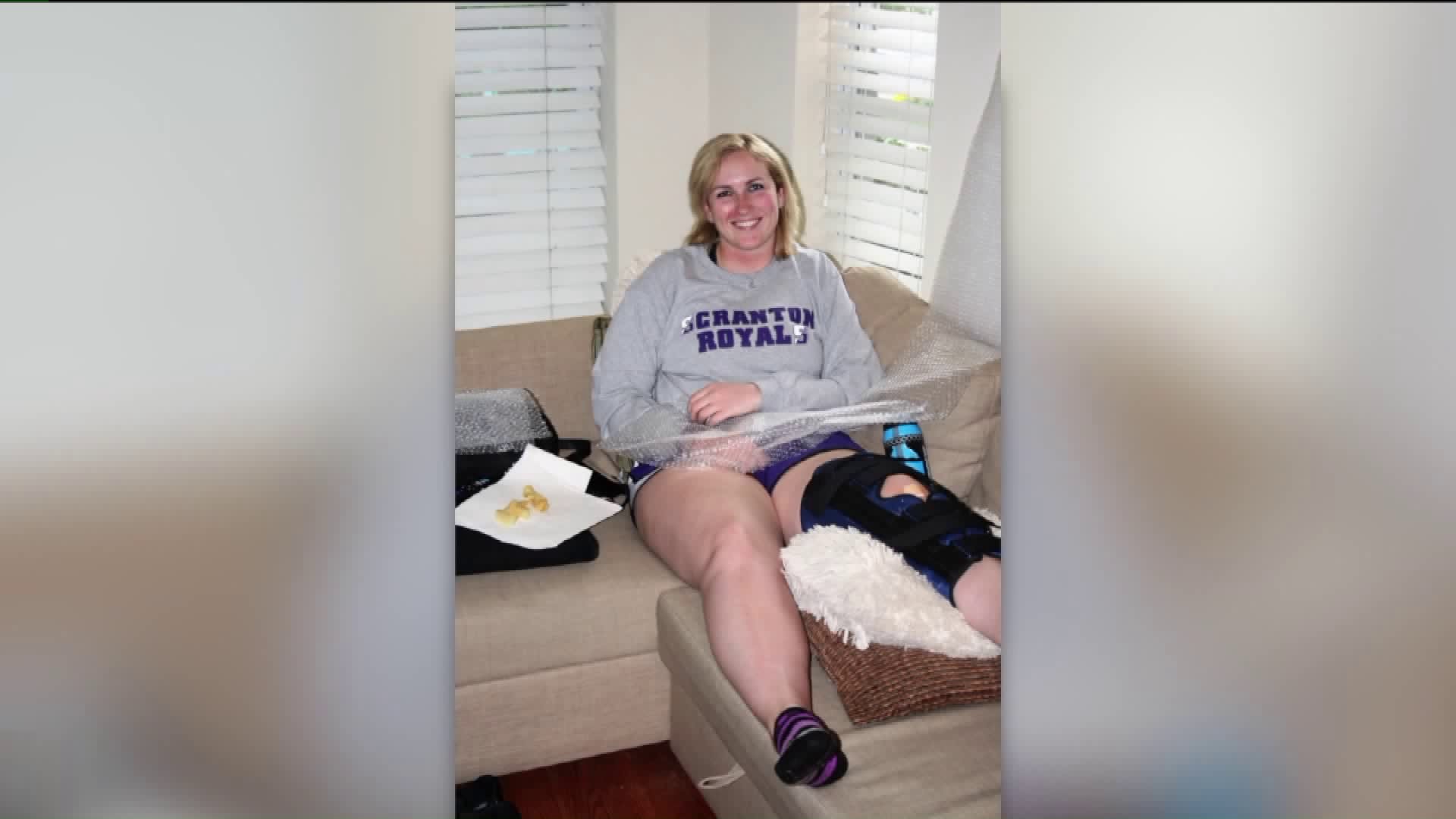 SCRANTON -- Platelet Rich Plasma, or PRP, is a procedure has helped a University of Scranton volleyball player get back on the court.

It's impossible to talk about 21-year-old Catherine Manning without mentioning volleyball.

The incoming University of Scranton senior from Eastchester, New York plays hard and trains hard nearly every day of the week, all year long, so she didn't initially worry when she noticed knee pain.

"Once I started at the 'U' six days a week, traveling every weekend, it started to flare a lot," said Manning.

But once after a game, Catherine could barely walk. That's when she consulted team physician and Geisinger sports medicine specialist Dr. Justin Tunis.

"Right in the training room, we used an ultrasound to take a look at her knee and found that she had a small hole in her patellar tendon, the big tendon in the front of the knee," Dr. Tunis explained

Dr. Tunis first suggested physical therapy for Catherine. She had also tried steroid shots in her knee. Neither worked as well as they'd both hoped.

"A lot of people heard about high-level athletes traveling to Europe to undergo the procedure. But as its clinical role has expanded, we've been using it all sorts of musculoskeletal conditions, with the most recent clinical utility being arthritis," said Dr. Tunis.

Here's how PRP works. A patient's blood is drawn and put into a special machine. They spin it very fast, which separates the blood into different particles. That top layer is plasma, and inside the plasma are tiny cells called platelets.

Dr. Tunis says platelets contain proteins that aid in the healing process. They're injected into the damaged site to help restore or regenerate healthy tissue.

The whole procedure takes about an hour, done in the office.

Catherine had it done once in January, and once again just a few weeks ago, and says there's a noticeable difference.

Dr. Tunis says the point of PRP is to get patients back to doing what they love which has happened in Catherine's case.

"I'm feeling great, not having any pain, excited to see how rehab progresses forward so that I can get ready for my season come August," she said.

There are risks, as with anything, according to Dr. Tunis. With PRP there's a potential risk of infection or damage to the tissue, but he says it's minimal.

He also says PRP is not covered by insurance but if you think you could benefit, talk to your doctor.