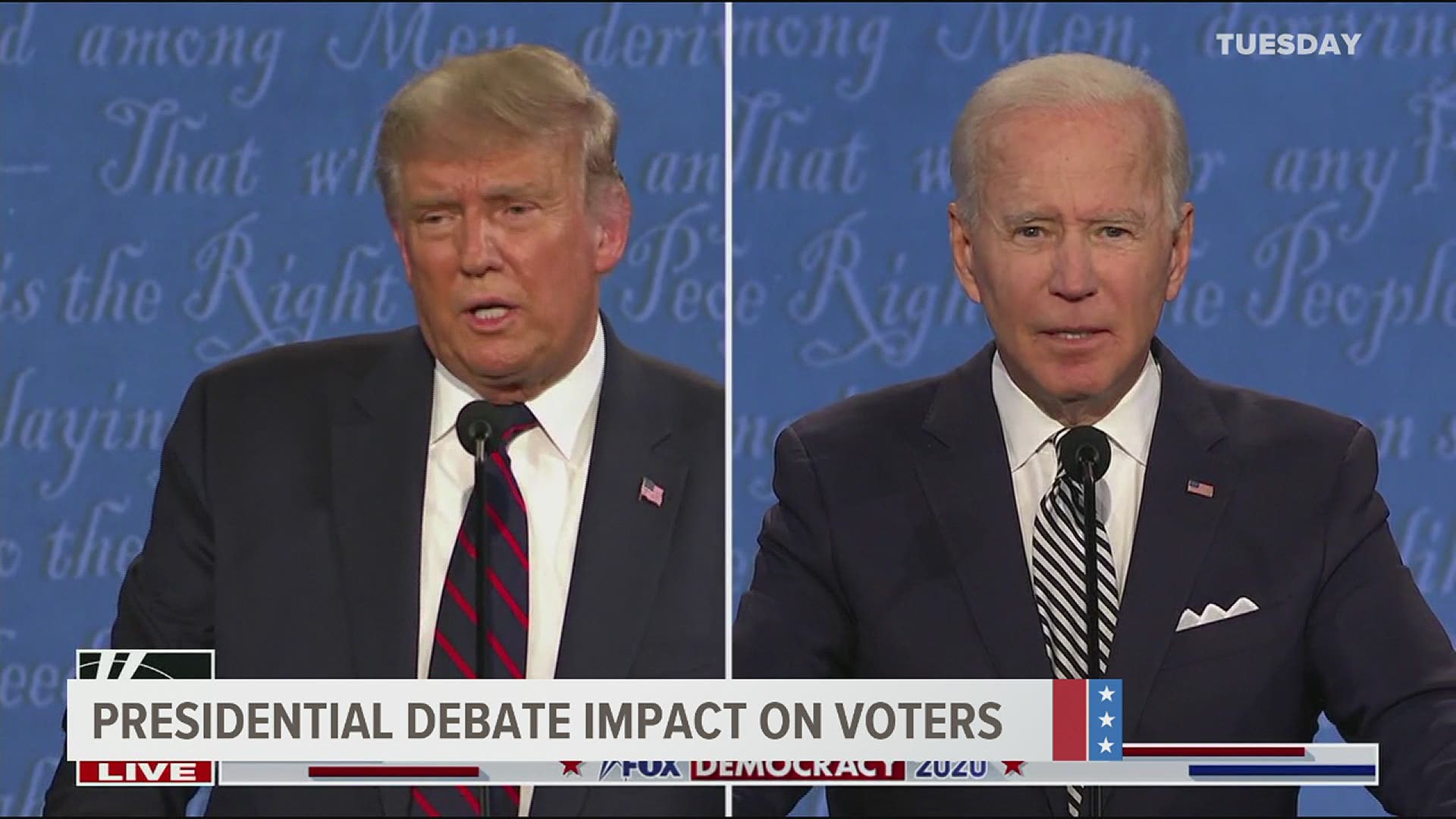 "I think that type of back and forth is the kind of childish behavior the vast majority of voters are tired of," said David O'Connell, an assistant professor of political science at Dickinson College.

Political experts say, the debate was more of a theatrical performance, than one that provided viewers and voters important information.

"I don't think voters gained a lot from watching the debate," said O'Connell. "It was certainly a debate that offered more heat than light."

O'Connell and Koenig both told me they believed Biden had a slightly better performance than President Trump.

"Biden, I felt, performed better in this debate than in the democratic debates," said O'Connell. "His answers more coherent. He was prepared."

Political experts weigh in on who they believe had a better performance of the presidential debate. Early polls show @JoeBiden had a slight edge over @realDonaldTrump. However, in 2016, polls also suggested Hillary Clinton had better debate performances. @FOX43 pic.twitter.com/bUJ6GgQSE4

Early polls from CNN and YouGov show viewers also felt Biden 'won.' YouGov polled about 1,000 people. Forty-eight percent of them said it was Biden who had a better performance at the debate.

"At the end of the day I thought we saw very predictable performances from both candidates," said O'Connell. "And so, it's not going to surprise me that individuals would respond to those candidates the way they were already responding."

However, just because the early polls favor Biden in the debate doesn't mean that's a reflection of what may happen in November. Brandon Koenig, an assistant professor of government and public policy at Franklin & Marshall College says, the polling is similar to the polling done in the 2016 debates between President Trump and Hillary Clinton, which also showed Clinton as the stronger performance.

"Many of them had very negative comments about Trump's performance and felt it was un-presidential, however that's what many felt about him in 2016 and he still won the election."