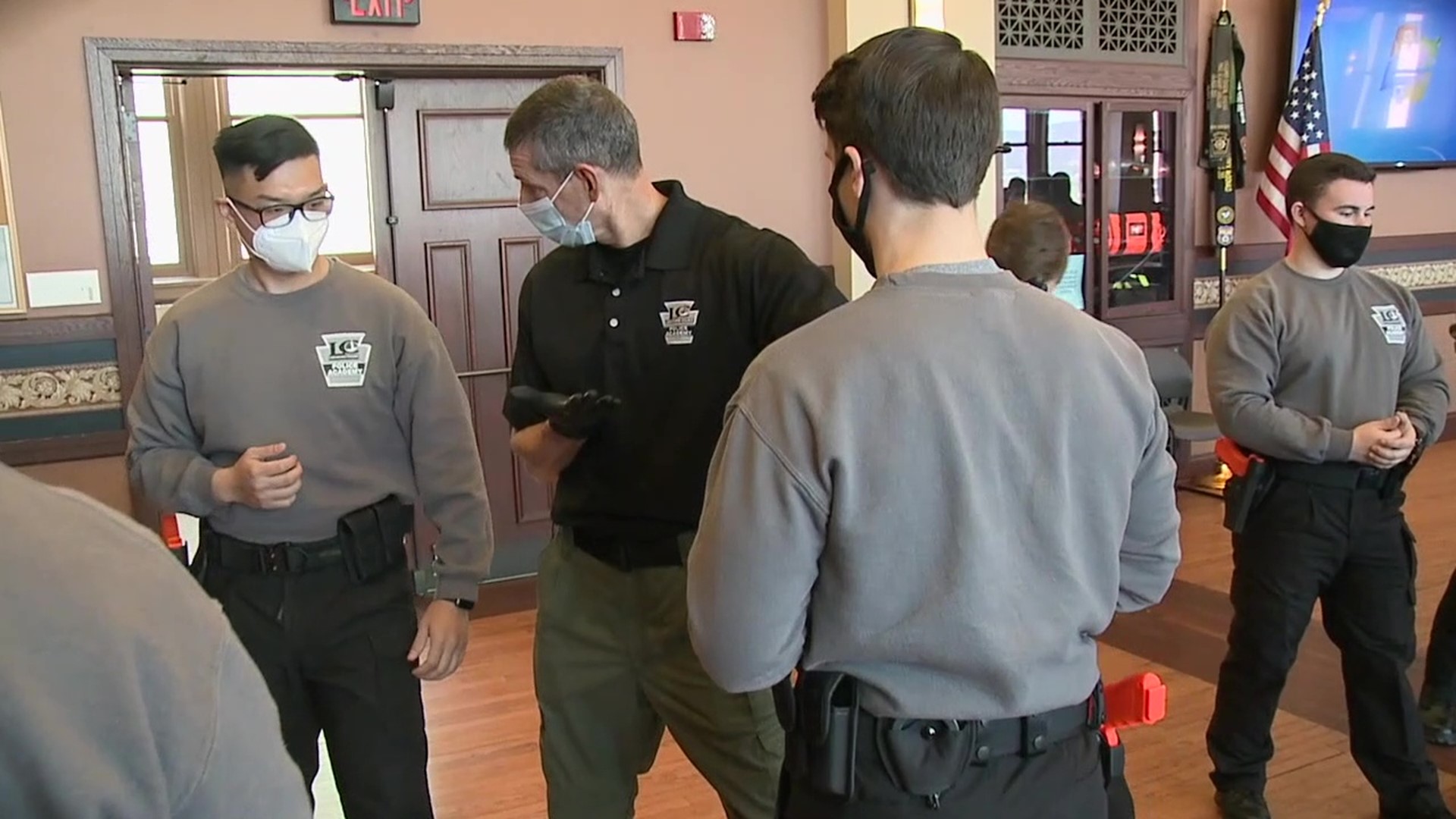 Whether we see it on television or we see it on our cell phones, over the past couple of years, people, specifically people of color, have died at the hands of police.

"We're not 100 percent right, law enforcement, and you know some of my counterparts get upset when I say this, but we did this," John Chilleri said. "We did some of it to ourselves. We really did because we were ignoring some of the problems along the way."

It's a conversation John Chilleri, the director at Lackawanna College Police Academy in Scranton, thinks about a lot. With over 30 years in law enforcement, Chiller is now retired from active police work. In light of the recent national conversation about police and community relations, he wants to be transparent with the public about how cadets are being trained.

"First of all, we train people to deal with the scenario that's in front of them, and as it escalates, we have to use the right technique and tactic to stop the situation."

Since January, a group of cadets has been in the academy, learning a variety of topics from improving communication with citizens in the community to perceptions of human behavior and cultural understandings. The class recently started hands-on training.

"Change the view on policing, you know, I want to gain respect. I also want to give respect and just become part of the community and be that helping hand that people need," said Capt. Liam Rebetje of Class 253.

Sgt. Phil Myers with the Wilkes-Barre City Police Department says training doesn't end in the academy. Officers learn more when they're on the streets.

"I know they will do some scenario-based training out there. And even though the scenario-based training will give you a good understanding of what can occur, it's a little bit different when those controls are in a place where you don't know exactly what the person's going to do and there's an actual true reality that you could either be hurt or killed and not go home to your family," Sgt. Myers said.

Upon graduation from the academy, newly sworn officers in Wilkes-Barre will start a three-month field training officer program to help expand the officer's education and interaction with the public.

RELATED: Chokehold ban proposed in PA along with other police reform

Last year, the city formed a police advisory committee made up of residents from diverse backgrounds to be a resource between police and the public in Wilkes-Barre.

"Wilkes-Barre is taking the steps they need to take with those committees and with that board. I think that's the first step into just making sure that we don't see a situation like Minnesota, and I hope that we never do," said Jimel Calliste, president of the Wilkes-Barre NAACP chapter.

"Education, training, making sure they're coming out of the academy prepared, making sure that they have those on hand, I guess, like internship-style experiences where they're in the field touching community members, seeing how the community's reacting to them, I think that's all-important," Calliste said. "I think that the access for the information from the people in the community to understand and know who our officers are and making sure we're engaging, and think that's very important especially where we're at now."

"When you build trust with the community, then you have a relationship with the citizens who then feel that they can talk to you about different things," said Kirk Mercel, community policing officer.

"We have a lot more people that are eager to get the job done," Calliste added. "We have more committees now than we've had in previous years, and I think that's because of the energy that's around, people wanting to see change."

Lackawanna College Police Academy officials say by next year, all municipal police officers in Pennsylvania will be required to complete hands-on control tactics.

"Part of the discussion today for law enforcement and society, 10, 15 years ago would have never been, and we have to deal with that," Chilleri said. "There are different acceptable things that are acceptable now and openly discussed what needed to be, and that has to happen. Never would have been discussed 10, 15 years ago, and that means law enforcement has to continually address it."

Continuing an open conversation between the police and the people is something all involved believe is needed to help keep the peace in our communities.