Newswatch 16's Chelsea Strub and photojournalist Corey Burns took a detour on their way home from coverage of Tropical Storm Henri in Connecticut. A pizza detour. 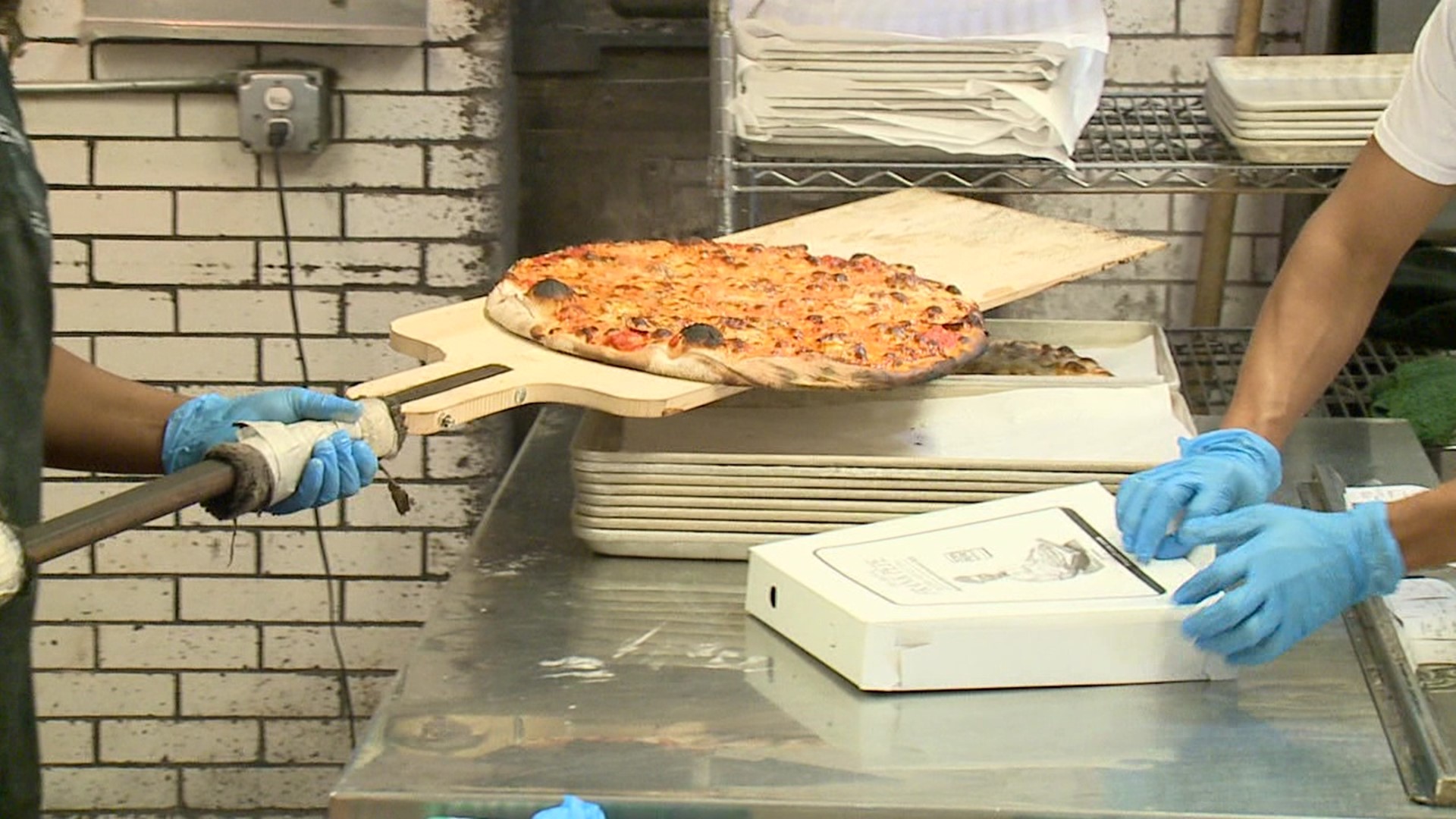 NEW HAVEN, Conn. — In northeastern and central Pennsylvania, we have Old Forge, the pizza capital of the world, but there are some critics and locals who would disagree and say New Haven, Connecticut, has the best pizza.

So when Newswatch 16's Chelsea Strub and Corey Burns were sent here to help WNEP-TV's sister station with coverage for Tropical Storm Henri, they could not leave New Haven, Connecticut, without reporting back to our viewers at home about the pizza found on Wooster Street.

"Got to try it, just out of this world," says Kathy Graham, a native of New Haven.

You'll know you're on Wooster Street because it smells like brick-oven pizza. The street is lined with pizza shops and Italian flags too.

We stopped inside Frank Pepe Pizzeria Napoletana to see how the New Haven-style "apizza" is made: with slices of mozzarella cheese and then baked in a 14-foot brick oven.

"It's thin crust. The sauce is amazing. It's got good crunch. It's the way they cook it. It's an old-style, I think. It just makes it charcoal-crisp delicious," said Janine Burt of Westport, Connecticut, who says she grew up eating this pizza.

"Everything about it is perfect. They nail it," said James Laughlin of Orange, Connecticut.

When we asked him how to describe the pizza here, he said, " it's just better than yours."

Alright, well, those are the opinions of the locals here in New Haven, but we learned it should be taken with a grain of salt.

"I don't care where you're from; this is where you come to," Laughlin continued.

"Have you ever had northeastern Pennsylvania pizza?" we asked.

Graham had never had a slice of northeastern Pennsylvania pizza either.

How about someone from Colorado trying it for the first time?

"I don't speak Italian at all. None. But my palate is screaming 'fantastico!'" said Sean Atwood of Colorado.

Then we found an opinion we thought was a little more credible. A woman we met on Wooster Street said she is from Jim Thorpe, Carbon County.

"I am a loyal NEPA pizza lover and been to Old Forge and enjoy Jim Thorpe pizza also. And now I'm getting to enjoy pizza in New Haven with my family," she said.

But even she wouldn't give us a straight answer about how she thinks the pizza that brings people from all over the world to New Haven, Connecticut, compares with what we know and love back home.

"Bottom line is, everybody loves pizza. A good pizza, I would say," she laughed.

I guess we can all agree with that.