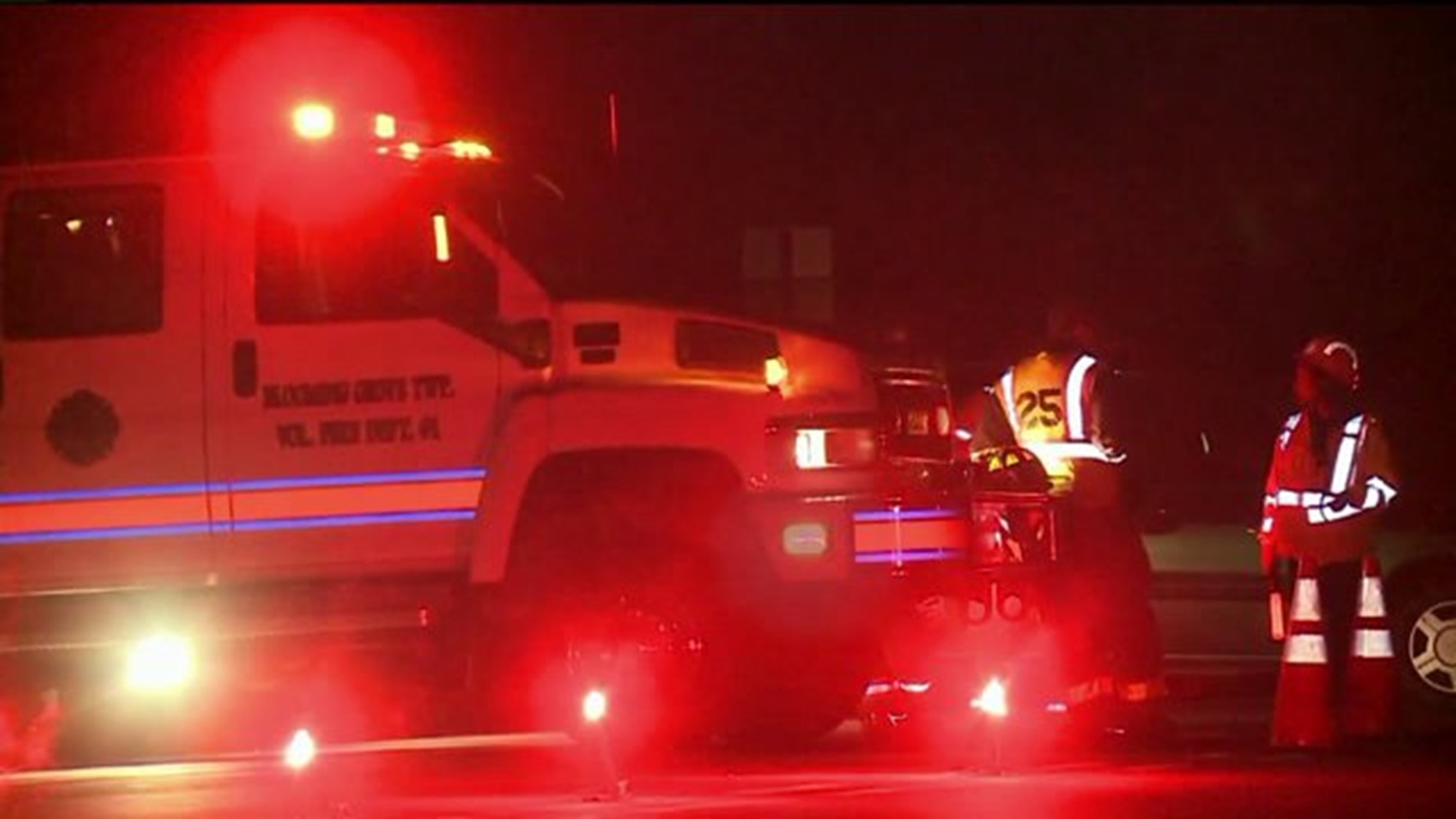 Cpl. Bryon Dickson, who had been with state police since 2007, was killed in a shooting Friday night at the State Police barracks at Blooming Grove.

Trooper Alex Douglass was injured and is recovering.

State police said they do not have anyone in custody for what police are calling an ambush shooting. Officials also said the troopers were not shot at a close range.

"It's a cowardly attack. It's attacked upon all of us in society and the people of Pennsylvania," said Noonan.

State police said more than 100 law enforcement officials from New York, New Jersey and here in Pennsylvania have searched the Blooming Grove area for a suspect or suspects and, so far, nothing.

"We are convinced that this individual is no longer in that immediate area," said Lt. Colonel George Bivens.

Officials believe this was a targeted attack but urge people in Pike County to be alert.

"I understand that many members of the community are concerned, and I can understand they're concerned, but we have a very dangerous armed criminal that has already killed one Pennsylvania state trooper and injured another that is not in custody and we do not believe any other person is at risk, this attack was focused specifically at law enforcement," said Noonan.

State police said they will be conducting hundreds of interviews over the next few days in relation to the shooting. But again, there is no one in custody.

State police are offering up to a $50,000 reward to anyone who gives information leading to an arrest.