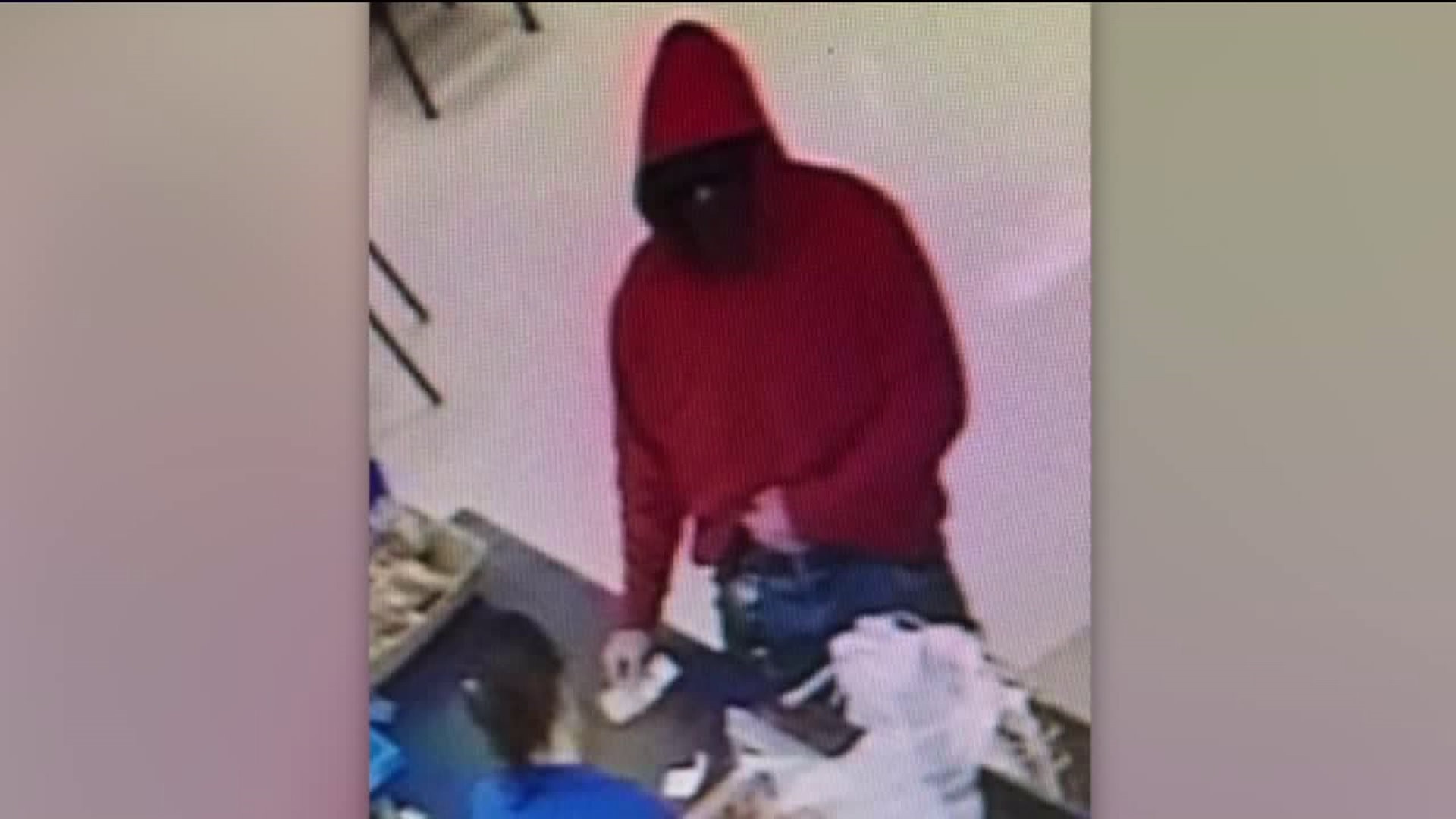 LEHIGH TOWNSHIP, Pa. -- The search for a suspected armed robber had state troopers searching a wooded area near Gouldsboro.

That armed robbery happened back in April at a grocery store in Pike County.

State troopers set off into a wooded area in the Pocono Ranchettes housing development on Route 507 near Gouldsboro in search of that suspected robber.

State police have been looking for the man who police say he held up a cashier at Dutch's Market in Pike County after flashing a weapon.

Dutch's manager Joe Novobilski was working at the time.

“Well, I wasn't even sure of what happened at first,” said Novobiliski. “The girl who was running the register, she just looked at me and was white as a ghost and she told me what happened, and it's almost unbelievable, so you get on the phone, you call 911.”

State police say they tracked down their suspect through numerous interviews, which lead them to this development the night before.

They responded again Tuesday when their suspect was spotted in the woods behind a home.

Novobiliski says state police have checked in with them frequently over these last few months, giving them updates on the investigation.

“They've stopped in several times, letting us know what was going on, they were still looking,” said Novobiliski.

The police search moved onto a second development along Route 507, which ended without police finding their man.

“Been up here I'd say probably 13 years now, and we've always been coming here, and we never encountered anything like this,” said Ralph Filieri from Newfoundland.

At this time state police have not released the name of the man they are looking for.