Search for Suspect in Shooting at State Police Barracks 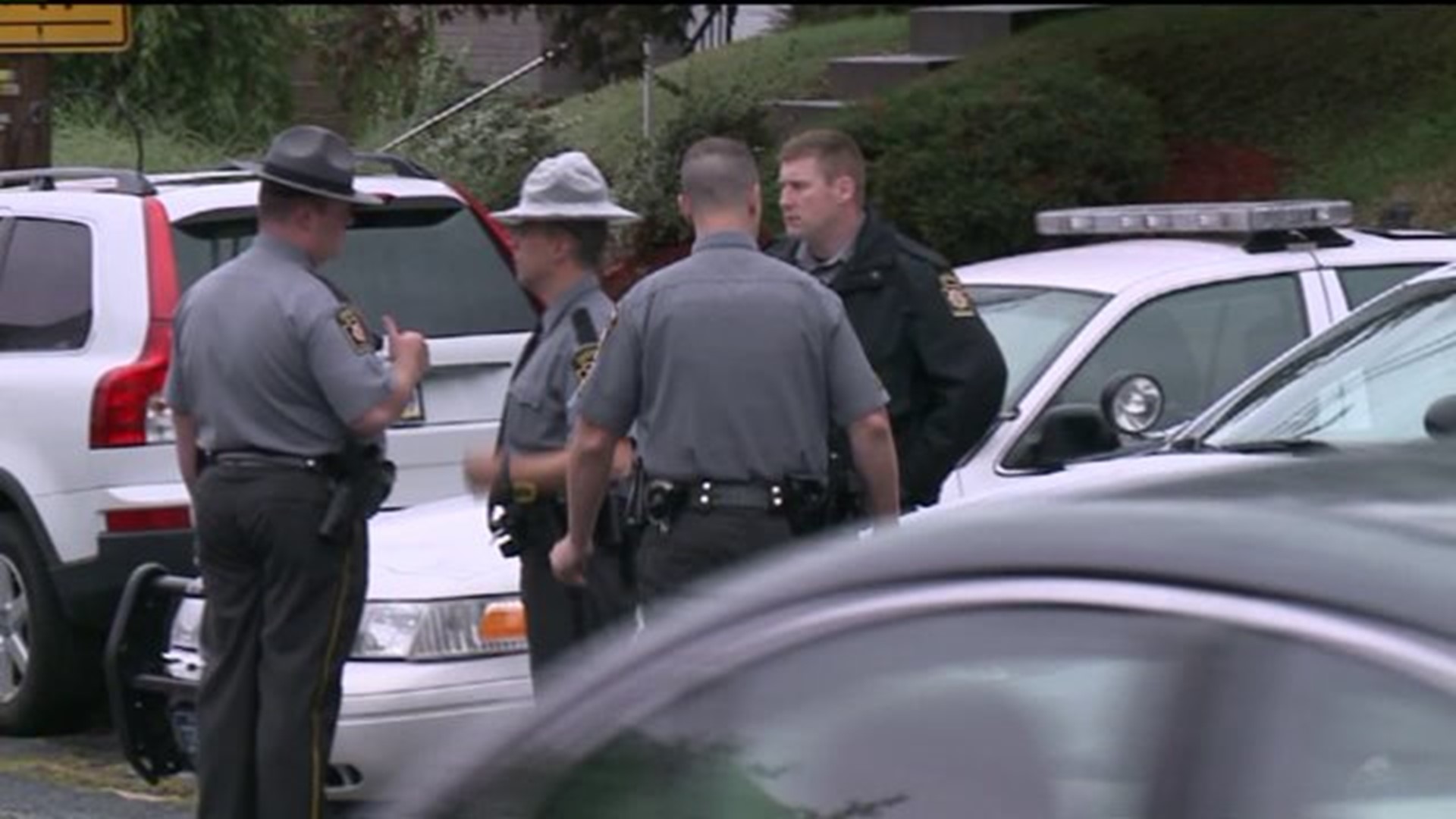 BLOOMING GROVE TOWNSHIP -- The search for suspects in the ambush at the State Police Barracks at Blooming Grove continued Saturday evening, almost a full 24 hours after the attack that left a State Police corporal dead and a trooper injured.

Police from three states have been taking part in the hunt for the shooter, trying to find the person who killed one of their own.

In Pike County, police fanned out, searching for the shooter in the area around the Blooming Grove barracks.

The manhunt took them through the Skyview Lake Development in Greene Township, where neighbors were stunned by the unusual show of force.

"I have never seen so many state troopers at one time in here, ever," remarked Kevin McDougal of Greene Township.

McDougal says he'll do whatever he can to help.

"I am going to go look around right now, make sure I don't see anything obvious. I am going to drive the neighborhood."

Neighbors say there are lots of empty homes here where someone could easily hunker down.

Evelyn Gruchacz said she was "concerned about them breaking into a house. We have a lot of vacant houses back here, which they could go in to hide."

Police also could be seen in and around a campground in Promised Land State Park.

"I think the state police have it under control," said Jennifer Helm of New Jersey, "and I think the park office would evacuate us if they felt it was important for our safety."

Campers said, while they heard about the shootings, they were surprised to find their weekend retreat put them in the midst of the search for a killer.

"I feel really bad for the families of the two gentlemen who got shot," said Ed Clarke, also of New Jersey. "Obviously, it was not something they were expecting, and I hope for all the other state police sake, that they catch them soon."

As police in Pike County were hunting for the shooter, police in Lackawanna County were protecting the home of the trooper who lost his life.

Officers on the scene said his family is asking for privacy. Neighbors say Dickson leaves behind a wife and two young sons.