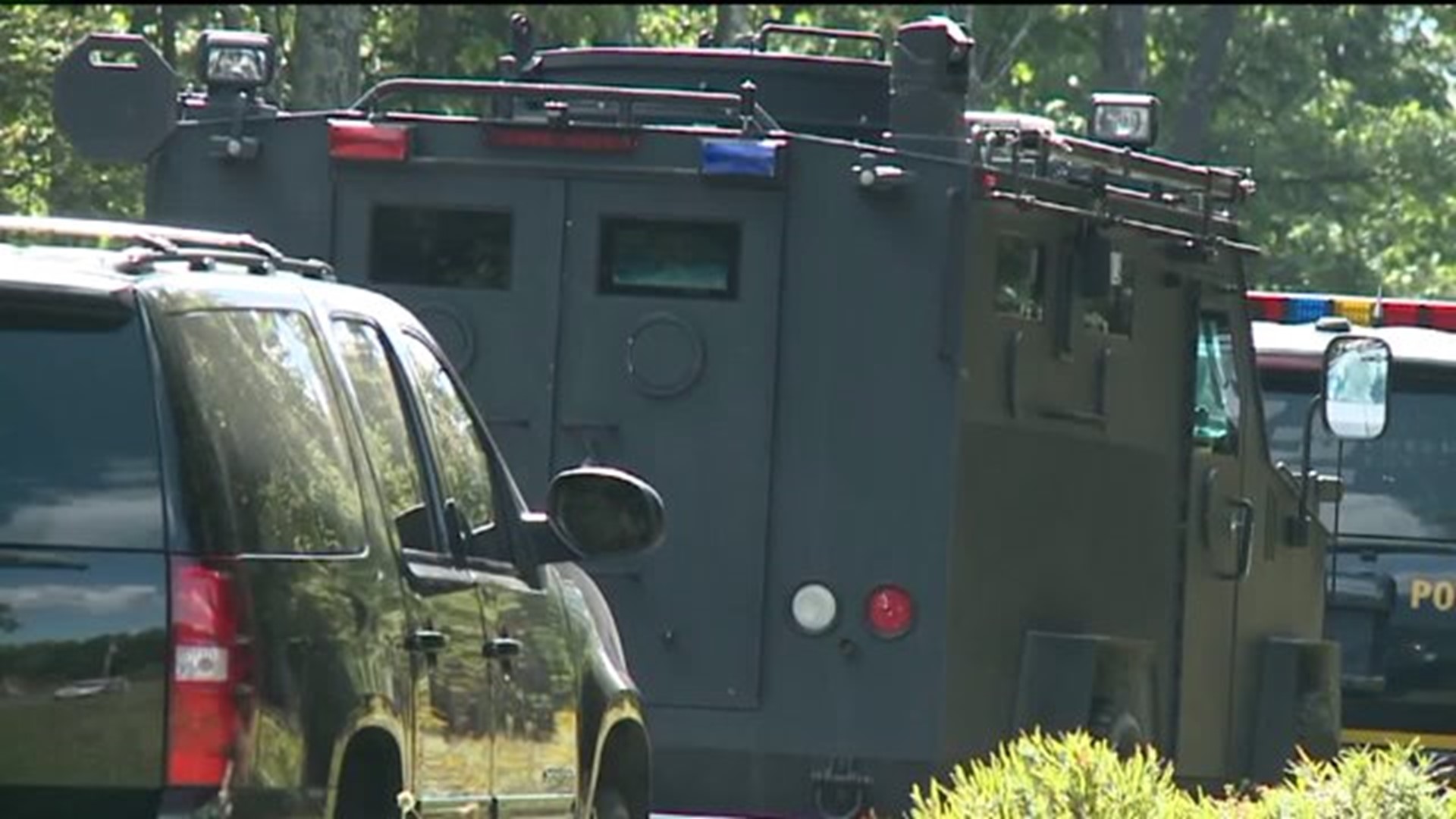 BLOOMING GROVE TOWNSHIP -- As family, friends and colleagues said goodbye to Corporal Bryon Dickson, the search continued for his killer.

The manhunt for suspected trooper killer Eric Frein continued in Pike County and this afternoon at a news conference, agents said the suspect is now listed as one of the FBI's 10 most wanted fugitives.

Earlier this afternoon, we saw some of the hundreds of law enforcement officers out searching for Frein.

State police are teaming with several different agencies and different states to track down Frein.

The FBI is now offering a $100,000 reward for information that leads to the shooter.

Troopers also tell us they have a strong reason to believe at this time that Frein remains in the Blooming Grove area.

Throughout the day, search crews have been systematically working through dense woods in teams to search for Frein on the ground and in the air.

He is being described as a mostly self-taught survivalist. State police say the 31 year old belongs to a military reenactment group. Troopers say he is known for playing war games and has been shooting guns since he was in school.

Now the FBI promises to assist in any way possible both in Pike County, across the country, and around the world.

"Manpower, air, technical, whatever they need, we're doing it. We'll take our lead off of them and we have been helping them all along," said FBI Special Agent in Charge Edward Hanko.

Anyone with information on Frein's whereabouts is asked to call state police at 866-326-7256.

The FBI's reward is in addition to the $75,000 reward already being offered.