LAKE WALLENPAUPACK, Pa. — In Wayne County, dive teams were back on the water searching for a missing man. Jeffrey Greene’s empty boat was found floa... 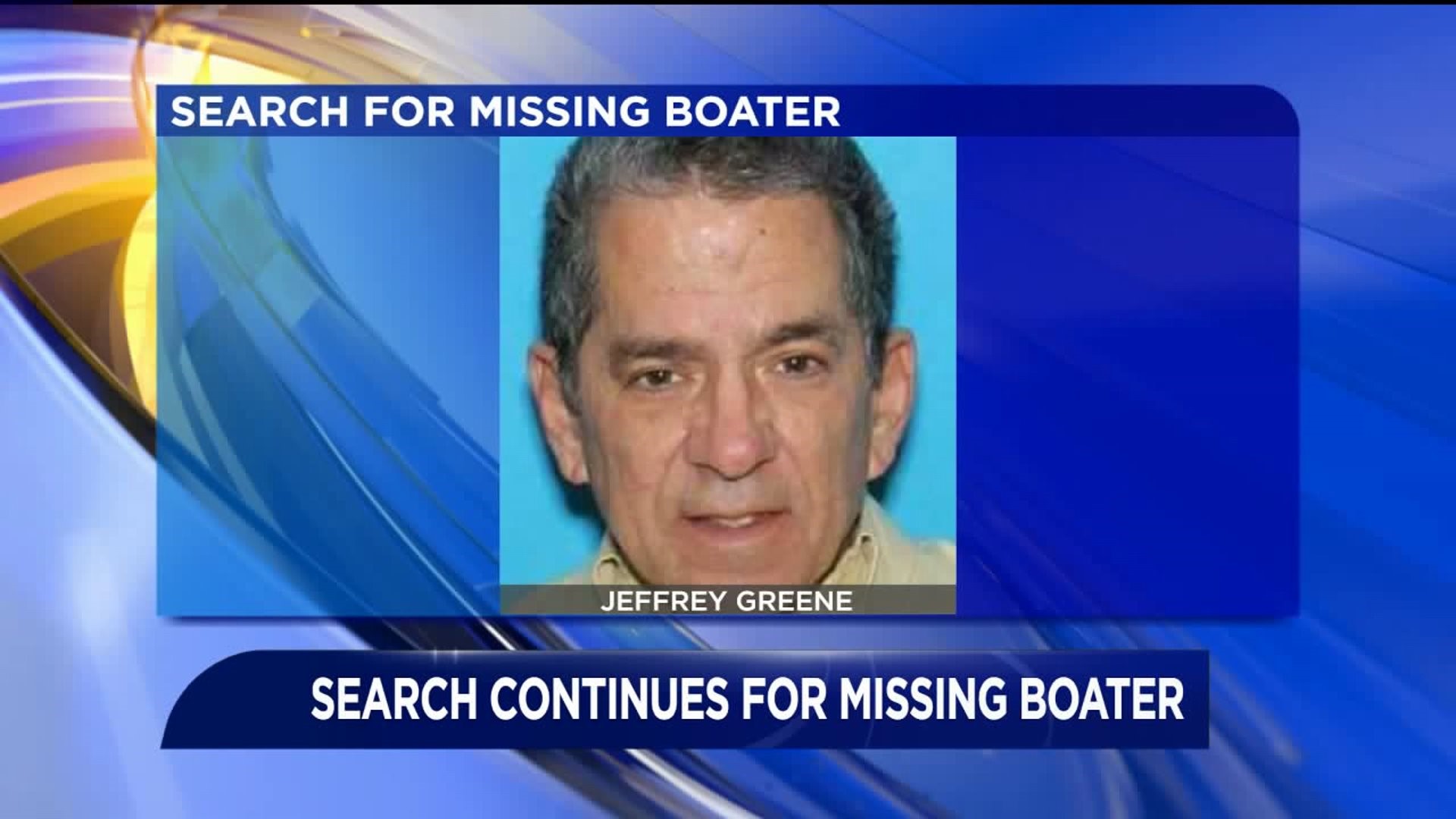 LAKE WALLENPAUPACK, Pa. -- In Wayne County, dive teams were back on the water searching for a missing man. Jeffrey Greene's empty boat was found floating on Lake Wallenpaupack last week.

Members of the Ledgedale Dive Rescue team say they were out on the water around 6:15 Monday morning coming back to shore just before 8:00 Monday night. They've been searching for Greene since Wednesday afternoon.

A boat carrying members of the Ledgedale Dive Rescue Team could be seen skimming the waters of Lake Wallenpaupack as another day went by in search for Greene. State police say 64-year-old Greene has been missing since Wednesday afternoon after his boat was found empty here on the lake.

Tafton Dive Team Captain Richard Groo says his members have been out with Ledgedale Dive Rescue Team on the water using sonar to find Greene.

“Just countless hours, just running sonar, searching. We had a couple hits, pings that we thought was a point of interest. We would send a couple divers down, just to clear that,” Richard Groo said.

Ledgedale says its team spent more than 12 hours on the lake. That’s because state police brought in a special K-9 unit to help, as well as a more sophisticated sonar, but still had no luck. Groo says the water rescue is now a recovery.

“For somebody to go missing like that, it’s really sad, it’s not what they come up to do,” BJ Pendell of Hawley said.

“I couldn’t imagine what they’re going through. I actually had a son that drown as well, and we’re still not over it. It was about six years ago,” Brian Sinkulek of Wallenpaupack said.