Rescue of Trophy Buck on Frozen Lake Caught on Camera

LACKAWAXEN TOWNSHIP, Pa. — Hunters across our area will have plenty of stories about the deer they shot or the ones that got away, but a few hunters had t... 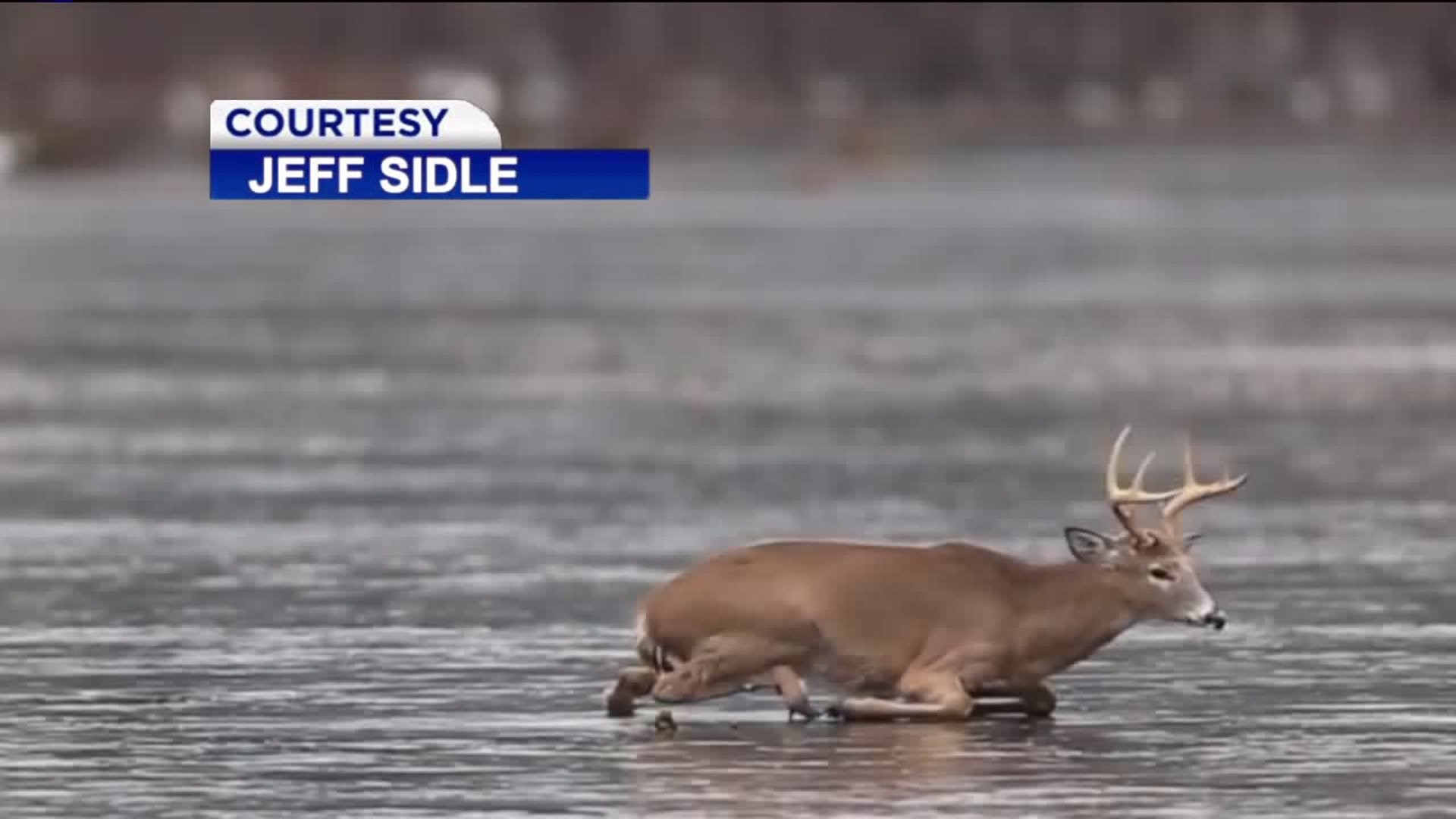 LACKAWAXEN TOWNSHIP, Pa. -- Hunters across our area will have plenty of stories about the deer they shot or the ones that got away, but a few hunters had the chance to save an eight-point buck from a frozen lake in Pike County, and it was all caught on camera.

You may not be able to hear it in the video from Saturday at Greeley Lake near Hawley, but you can certainly see the struggle the eight-point buck was having on the ice.

Photographer Jeff Sidle had his lens trained on the animal and shared this video.

"He must have made it out that far, slipped and fell, and couldn't get back up," said rescuer Josh Davis.

Josh Davis and Ed Schmalzle wondered what they could do about the stranded buck. The deer was far out there, and the ice was thin.

"I wouldn't want to see the deer suffer," Davis said. "I am a hunter. There's a giant difference between an animal being harvested humanely and one being left out to die on the frozen ice."

No one was really sure how long that buck was out on Greeley Lake on Saturday. They ran over to Camp Shohola, grabbed a boat to start the rescue effort – an effort that took a lot of time and a lot of care.

"Even with the boat distributing my weight, the boat was still cracking the ice up," Davis recalled.

You can see Davis finally reach the deer, lasso him, and bring him back to shore before the animal ran off.

"If it wasn't for him, the deer might have been laying out there yet," said rescuer Ed Schmalzle.

There's still some rope along the lakeshore from the rescue and a sense that these hunters did what they could to help a helpless creature.

"If someone did happen to get him on Monday, that's feeding a family as opposed to him sitting out there going to waste," Davis added.

"People don't realize that just because hunters go out and kill that they're not humane or they don't have those feelings about animals and the environment. That's the way we are. It captured who we are," added photographer Jeff Sidle.