As the summer winds down, people are trying to get in some last-minute vacation time camping, despite the rainy forecast. 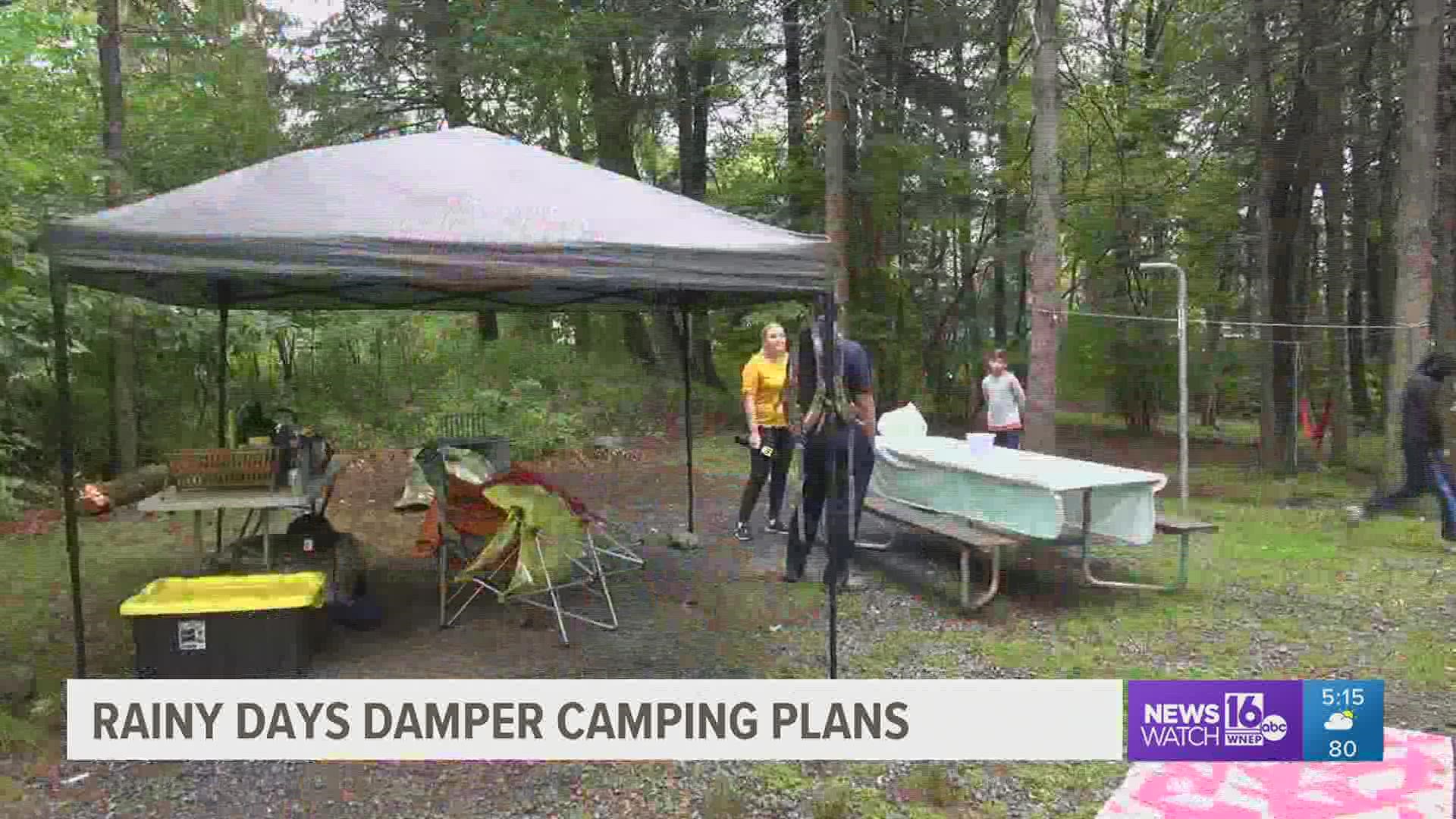 PIKE COUNTY, Pa. — Promised Land State Park in Pike County has had a steady stream of campers all summer.

Park Manager Tarah Brugger says the park was prepared to have another busy summer this year, and so far, it has been.

"Last year was definitely, I think, the peak, I think, any state park saw with camping, but this year has been a little less, but still definitely more than most years. We've had an uptick in camping which is good to see people are still coming out and enjoying their parks."

Park officials and campers have been following the weather forecast for this week. It doesn't look promising to stay dry, which means plans for the last hurrah of summer can change.

Brian Rabinowitz and his family decided they didn't want to end their camping trip on a soggy note and were packing up to head home to New York.

"We got a head-up there was going to be some rain, but then as we got closer and saw rain and rain and thunderstorms, and then more rain, and wondering how we're going to break down camp in the rain. Instead, we'll break down a day ahead."

Some campsites are already empty from people who have packed up and left, but some campers have decided to stick it out.

"Rain gear all day long, tarps all day long. Brother with a camper like this helps a lot, " Vince Martorana said.

Martorana and his family planned this trip months in advance and said a little rain wasn't going to spoil their time with family.

"Take the good with the bad, I guess, and it hasn't been too, too bad. We've certainly been through worse, but you know, we'll just hunker down today, and hopefully, tomorrow is a better, sunnier day."

Promised Land State Park officials say if the threat of rain doesn't bother you, some campsites are available for this weekend.