BLOOMING GROVE TOWNSHIP, Pa. — Police say they uncovered a prostitution operation at a spa in Pike County. Lori Possinger, 47, of Stroudsburg, and Patrice... 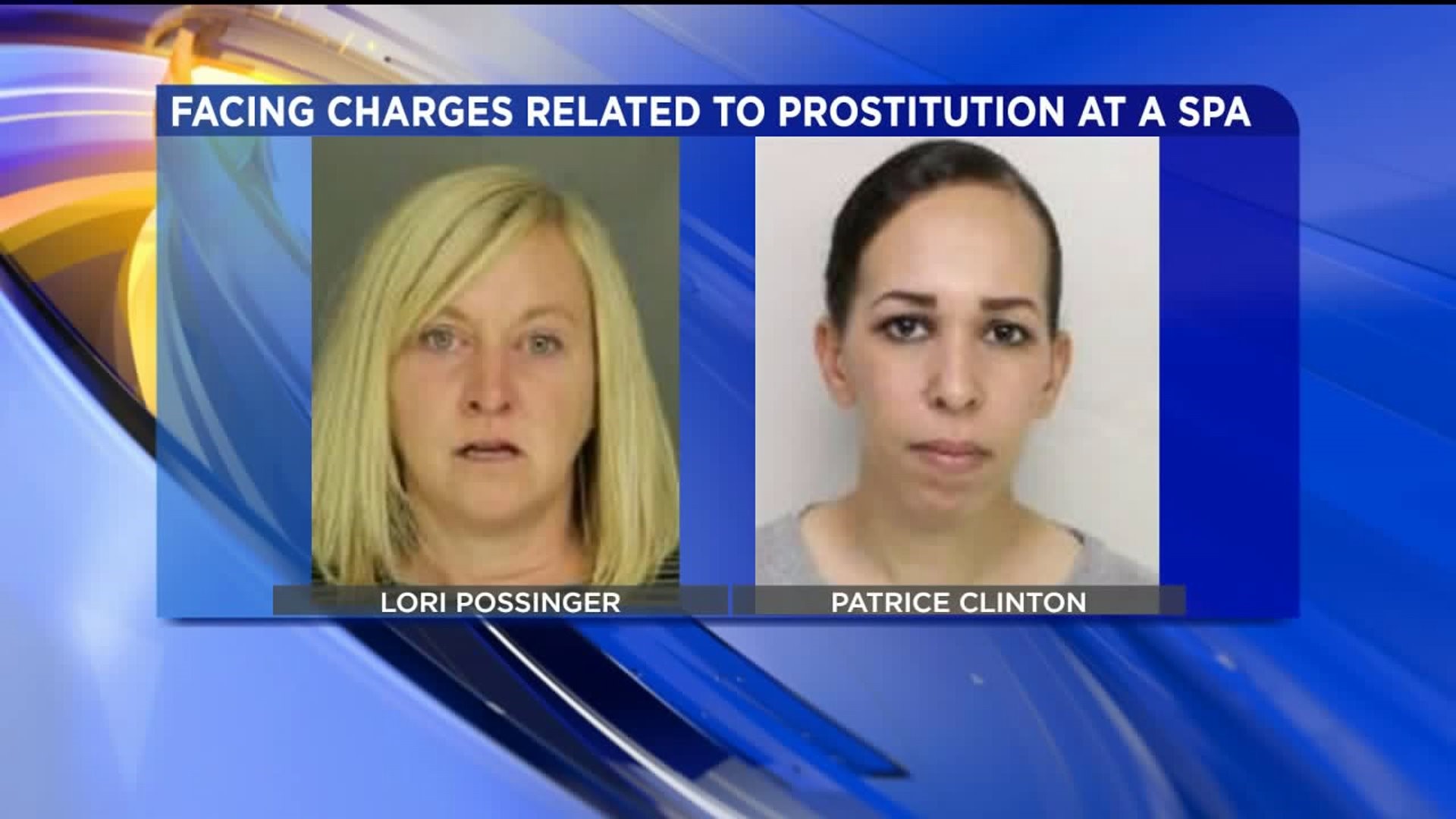 Lori Possinger, 47, of Stroudsburg, and Patrice Clinton, 36, of Lake Ariel, are facing the most serious charges, including promoting prostitution and tampering with evidence.

Troopers say the six others either performed sex acts or paid for them.