MATAMORAS, Pa. — Police are investigating after a fire and explosion of a UPS truck in Pike County. An image sent to Newswatch 16 shows the truck in flame... 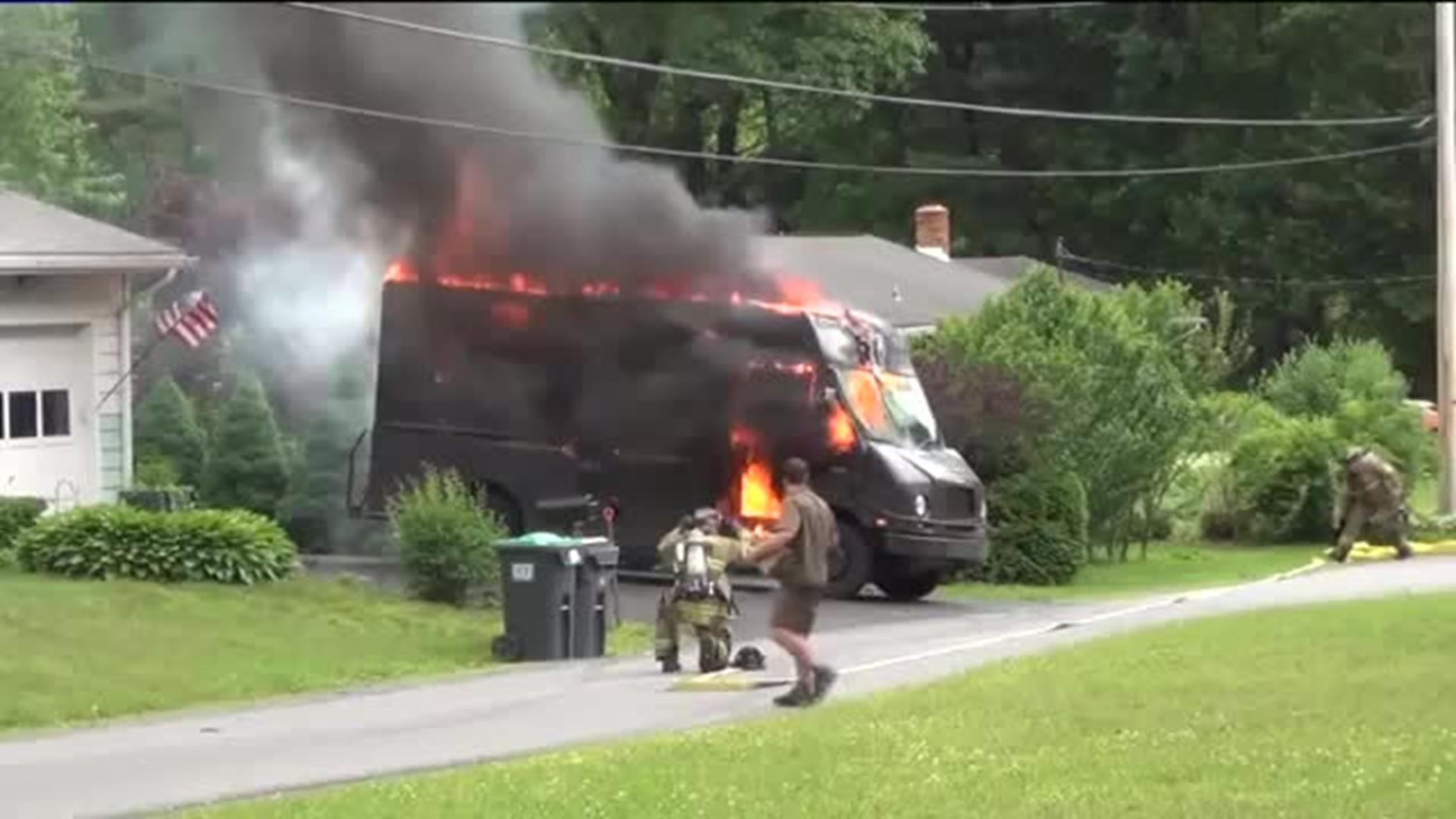 MATAMORAS, Pa. -- Police are investigating after a fire and explosion of a UPS truck in Pike County.

An image sent to Newswatch 16 shows the truck in flames at a home on Rose Lane in Matamoras just after noon on Tuesday.

Police tell Newswatch 16 that driver was in the back of the UPS truck parked in a driveway shortly after noon when he heard a hiss, an explosion, and saw flames.

He got out the front of the vehicle.

Bob Innella caught the moment when the UPS truck became engulfed in flames.

The owners of the home were not there at the time and the home wasn't damaged.

Fire crews got here quickly and put out the flames.

There is not much left of the UPS truck and everything inside a charred mess.

A state police fire marshal was called in to investigate and determined the fire started in the back where the packages are stored but the company is working with police to narrow down which item started the fire.

"You can see smoke was everywhere then it just, what happened was the wind engulfed it and fed it. We got strong breezes then. It was just a massive fire," said Bob Innella.

There were a number of things destroyed in that UPS truck from a weed wacker to a coffee maker.

The UPS driver was taken to the hospital to be treated for breathing in smoke. He's expected to be OK.

The truck has been towed and now investigators are trying to narrow down the cause.