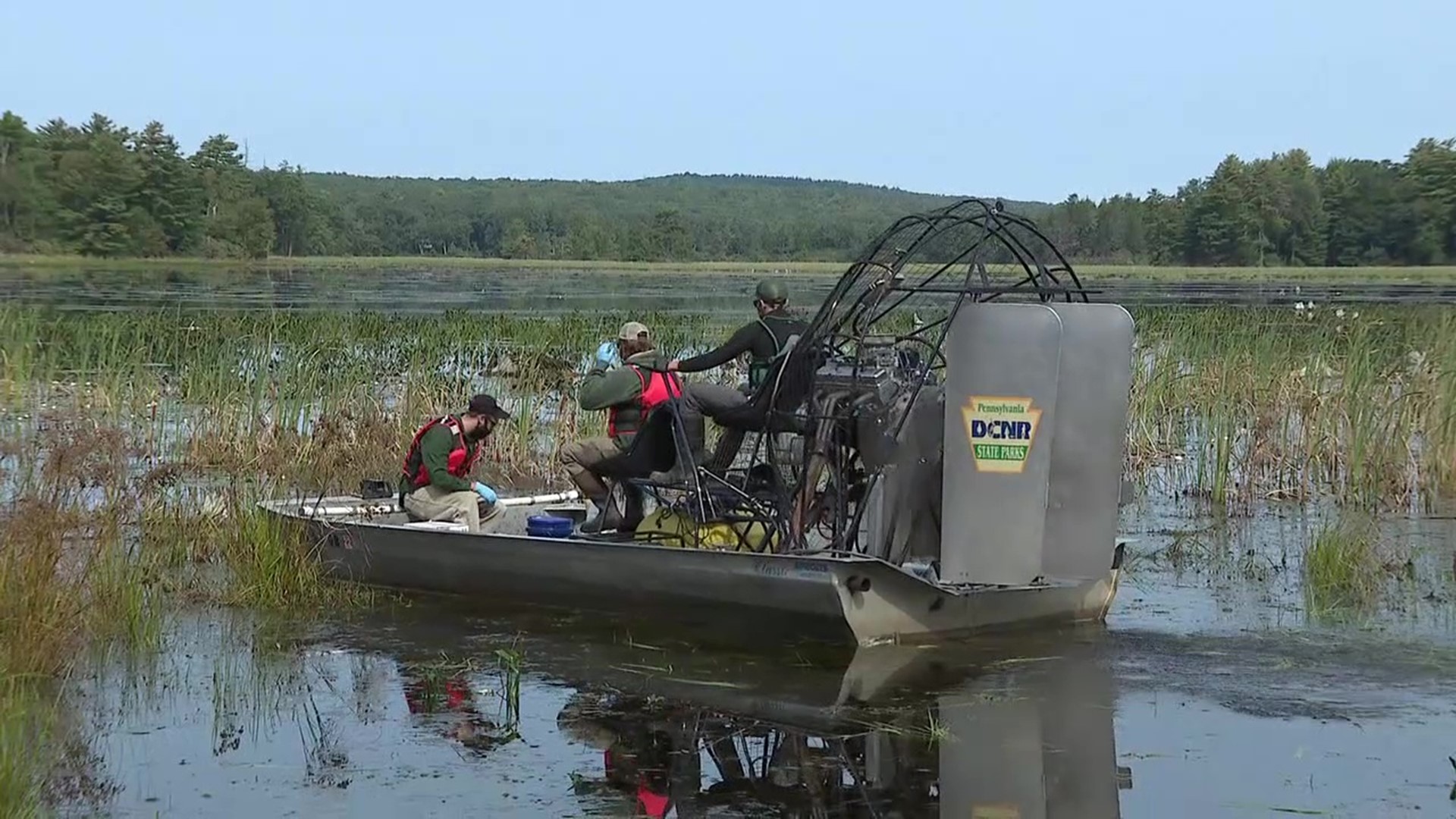 PIKE COUNTY, Pa. — It's a problem some people in Pike County have been complaining about for years, and finally, something is being done to clean up the weeds and mess on the water at Pecks Pond.

The boat outside of Debbie and Bob Schmidt's second home at Pecks Pond near Blooming Grove has sat still for over four years. They simply can't access the water because tons of weeds and overgrown vegetation have kept them out.

They hope that's about to change.

The Department of Conservation and Natural Resources (DCNR) was on the water, spraying the pond with herbicide for the first time this fall.

"It's nice," Bob Schmidt said. "It's about time, it's been like over four years already since it's been like this, so hopefully it gets the job done."

The idea is to kill off all the aquatic vegetation on top of the water, so it has a less likely chance of growing back next spring.

"We were hoping to do this treatment a little bit earlier, but we still are in the feasible time that out treatment will have an efficient effect on the plant life, so I think people are excited and they're looking forward to seeing how to Pecks Pond can come back to what it used to be over the next several years," said district forester Tim Dugan.

"The water was clear up here in the '80s, late '80s and that, very few lily pads. You can go anywhere on this pond, in a rowboat without any problems," Schmidt said.

The Schmidt family hopes one day soon they'll be able to sit on their bench again and enjoy their once-beautiful view.

"Just getting out there and relaxing and fishing and being in the boats or the kayaks and just enjoying nature, you know that's why we're here, and that's what we're hoping for," said Debbie Schmidt.

Those who have waterfront homes are hoping this treatment works, so Pecks Pond can be brought back to its natural beauty.