MILFORD — Opening statements followed by testimony in the long-awaited Eric Frein trial are scheduled to begin Tuesday morning at the Pike County Courthou... 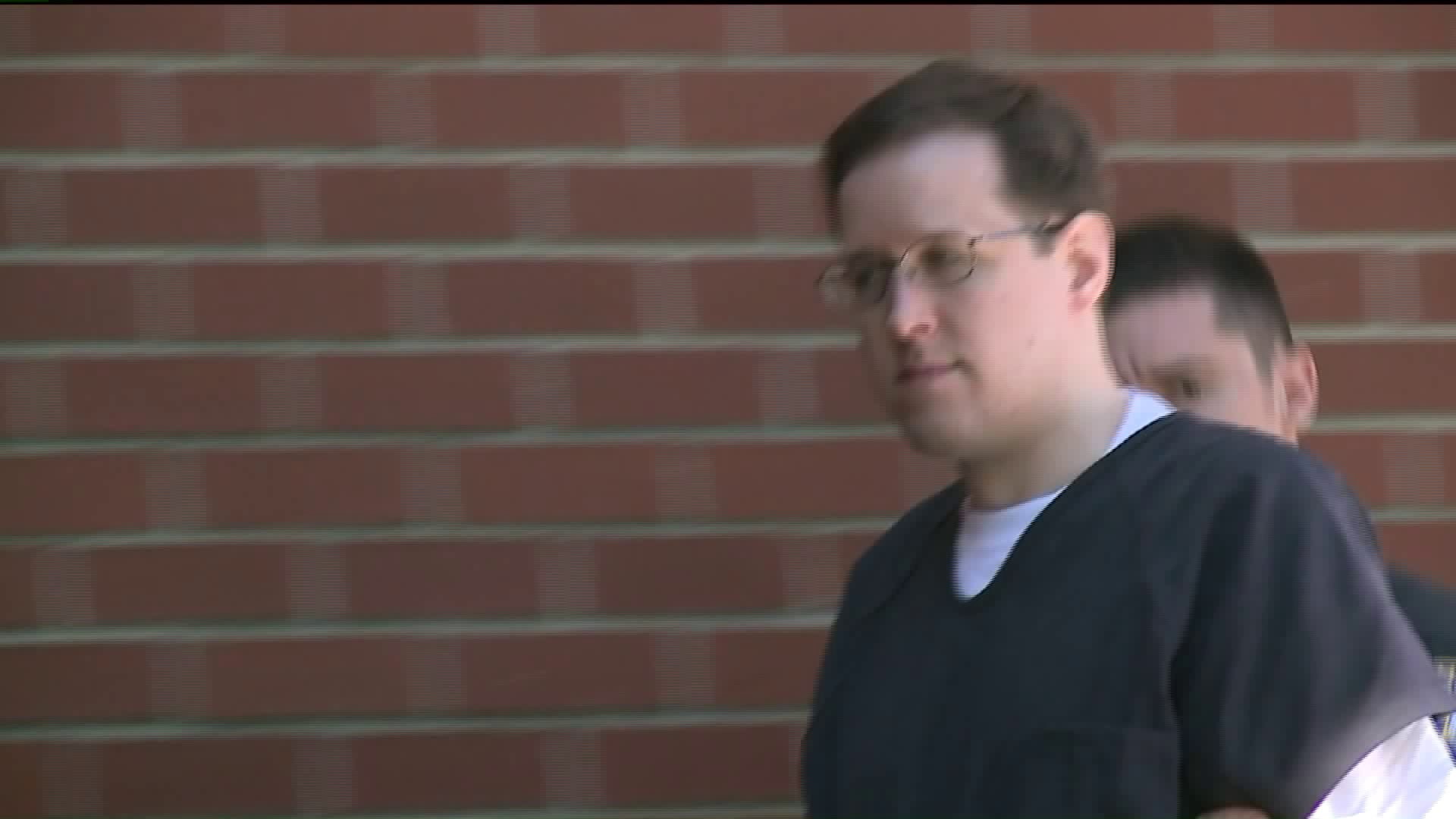 MILFORD -- Opening statements followed by testimony in the long-awaited Eric Frein trial are scheduled to begin Tuesday morning at the Pike County Courthouse in Milford.

The trial of accused trooper killer Eric Frein will be presented to a jury inside the Pike County Courthouse in Milford.

A black covering shields the area where Frein himself and witnesses enter and leave the courthouse. News media live trucks were set up outside for most of the day Monday. It is a lot of activity in this otherwise quiet community.

It has been about two and a half years since the shooting outside the Blooming Grove state police barracks that left Corporal Bryon Dickson dead and Trooper Alex Douglass seriously wounded.

There was a 48-day manhunt that led to the capture of Eric Frein of Barrett Township.

A Pike County judge ruled late Monday that prosecutors can use a video interview with Frein as evidence in this trial.

Some people say they are eager to get inside the courtroom to hear this case.

Outside St. Patrick's Church in Milford, there are large blue ribbons in support of state police during this trial and at some homes, too.

We just want to show support for the families, all the families involved in this and hopefully this will be something over fast and we can all move on and forget about this in our lives because it was a horrendous act,” said Pike County Commissioner Matthew Oseterberg, who has two ribbons outside his Milford home.

Kevin Gossett has a flag in support of fallen members of law enforcement outside his Milford house.

“Can’t see him being innocent,” he said of Frein.

"We expect that the courts will get this through, fast and expedient, as fast as they can, I'm sure but also to give a fair trial. I mean all this stuff has to happen. That's our system,” said Osterberg.