More than a Week Without Power in Pike County

DINGMAN TOWNSHIP, Pa. — Thousands are still without electricity after a storm wiped out power in Pike County. More than a week later, people are frustrate... 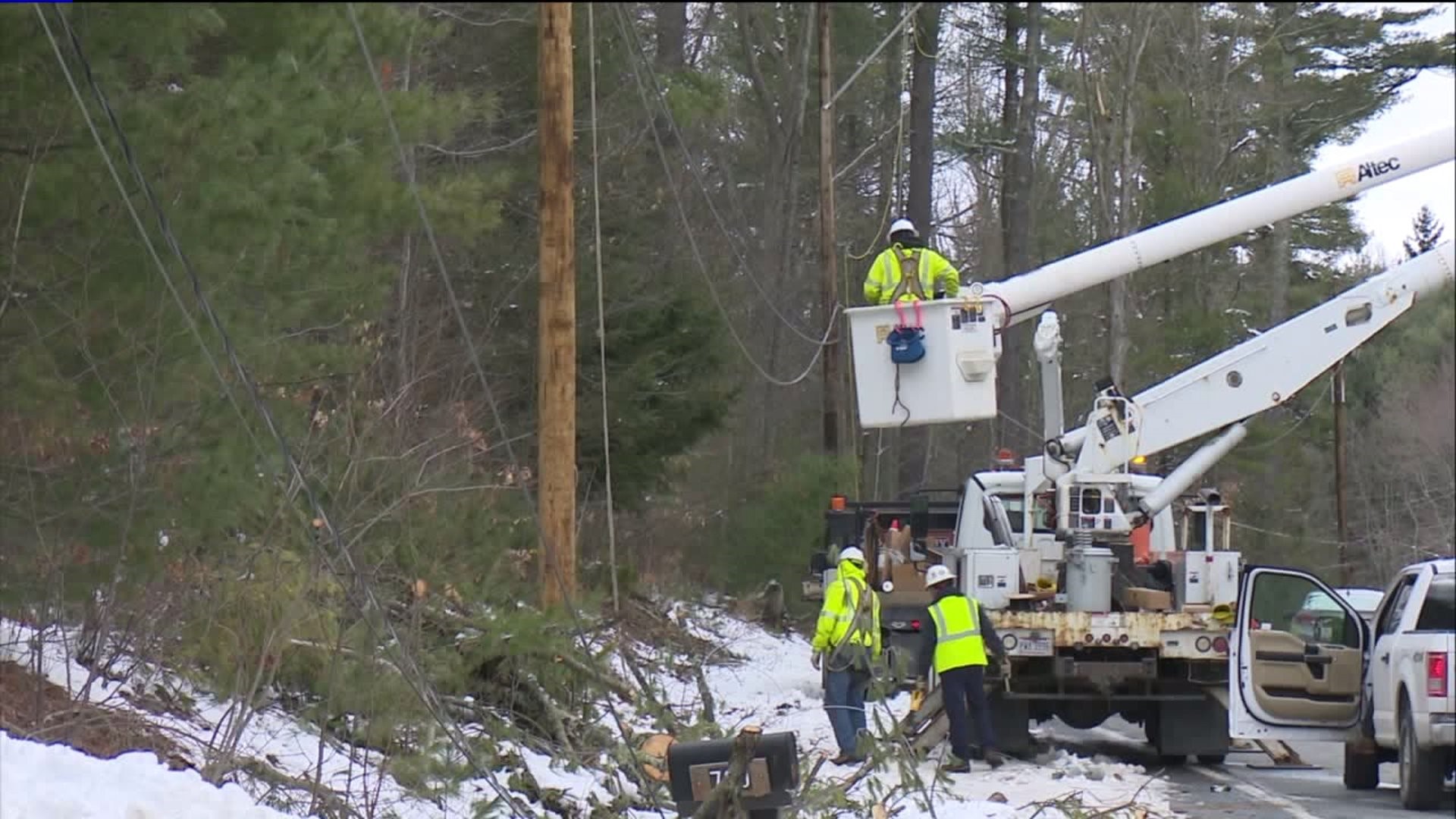 DINGMAN TOWNSHIP, Pa. -- Thousands are still without electricity after a storm wiped out power in Pike County. More than a week later, people are frustrated the lights still haven't come back on.

Nine days without power: it's a tough pill to swallow, but that's the situation for thousands hit hard by the storm.

The power company expects all 3,000 without electricity to be restored by later Saturday night.

After losing power more than a week ago, people living at Sunrise Lake near Milford never could have imagined they would be without power this long.

"Not this long, maybe a couple hours, even two days maybe, not five, six, seven days or anything like that," said Arnell Franklin of Dingman Township.

"Out here where we are, the joke is you sneeze and the power goes out, but we expect it would be up within the day after," said Susan Eichhorn-Young of Dingman Township.

Susan and Thomas Young tell Newswatch 16 they haven't been without power this long since superstorm Sandy, And back then, it was only six days.

Without power, they have to ration how much they use the generator, and they have gone through plenty of bottled water just to get through.

"That is inconvenient for a couple of days. After nine days, inconvenient is not the right word," Thomas Young said.

Utility workers were out fixing downed wires for the thousands of customers without power.

"We understand that it was a tremendous storm, but in general, the power service around here is awful," said Linda Kramer of Dingman Township.

Wayne and Linda Kramer tried to brave the storm for a couple of days before the cold temperatures forced them to move out. They had short stays at a nearby hotel and even traveled to New York to stay with family.

"We have been traveling and living out of our car, buying food on a daily basis. I have been sitting in the car this morning with the heat running because it's 37 degrees," Linda Kramer said.

At Delaware Valley High School near Milford, students competing in Odyssey of the Mind, a team engineering competition, worked on their projects. With the competition next week, the storm forced them work from home, leaving them behind.

"It's definitely a challenge. We will always remember we have never had a big storm so close to competition that impacted us so much. At least, I can't remember one, so it's definitely something we will remember for years to come when we are looking back," said Maeve Dowd, senior.

The American Red Cross has closed all of its shelters in the Poconos, which officials say had hundreds of overnight stays over eight days.