GREENE TOWNSHIP, Pa. — It was slow going Wednesday morning for many drivers heading east on Interstate 84 near Promised Land State Park. A stretch of the ... 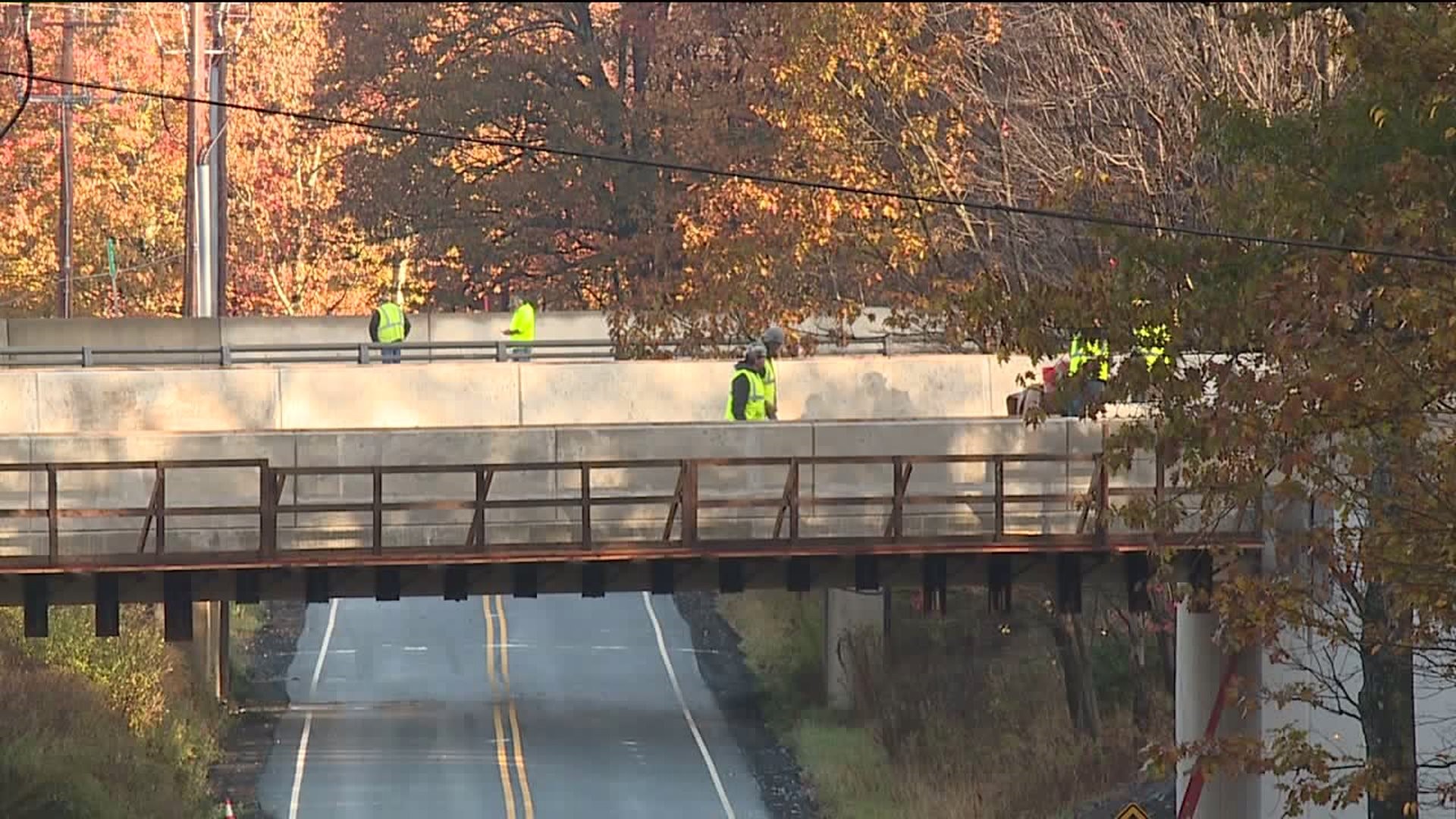 A stretch of the interstate had to be closed Tuesday evening when a hole that went right through the decking of the bridge was discovered over Shiny Mountain Road. That closure led to a detour along Route 507 to Route 390, and back to Interstate 84.

Crews have been working all night to get the holes fixed on the 84 bridge pic.twitter.com/nurNuu43zX

Being the offseason, Lake Store owner Jeff Darnell says all this traffic is unusual.

"This time of year, we'll get some of these construction trucks going by, but nothing like this," said Darnell, who has owned the Lake Store for 15 years.

Others agree they usually don't encounter this much traffic near the park.

"There's a lot of hunting and fishing, and everyone does camping up here, but it's usually very quiet," added Kevin Williams.

Those holes kept workers out long after the sun rose and kept many residents from getting a good night's sleep.

"It was really rough last night sleeping, all night tractor-trailers and everything else going up and down (Route) 390," said Williams.

"They're keeping me up, but hopefully they get it fixed soon," admitted Darnell.

Others say it wasn't the noise that bothered them, but how fast people taking the detour were driving, including Elwira Poplawski, who was returning from dropping her son off at school.

"I wouldn't like my kids to stand by the road right now. That's why I drive them," explained Poplawski.

For the latest on the traffic conditions, click here. 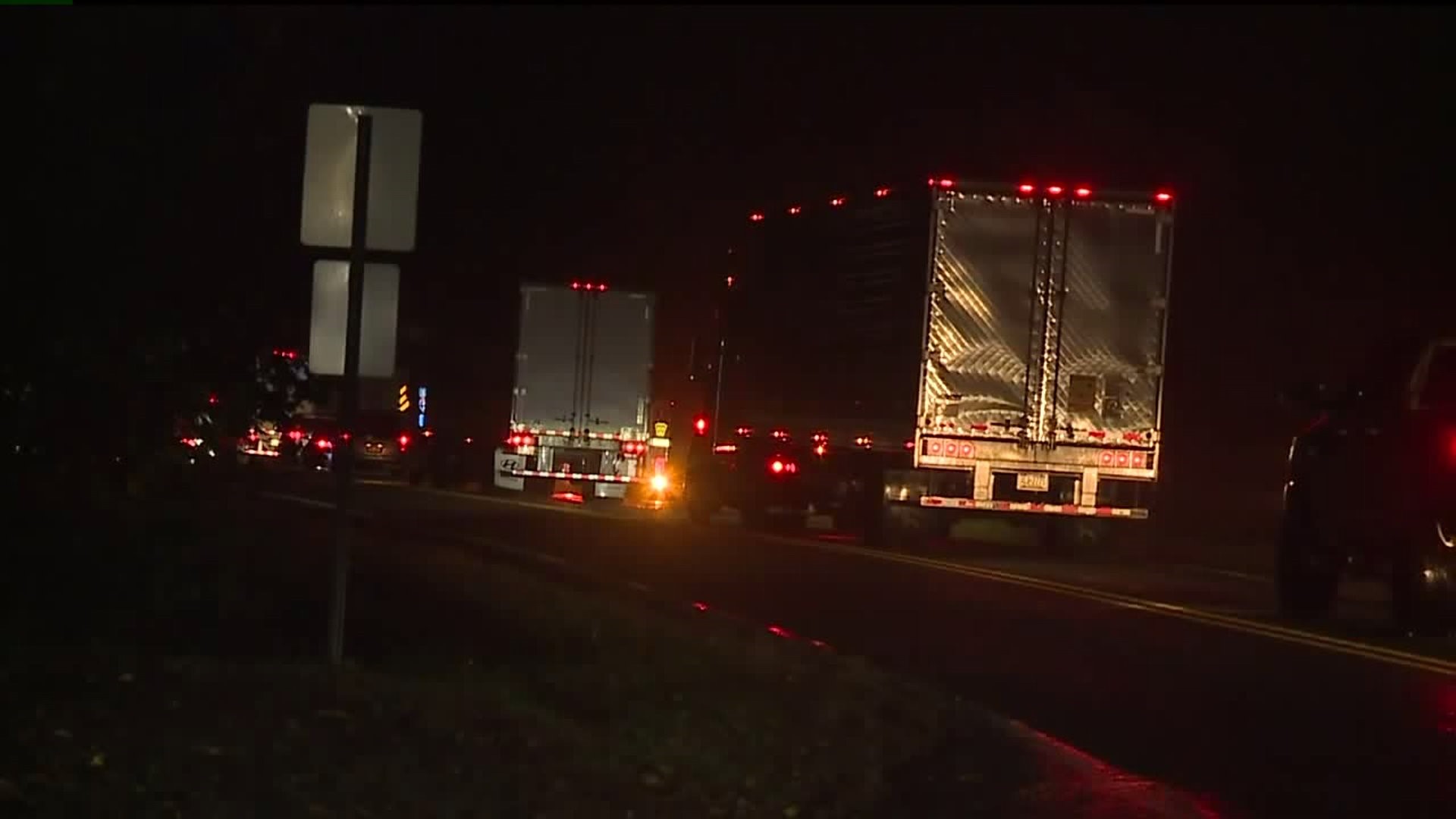