DINGMAN TOWNSHIP — Paddling for miles and picking up trash along the Delaware River — that’s how some volunteers spent their day in the Pocono... 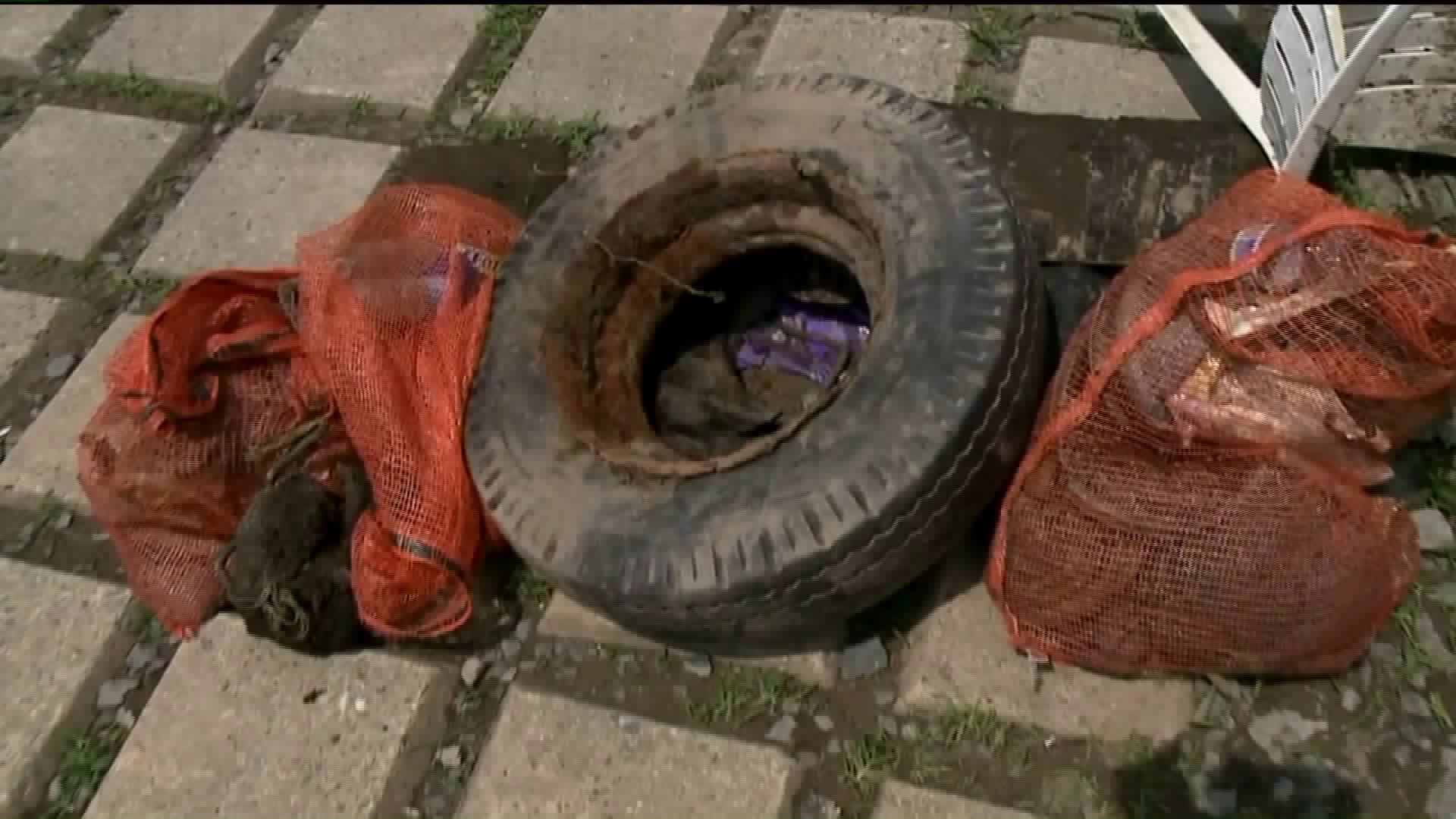 DINGMAN TOWNSHIP -- Paddling for miles and picking up trash along the Delaware River -- that's how some volunteers spent their day in the Poconos.

"Oh, this is very important, especially for the locals around here, even people visiting from other areas. If you don't clean it up now, no one will," said Garret Wilson, Milford.

The annual "On and Under the Delaware River Cleanup" takes place each summer. This is its 28th year.

Tons of trash gets collected by volunteers.

For Donald Thompson from Dingmans Ferry, this is the seventh year helping out.

"We do a DNI outing every year and a lot of my guys like to come out and do this to give back. Everyone benefits and we keep the watershed clean and pass it along to the younger generation," said Thompson.

Volunteers tell Newswatch 16 the Delaware River has been relatively clean, but they still do find trash.

One big item? Tires. In fact, they may hit a collection milestone after this cleanup.

"The milestone is 9,000 tires. We are 20-some tires short of 9,000 over the 28 years. So a lot of tires have been removed from the Delaware, but there are some still out there and I am confident we will hit 9,000," said David Jones, Kittatinny Canoes owner.

And tires aren't the only thing to be pulled from the water.

Over the years, cars, phone booths, safes, and more have been picked up and hauled out.

A water tank took the cake during this year's cleanup.

Volunteers say it's important to remove whatever trash you can.

"I have been living on this river my whole life. I was born and raised in Dingmans Ferry and then I moved up to Shohola, but I am trying to keep the river clean. It provides drinking water for a whole mess of the population here in the Eastern United States and we are trying to keep it clean," said Christopher Thompson, Shohola.

Organizers say more than 450 tons of trash has been picked up on the river since the cleanup started 28 years ago.