LACKAWAXEN — Plans to tear down an abandoned barn near Lake Wallenpaupack came to an abrupt halt once people found an unwelcome squatter was hibernating u... 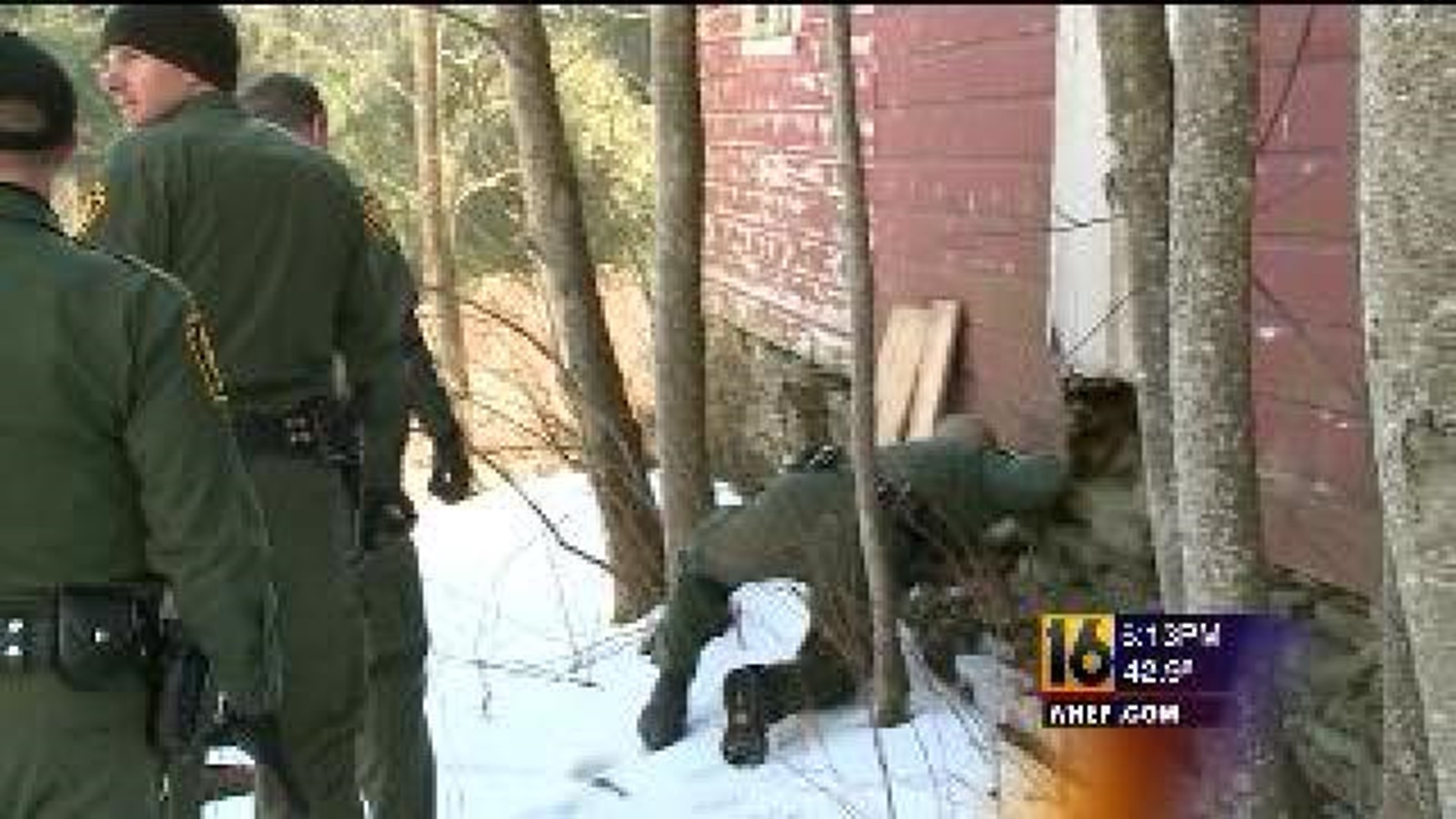 LACKAWAXEN -- Plans to tear down an abandoned barn near Lake Wallenpaupack came to an abrupt halt once people found an unwelcome squatter was hibernating underneath.

It took a lot of effort to get the bear out of the barn and back into the woods.

The barn near Lake Wallenpaupack has been sitting empty until about two months ago when Lackawaxen EMS workers went to look around the barn and spotted a pair of eyes looking back at them underneath.

"I was getting a contractor to tear down the barn because the roof was in bad shape and caving in. So I decided to look under the rafters to see if there was anything worth anything under the barn, then right in the door was a big black bear looking right back at me," said Lackawaxen EMS Supervisor Ziggy Donovan.

Once the group got on location, they checked where the furry resident was hibernating and then starting preparing a liquid concoction of sedatives and pain killers.

Everyone slowly surrounded the bear and fired the first shot. Minutes passed and the bear decided to hit the road and took off into the woods and the game commission soon followed, mainly by tracing the bear's steps in the snow.

After a little more than an hour, the game commission and Newswatch 16 tracked the bear to a spot in the middle of the woods near Lackawaxen. The officers worked on the bear, collecting data. They had to move quickly, because the drugs they used to put the bear to sleep eventually wear off.

"So that we can look at harvest rates and determine recapture rates as officers encounter bears throughout the year, and that's the primary way we monitor the bear population," said Game Commission Wildlife Biologist Kevin Wenner.

To do that, the game commission officials pierced a numbered tag to the bear's ear, and then tattoo that same number into the bear's gum line.

The group also collected other information from the 550-pound black bear and then gave him a drug to wake him up, which kicks in well after we're gone.