BLOOMING GROVE TOWNSHIP — It was pretty clear Tuesday’s grand opening of Kahr Firearms was much more than just a business story. The owners picked P... 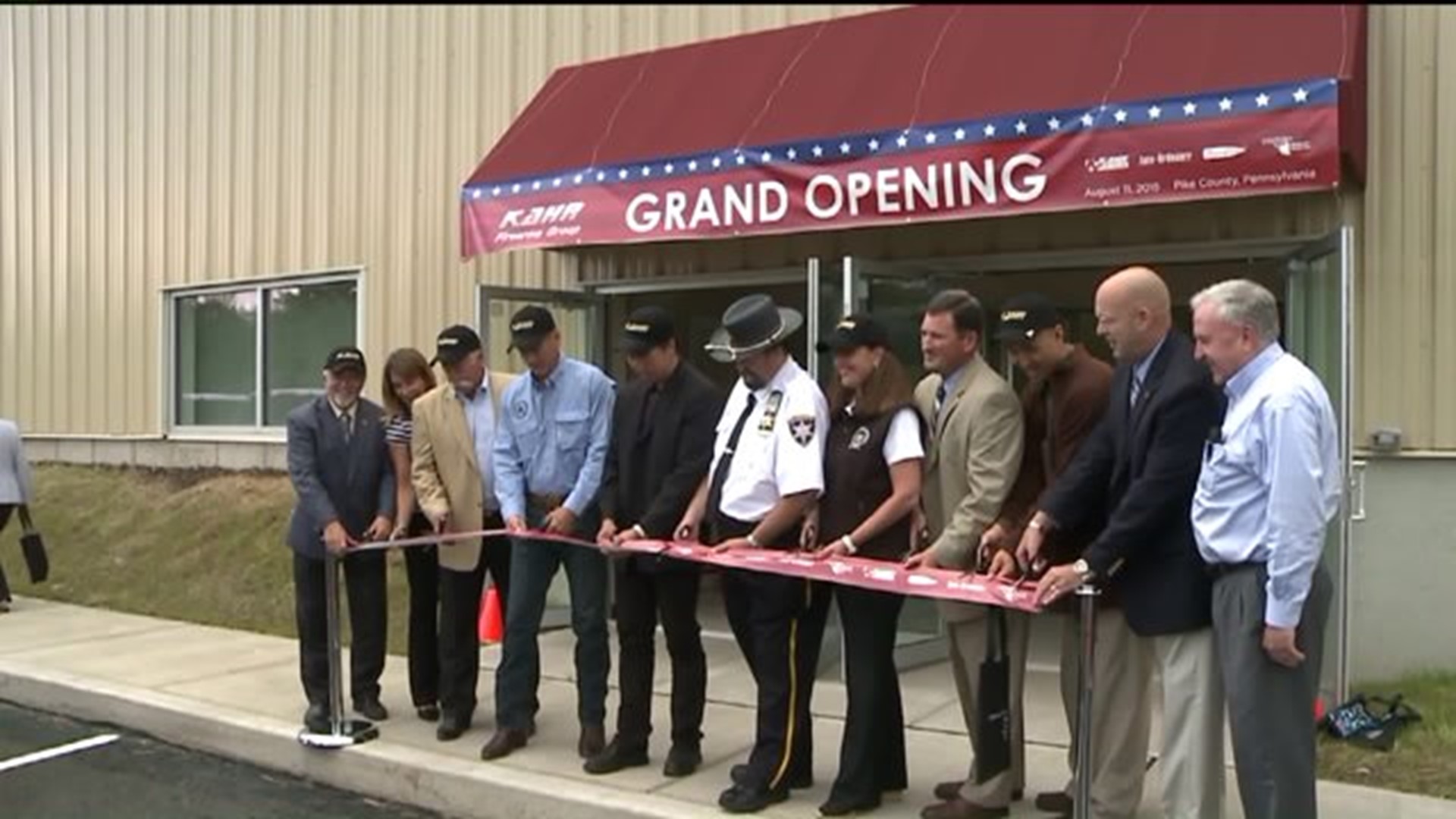 BLOOMING GROVE TOWNSHIP -- It was pretty clear Tuesday's grand opening of Kahr Firearms was much more than just a business story.

The owners picked Pike County because, according to them, they want to be where it's gun friendly, and where half the county residents are members of the NRA.

Before long, Kahr Firearms plans to sell its handguns, sub-machine guns and more from inside a room at its new facility in the Pike County Business Park in Blooming Grove Township.

On this day, however, it was packed with staunch gun rights supporters for Kahr's grand opening celebration.

"We are so inspired to be in this land, so different from other states in which we've been," said Reverend Sean Moon, Sanctuary Church.

Justin Moon, who started Kahr Firearms in the 1990s, followed up his brother's blessing and spoke about the move to northeastern Pennsylvania. He saw heavy restrictions on his firearms business in other states, including nearby New York.

"We had to look for more gun-friendly state in northeast. Pennsylvania as a large state is most gun-friendly northeastern state," said Justin Moon, owner of Kahr Firearms.

A Tommy Gun, a Thompson, manufactured by Kahr Firearms, is the kind of weapon company officials say they wouldn't have been able to manufacture in New York State. Pennsylvania doesn't have laws on the books like New York and Kahr can make the semi-automatic firearm right  in Pike County.

"When somebody else is stupid, somebody who's smart is going to come out on top," said Doug Williams, employee of Kahr Firearms.

Company officials said the new headquarters and firearm plant will bring about 200 jobs by next year. Local leaders gave Kahr a tax break for five years, worth thousands of dollars. This helped to secure the move to this so-called "gun-friendly territory."

But in a country that's endured unending gun violence, and in some cases, senseless mass shootings, Kahr is standing up against gun control efforts knowing it also has backing in Pennsylvania.

Justin Moon added, "It's the minority that keeps on saying we have an issue, issue is decided, we love freedom, we love our guns, we're not going to give them up."

Kahr has another plant in Massachusetts which company officials said will stay open when the one in Pike County gets up and running.

Manufacturing of the firearms is set to start next year.