LAKE WALLENPAUPACK — Catch a fish in Lake Wallenpaupack this year and the prize could be more than just the fish. Dozens of prizes are up for grabs in a c... 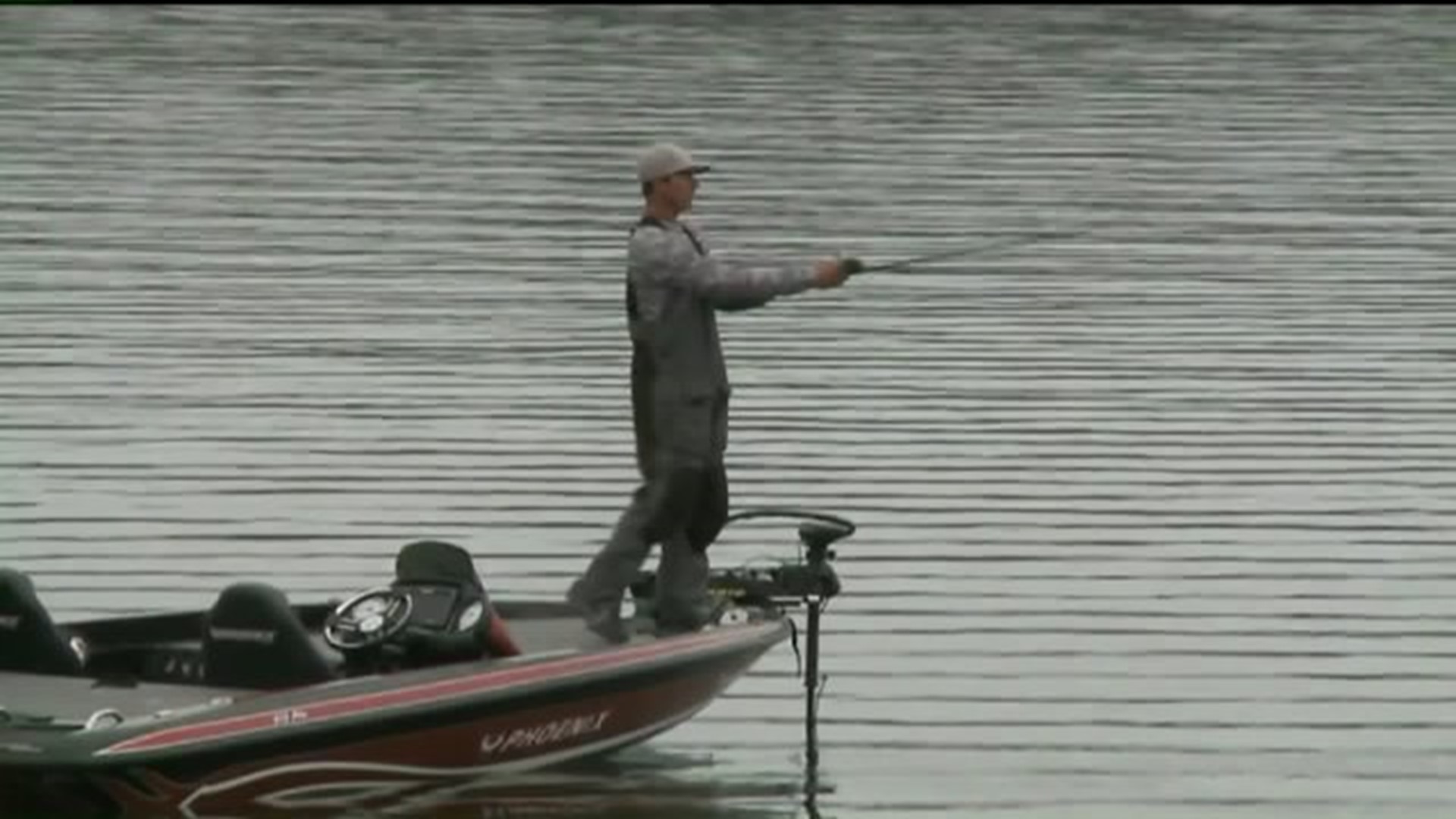 LAKE WALLENPAUPACK -- Catch a fish in Lake Wallenpaupack this year and the prize could be more than just the fish.

Dozens of prizes are up for grabs in a contest meant to bring awareness to the water quality in the lake region.

Skip Standen backed his boat into Lake Wallenpaupack, ready to scout out where the best fishing spots are for the season.

Standen takes folks out fishing with Bill's Guide Service and this is the second year in a row they could catch a fish worth thousands of dollars.

"We can put people on fish. We know where they live. It's up to them to get them to open their mouths," said Standen.

Cast for Cash is back: the Wallenpaupack Watershed's contest where a certain number of fish are tagged. Once you register, organizers said catching one will win you anywhere from $100 to the grand prize of $5,000.

"They're spread across 8 different species of fish. So you can fish from the dock, the shoreline troll, may get lucky and catch one of the tagged fish," said Keith Williams.

Williams is with both the non-profit Watershed and the Pocono Mountains Visitors Bureau. He said while only six of about 50 fish were caught last year, Williams hopes a longer season starting now through September plus 80 fish this time around will increase the chances of winning.

Already the contest is having a ripple effect.

Folks at the Wallenpaupack Sport Shop near Hawley said they've seen an uptick in the number of people buying fishing licenses already this year. An increase of about five to 10 percent and it's not even the prime time of the season yet, which comes around Memorial Day weekend.

"It's just a really nice way to be able to build our following throughout the lake region and even further," said Wallenpaupack Watershed Executive Director Nick Spinelli.

With Cast for Cash, organizers hope to increase awareness for the water quality not just in the lake, but in the entire watershed spanning more than 200 square miles.

Oh yeah, and maybe reel in a prize in the process.

"It gives them something to shoot for besides just catching the fish," said Standen.