Eric Trump stumps in the Poconos

Folks packed into a laminating company to hear the son of the president speak. 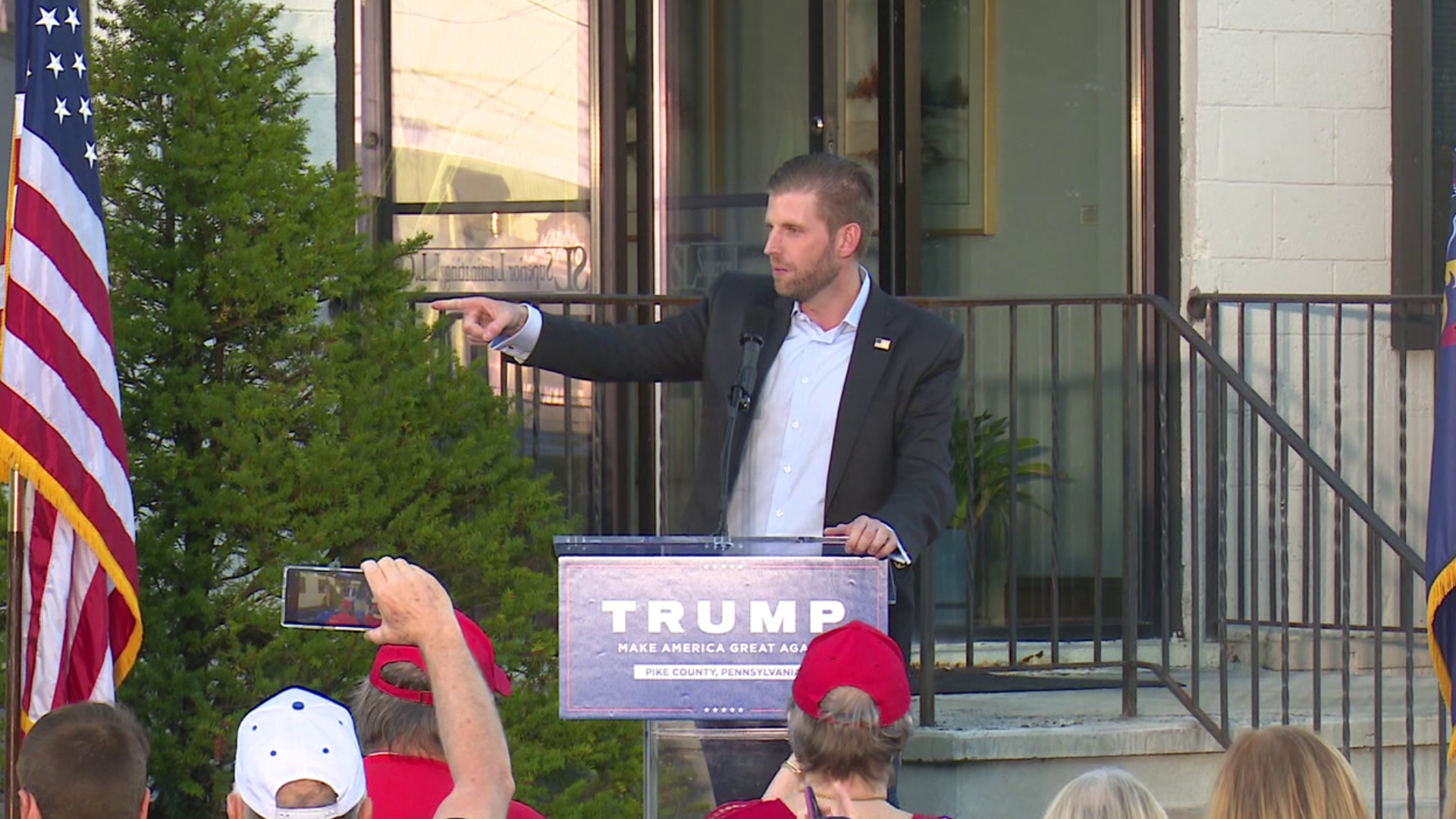 MILFORD, Pa. — The 2020 Race for the White House returned to our area Friday night.

The president's son, Eric Trump, was in the Poconos looking to rally support for his dad's re-election.

Hundreds of supporters came out to see him at Superior Laminating in Milford.

But not everyone there was happy Donald Trump's son was in Pike County.

Newswatch 16 found dozens of Joe Biden supporters gathered at the corners about a mile away in protest.