MILFORD TOWNSHIP, Pa. — All that’s left of a three-story barn on a property near Milford is a pile of rubble. Flames destroyed the place at County S... 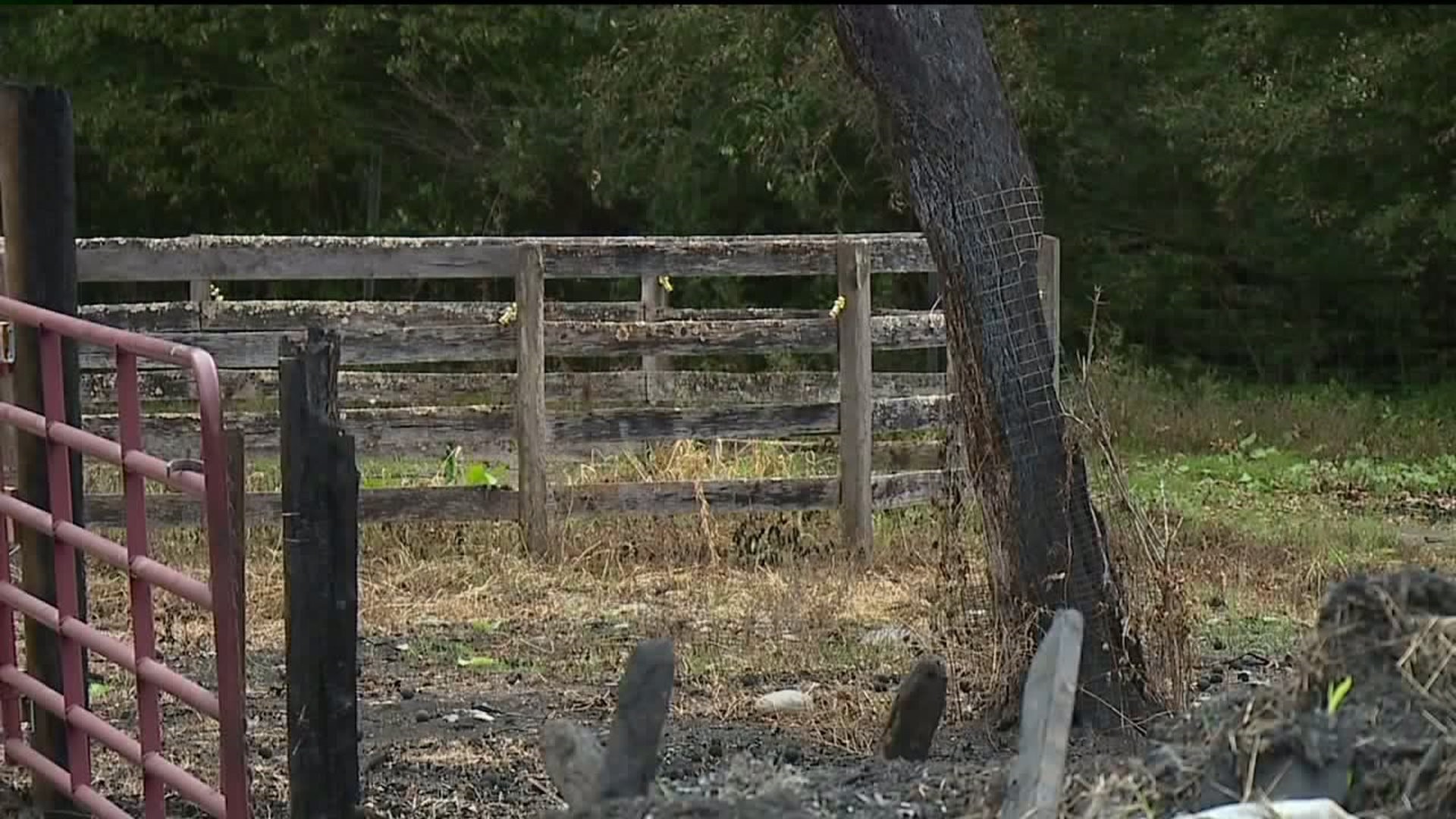 MILFORD TOWNSHIP, Pa. -- All that's left of a three-story barn on a property near Milford is a pile of rubble.

Flames destroyed the place at County Seat Horse Farm and 11 horses were killed.

Madeline Ribacka owned five of them.  The other six were being boarded.

Ribacka was out of town when the fire happened.

"It doesn't make any sense at all, no sense," said Ribacka.

The fire happened just after 2 p.m. on Friday, August 30.

Eddie Ryman owns the farm that dates back to the 1800s.  He says the barn door was shut when the fire broke out, trapping the horses.

What's strange to him is that the barn door is never closed. It was open when he left the property that morning around 11 a.m.

"The doors are open 24/7, come and go as they please. I have 15 eyewitnesses that drove up through the course of the day that said, 'Eddie, the horses were outside. They were in the field. The door was open.' Upon the fire, they were all in and the door shut. It's just sickening," said Eddie Ryman, County Seat Horse Farm.

Only two horses made it out of the barn fire alive. One, named Uptown, suffered third-degree burns.

Ryman says he does not have insurance and put his own money into rehabbing the barn.

"It's just hard to see everything in a year and a half be destroyed in minutes," said Ryman.

"They were my babies. I bred them. I raised them, and I buried them," said Ribacka.

Ryman says the community and local businesses have been very supportive.

A GoFund Me page has been set up to help pay for some of the damages.