Downburst does damage in Pike County

The downburst had winds up to 90 mph and utility crews worked all day to restore power in the area. 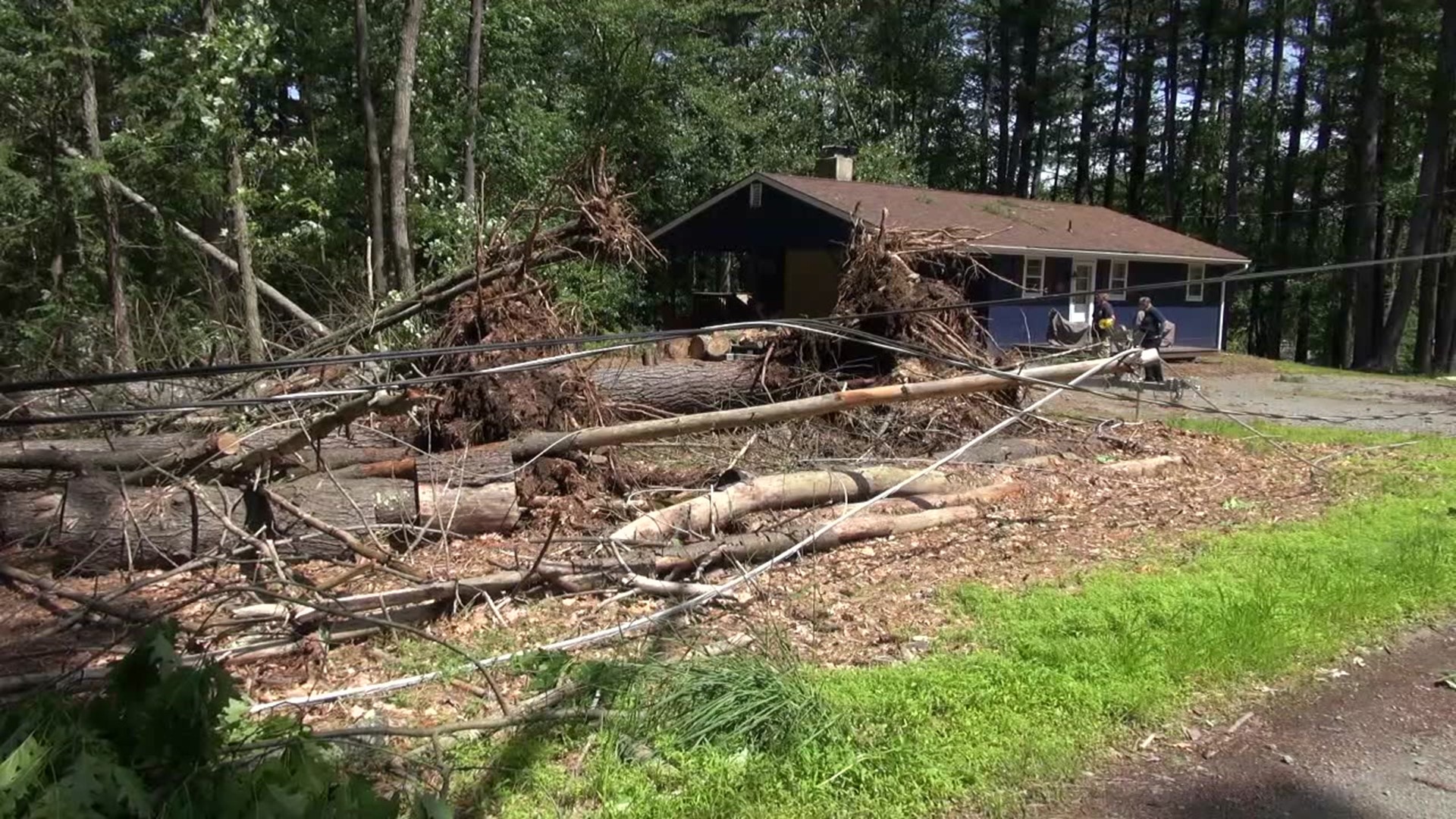 TAFTON, Pa. — The storm that hit Pike County did not last long, but it left behind lots of damage. The Tafton area was hit especially hard.

"We found a lot of structural damage in a bunch of houses, a lot of utility damage as far as power lines," said Tim Knapp,  Pike County Emergency Management Director. "These guys have been working since last night."

A team from the National Weather Service surveyed the area in Palmyra Township, along with the Pike County Emergency Management Agency.

They confirm the storm that caused trees to fall on houses and block roads was a downburst.

"Wind speeds are consistent with winds 85-90 miles per hour, and right now we're still trying to collect a little information on the exact start and the exact end where the damage had occurred," said Mike Kistner, National Weather Service

Carol Ayala couldn't go to work because she couldn't get out of her neighborhood.

"You could see the trees almost parting from the wind, and something came through because it parted all the trees. The only time I remember anything like this as far as the trees and the power outages is when Sandy came," added Nick Peles, Palmyra Township.

Utility crews continued their work for most of the day to restore power in the area.

The residents say they're fortunate no one was hurt during the short but powerful storm.