PALMYRA TOWNSHIP — Because of a controversial religious ceremony Wednesday morning, the school day was quite different for students at nearby Wallenpaupac... 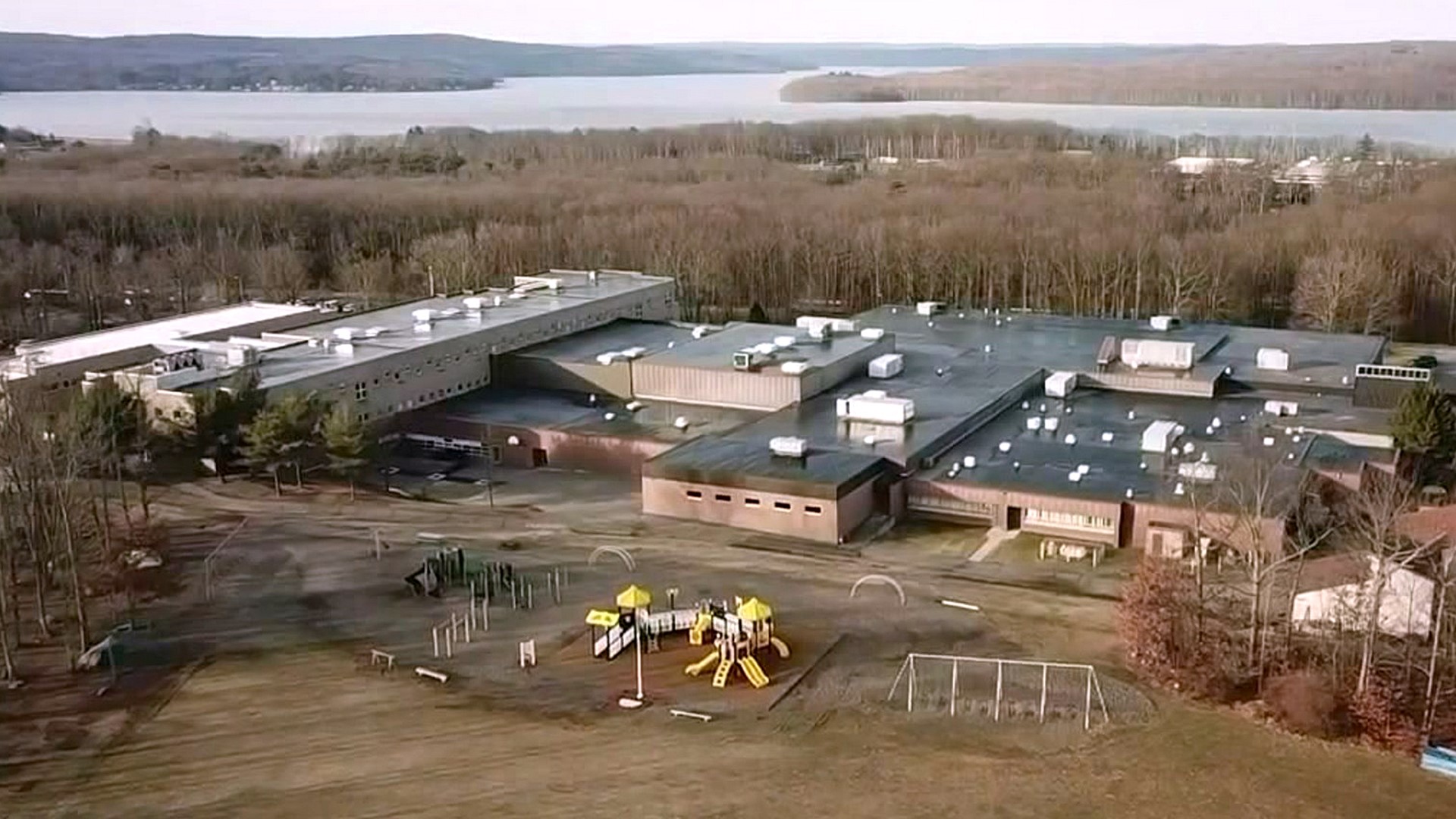 PALMYRA TOWNSHIP -- Because of a controversial religious ceremony Wednesday morning, the school day was quite different for students at nearby Wallenpaupack South Elementary. More than 200 were bused to another building.

Keeping the beat of a normal school day was the goal at Wallenpaupack Area after students from the south campus were bused to the north campus because of that church ceremony.

From the outside, it looked like any other school day at Wallenpaupack North Primary and Intermediate schools near Hawley. But the littlest of students were well aware this day is different.

"We're having the south kids come to our school so we can get to know them better and we're going make even more friends," said first grader Emma Ey. "There's like an event by their school, something's going on at the church so they're coming in."

Normally these schools only get together on the football field. They usually go to different schools, but on this day, Jake and Jacob are strolling the same hallways.

"You usually never see them, but now you get to finally see them again," said Jake Rafferty, second grader at Wallenpaupack South Elementary.

"I'm excited to see all of my friends from softball because they go here," said Taylor Mercereau, fourth grader at Wallenpaupack South.

As for the teachers from the south campus who are lending a hand at the north campus for the day, they told us when it comes to the school day, classes will continue just like they do any other day.

"It is not a movie day. We have lessons planned. They will go to all of their regular specials, lunch, and recess," said third grade teacher Lisa Ostrowski.

"We're right on step. We have the same math program, reading program," said Wallenpaupack North Principal Anthony Cavallaro. "It's kind of like family, kind of like cousins visiting for the weekend."

Out of the 269 kindergarteners through fifth graders affected by the campus change, Wallenpaupack's assistant superintendent Keith Gunuskey's says more than half showed up to class. School leaders add they were comfortable making this change.

"We've had power outages or water outages where we've had to shift kids," said Cavallaro.

But no matter the reason behind the change for students, the kids are looking on the bright side.

There were no traffic issues or problems getting the kids to the north campus Wednesday morning. Most of the little ones we chatted with described it as a field trip.

Students at Wallenpaupack Area will back in their usual buildings on Thursday.