Cheerleaders from Ireland Attend Camp in the Poconos 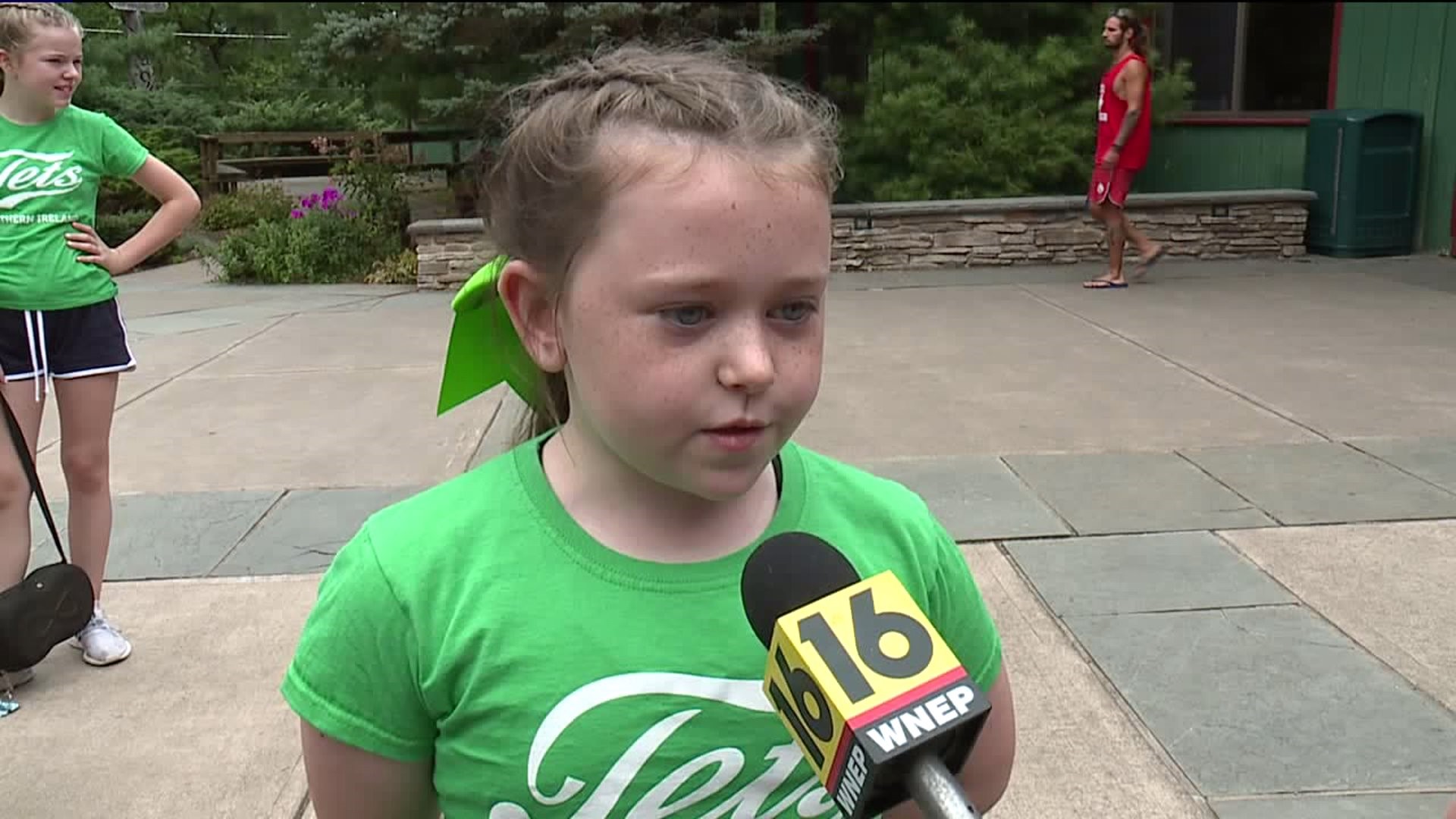 GREELEY, Pa. -- A cheerleading camp in Pike County welcomed some very special campers this week. Pine Forest Cheerleading Camp near Milford is hosting more than a dozen girls from Ireland.  Some are visiting the U.S. for the first time.

Rebecca Snow, age 9, is making the most of her first trip to America. She's crowd-surfing at Pine Forest Cheerleading Camp near Milford.

The little lass is from Ireland and she brought more than 20 of her closest cheer buddies with her.

There are some special campers at @PineForestCamp this week. More than 20 girls from Ireland 🇮🇪 for some it’s their first time in America 🇺🇸 @WNEP pic.twitter.com/1JM4elJhuk

Pine Forest is celebrating 50 years in Pike County. Thousands of campers from across the country come to spend a week learning new cheer and dances.

Jerry Preschutti or "Just Jerry" runs the place. He says it's not often they get cheerleaders from other countries.

"It's pretty special. To do something for 50 years, we have over 7,000 cheerleaders right now, it's special. They are coming from so far -- Minnesota, Canada, Ireland, 11 different states. They wouldn't be coming here if it wasn't something special. The power of Pine Forest Cheerleading Camp is special," said Jerry.

The girls from Ireland say one of the most exciting parts about this cheer camp is learning how different the sport is here, compared to where they live.

"It's really nice because you can see what their cheers are like compared to ours. They do school cheer and we do competitive cheer, so we mix in and see what it's like," said Megan Elliott.

Megan Elliott was a camper at Pine Forest when she was 12.  Now 18, she is back as a coach.

"It's amazing. It's a whole different level compared to what we are used to. It's brilliant," said Elliott.

The girls will head back to Ireland on Sunday but plan to leave some of their Irish steps on the field.