PORTER TOWNSHIP, Pa. — Hunters in the Poconos are preparing for a big weekend of big game hunting. Bear season opens Saturday morning. “We are here ... 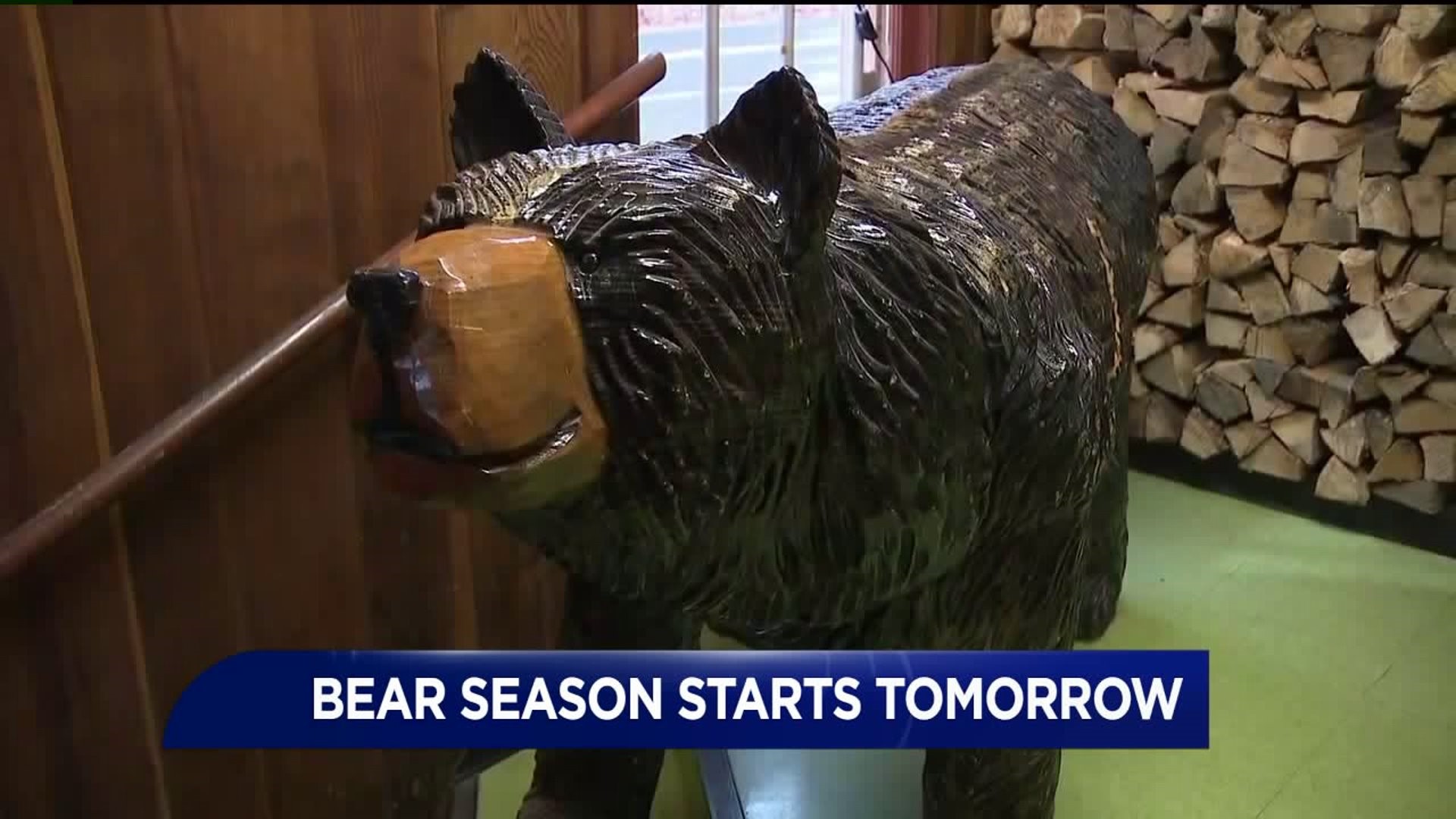 PORTER TOWNSHIP, Pa. -- Hunters in the Poconos are preparing for a big weekend of big game hunting.

"We are here to bear hunt. We come up to his family's cabin every year, it's a tradition. We are just meeting up right now when you saw us," said Vince Jones, Orefield.

Vince Jones and his friend Preston Nelson are from Lehigh County but come to Pike County to hunt bear.

"Like deer hunting, you're usually out there by yourself. You can put drives on, but with bear you usually get a bunch of guys together to cover as much ground as possible and push the bear to whoever is going to be doing the shooting," said Jones.

"This is great. It's a great group activity. We enjoy spending time together just having fun," said Preston Nelson, Fogelsville.

There are a lot of hunting cabins in Porter Township and as you can imagine, places like Pickerel Inn and Deli are very busy.

Terry Koch owns the business.  She says hunters stop in for more than just supplies.

"Our food business is always great. The hunters come up and the beer business, too. Ammunition, hand warmers are great, hats and gloves. Last-minute things," said Koch.

Bear season runs through Wednesday and will pick back up in some places on November 30, which is also the first day of rifle deer season.