Newswatch 16's Courtney Harrison shows us how the students are getting prepared in a first-of-its-kind program in our area. 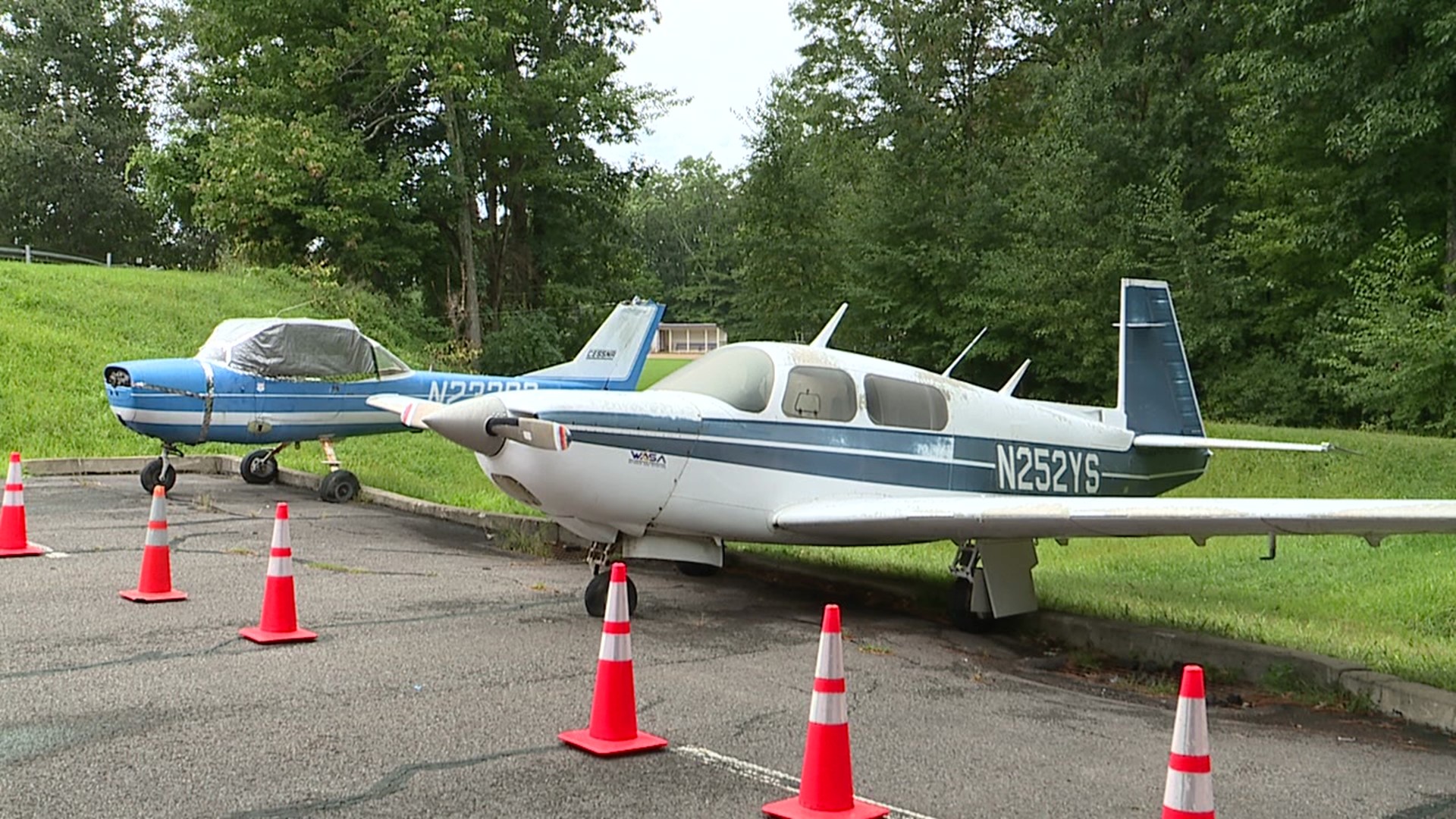 HAWLEY, Pa. — A helicopter carrying a fixed-wing plane near Lake Wallenpaupack caused quite the stir on Monday. It wasn't an emergency; it was being delivered for educational purposes to Wallenpaupack Area School District.

Eric Greenberger spearheaded the plans to get this plane and two others delivered to the school. Students will use the planes to get a hands-on education in the aviation industry.

"Seeing that Huey come in over the lake with the Mooney under it and knowing that there were months of preparation going into it. It did kind of set in there that this is actually happening," said Greenberger, director of the Wallenpaupack Aeronautical Science and Aviation program (WASA).

WASA is a new program at the high school giving students a chance to learn everything from flying these aircraft to fixing them. It's a first of its kind in this part of the state.

Students' interest in the program is already taking off. Emma Cykosky and Christian Vargo say their goals are to be in the industry, and this gives them a leg up.

"I was so excited because I knew that something good was going to come out of it and that we were going to get to experience working on them hands-on," Cykosky said.

"They have a program like this that maybe one day get some a certification, they can go right out into the trades and work on planes and do maybe ATC, or professional pilot track," Vargo said.

Because the need is so great for aviation employees, businesses in the industry have been reaching out and donating equipment for this program.

Wallenpaupack Area officials say they plan to expand this program next school year.