DINGMAN TOWNSHIP, Pa. — Under a bright sunny sky, more than 100 volunteers took to the Delaware River in canoes and picked up trash along the way near Mil... 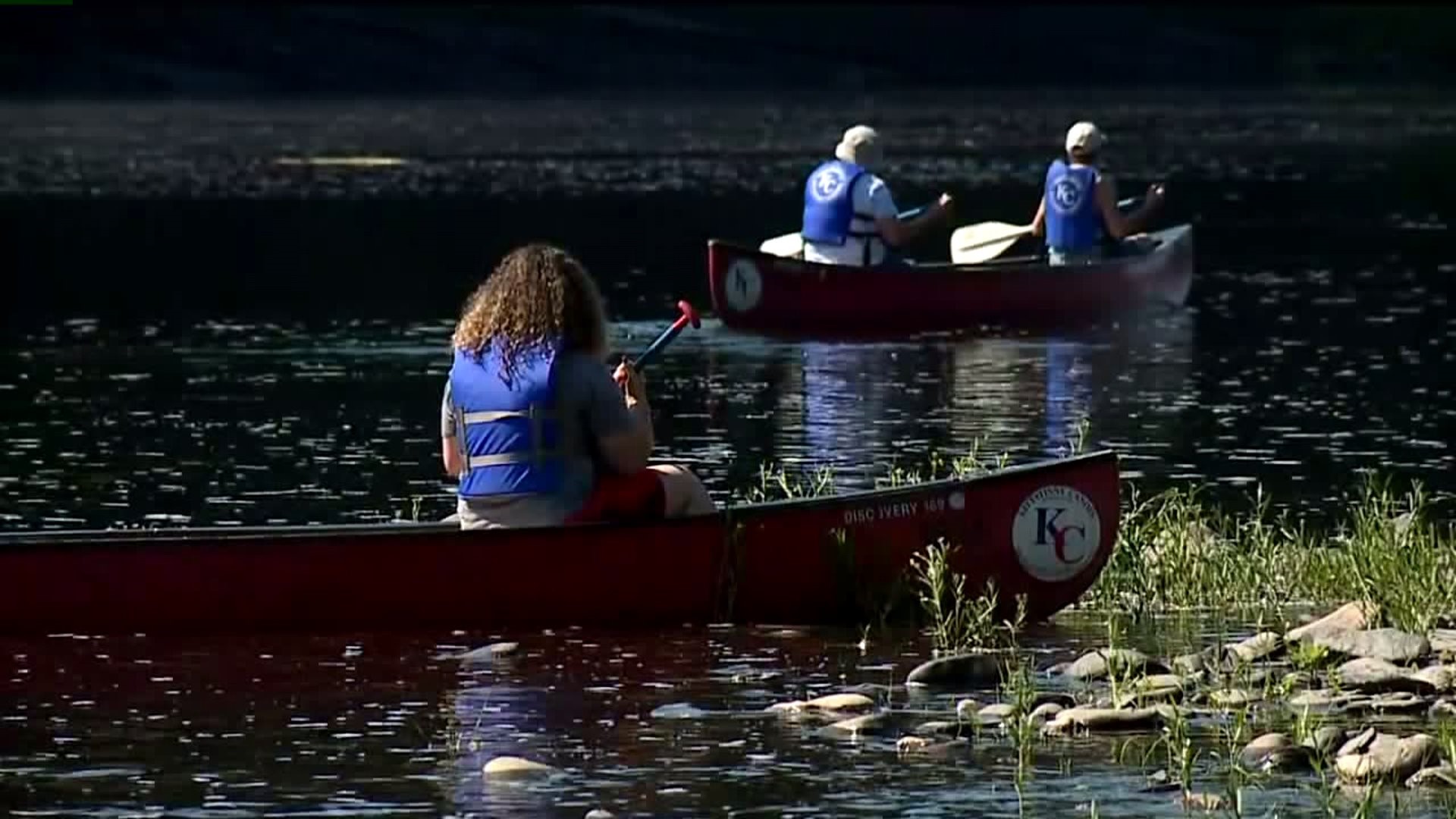 DINGMAN TOWNSHIP, Pa. -- Under a bright sunny sky, more than 100 volunteers took to the Delaware River in canoes and picked up trash along the way near Milford.

It's all part of the annual "On and Under the Delaware River Cleanup" that takes place each summer.

"I think it's really important. When you're on the river you see a lot of the trash that gets washed in and above, especially the plastics that come down here. I know we always try to pick up what we can," said John Maybus, East Greenville.

The event is sponsored by Kittatinny Canoes.

In its 29th year, organizers say its grown to be a success.

"This has spread nationwide now and since Kittatinny started this, these cleanups are occurring all over the United States. It's not only cleaned the Delaware, but it's cleaned a lot of other rivers as well," said David Jones, Kittatinny Canoes' owner.

Over the last few years, volunteers haven't had much to pick up, which is a good thing because that means people are keeping this place clean.

Plastic products seem to be what fills up most of these bags, but that hasn't always been the case.

In the past, cars, phone booths, safes, and more have been picked up and hauled out.

"We pick up what we see, but we can't pick up a tire that is under there or something that is deliberately dumped on the side and luckily you don't see that anymore because big groups have big boats and can cart it all away," said Donna Maybus, East Greenville.

Organizers say more than 450 tons of trash has been picked up on the river since the cleanup started 29 years ago.