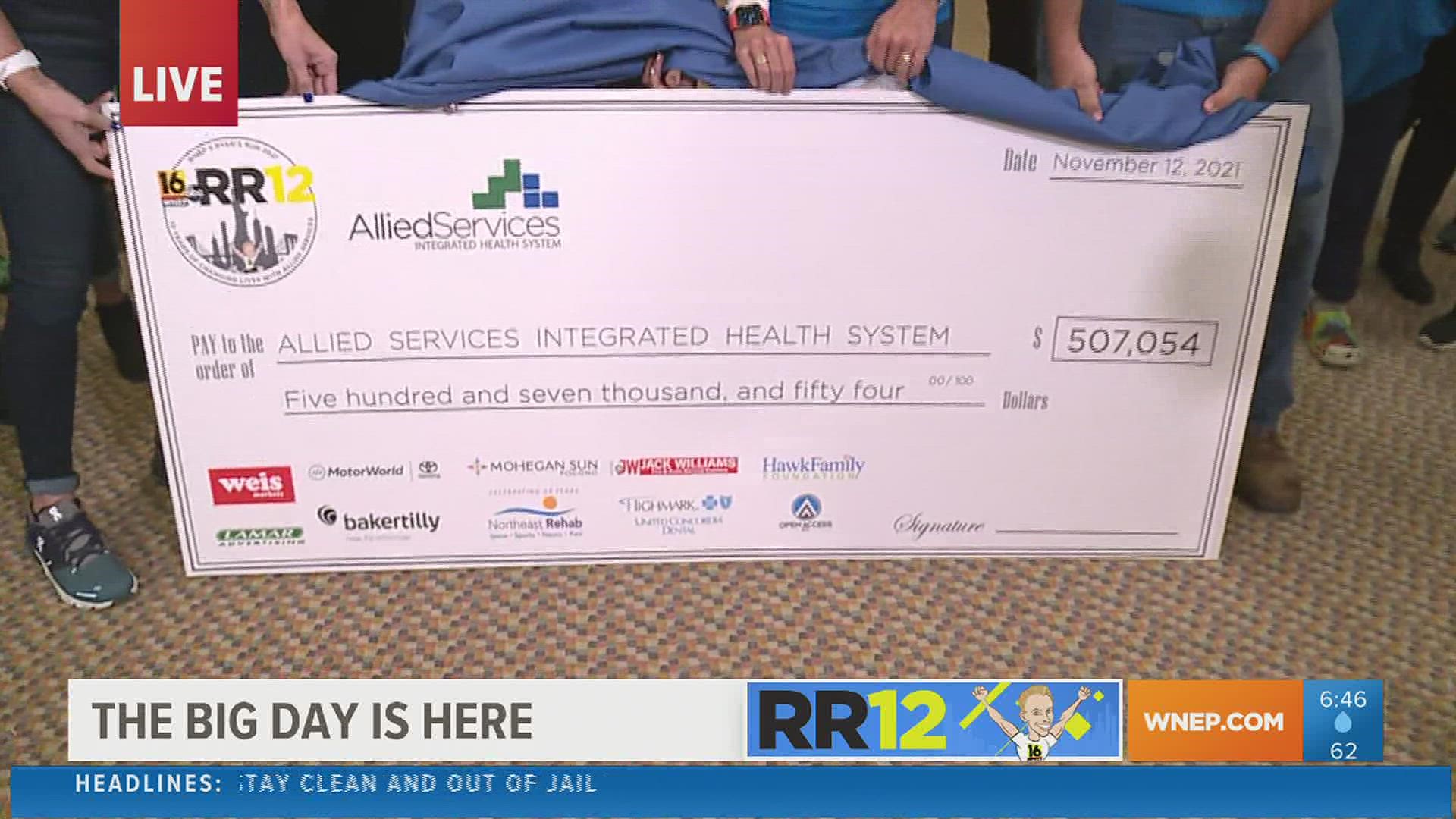 CLARKS SUMMIT, Pa. — After months of fundraising, many community events, and this past Sunday’s TCS New York City Marathon, it’s the big wrap-up of year 12 of WNEP-TV’s Ryan’s Run.

The charity campaign is spearheaded by our own Newswatch 16’s Ryan Leckey.

Twelve years of running, thousands of lives changed, thanks to our charity team members over the years and so many of you who donated to our cause.

It’s all to help make a difference in the lives of kids and adults with disabilities at Allied Services.

It’s been quite a journey over the past few months with a lot of memorable moments at our community fundraisers. So many of you showed up for us, so we could continue to be there for the kids and adults with disabilities at Allied Services. The reason we run.

“I am so unbelievably grateful to be able to represent Allied and Ryan’s Run,” said Remington Sweeney from West Pittston.

“This is so awesome to be back here in person because last year I ran it on my treadmill,” said Chris Steiner of Drums.

“I’m a new transplant to northeast PA and always wanted to run the marathon, being from New York City. So, what better way to combine those two goals than choosing Ryan’s Run,” added John Quattrocchi of Forty Fort.

Sunday’s marathon took our charity team through New York’s five boroughs, ending in Central Park. It’s a 26.2-mile race that can test you and inspire you.

“The excitement of people cheering you on and to be able to do this for people who can’t do this,” added Priscilla Cooney of Mountain Top.

Thanks to your support of our charity campaign and these corporate sponsors, we’re able to help Allied, one of our area’s largest nonprofits continue to invest in cutting-edge rehabilitation technology.

The founder of one of those corporate sponsors, Open Access BPO, has family members in our area who have been helped by Allied.

Open Access is a global call center based in the Philippines. Like years past, the organization once again got its international team members rallied behind Ryan’s Run.

“I’m originally from Italy. So that’s where I was able to train in the past two months. It’s an honor for me to represent open access here and be a part of Ryan’s Run and helping people with disabilities,” said Alessio Urbani from Rome, Italy. 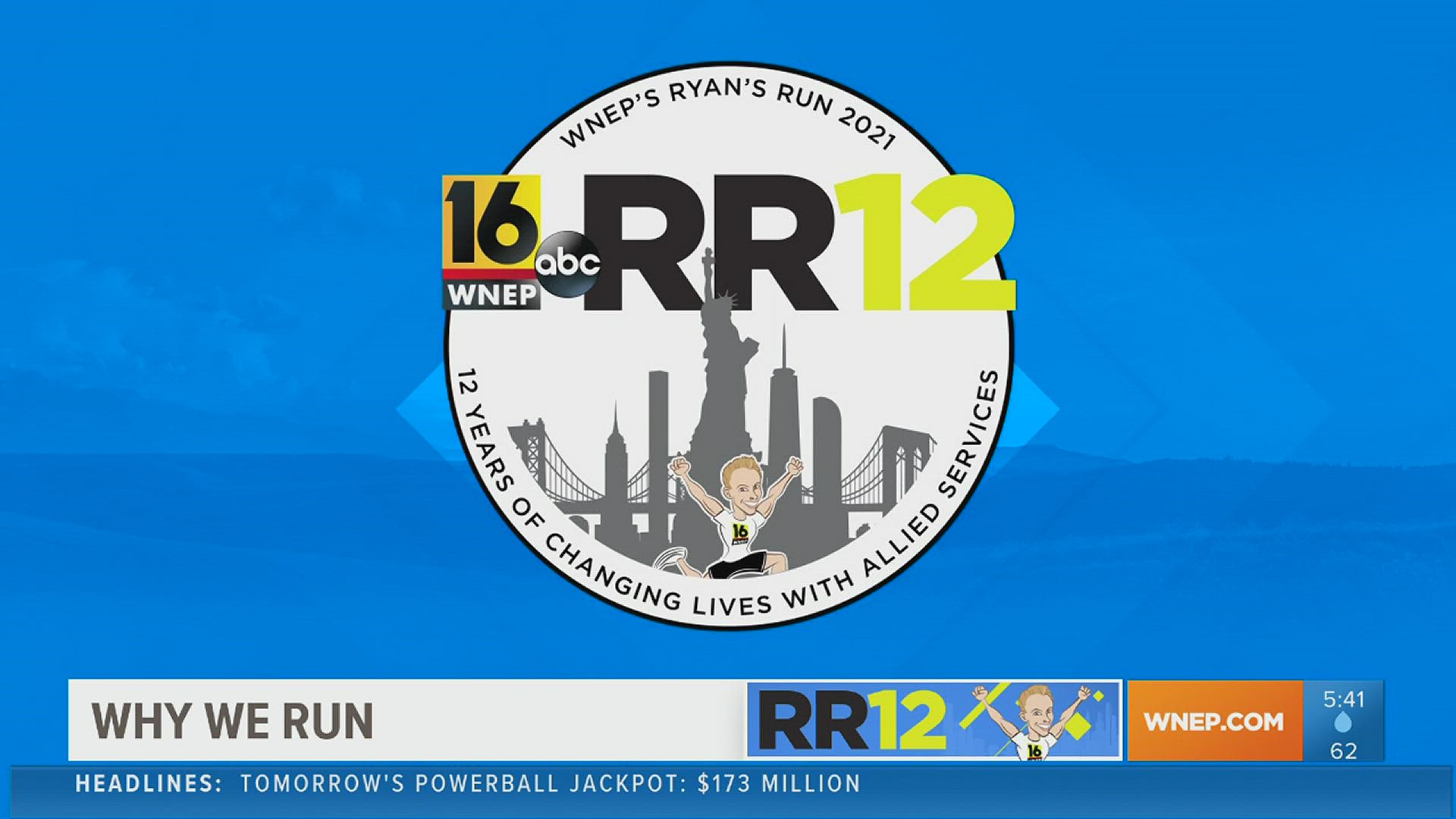 The meaning behind our miles is also about being there for those in our area who have gone through a life-changing event.

People just like Stacy Box of Honesdale. Newswatch 16 first introduced you to the wife and mother of three back in September after she suffered a stroke at 46, during the height of the pandemic.

Thanks to the help of Stacy’s therapists at Allied and the bodyweight support system called the Zero G, that your donations made possible years ago, the third-grade teacher in the Western Wayne School District went from this using the machine to running in a 5K.

“Every time I did it, I got better and better,” said Stacy.

Helping families here at home is what WNEP’s Ryan’s Run has been all about since we started 12 years ago.

It’s all to continue our mission of inspiring fitness, challenging disability, and changing lives across northeastern and central Pennsylvania. 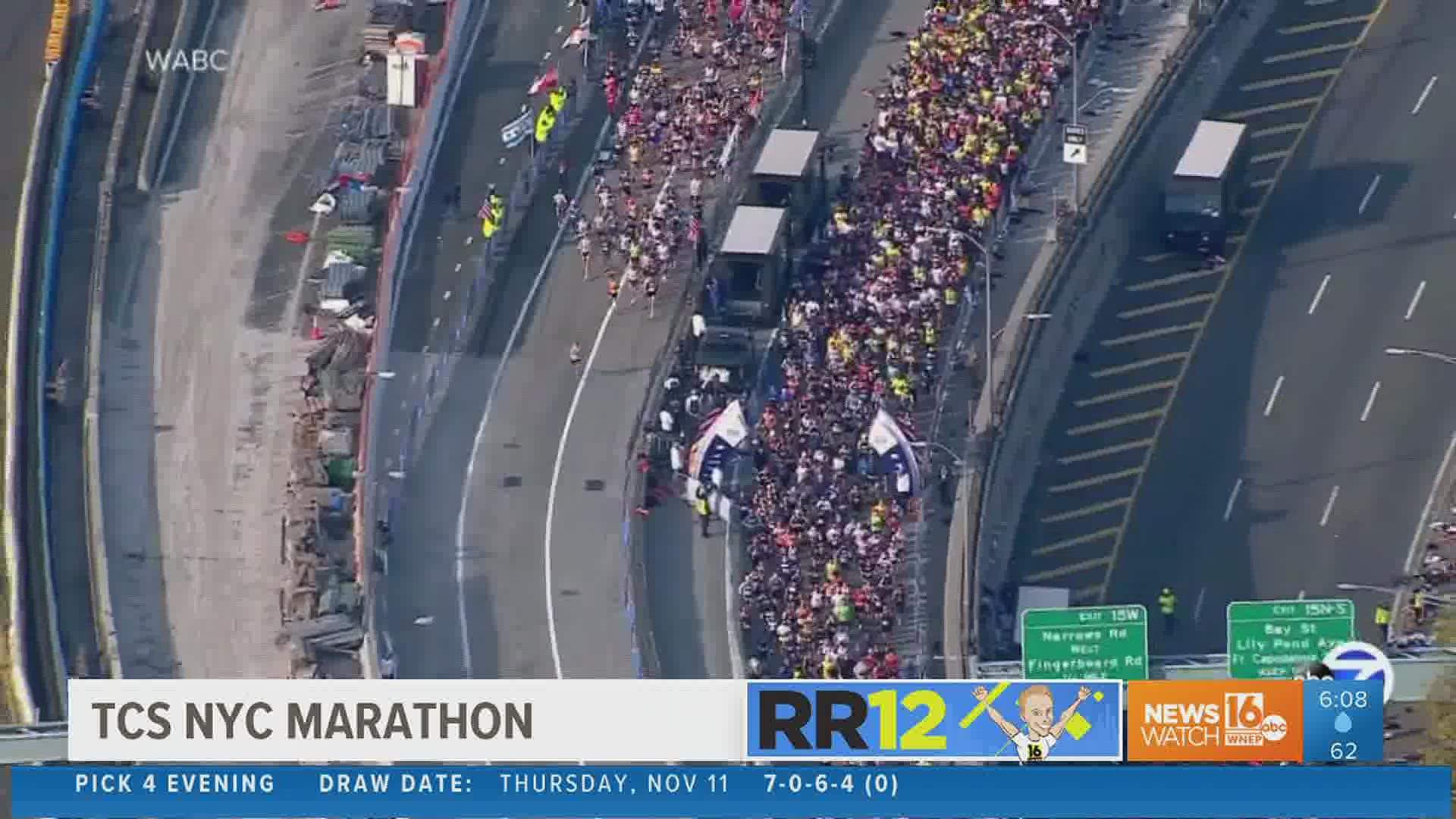 Ryan's Run earned the silvery charity status by the New York Road Runners. The status puts our campaign on the same level as internationally respected organizations such as UNICEF.

To date, WNEP's Ryan's Run has raised more than $4 million to help kids and adults with disabilities throughout northeastern and central Pennsylvania.

The campaign has also received multiple honors. Ryan's Run was named by the Pennsylvania Association of Broadcasters as an "Outstanding Television Public Service Campaign."