Ryan’s Run 10: The NYC Marathon From Start to Finish

NEW YORK CITY, N.Y. — It was a Sunday morning months in the making for WNEP’s Ryan’s Run team. The charity team of 50 met up before dawn in Manhattan, boa... 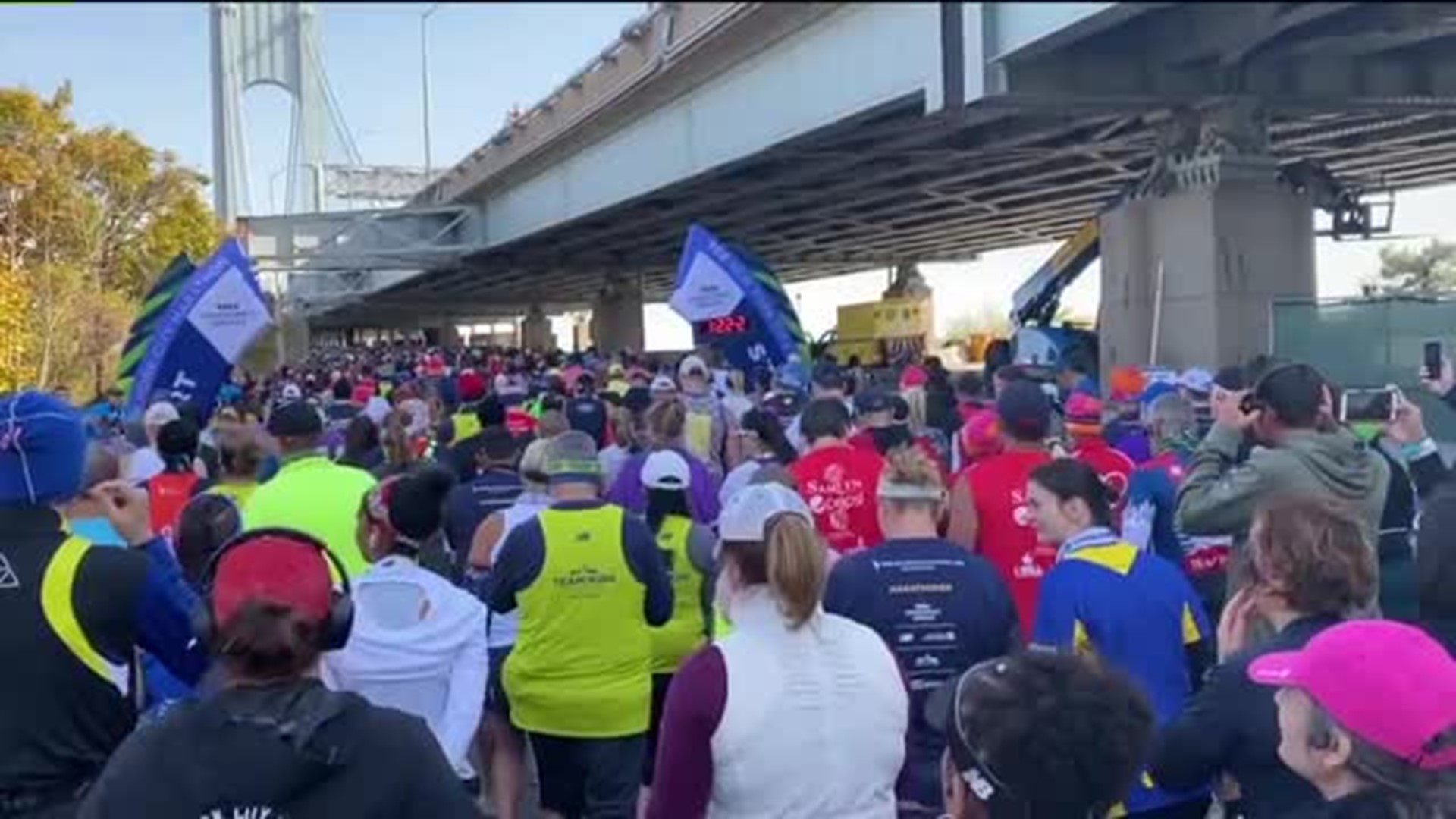 NEW YORK CITY, N.Y. -- It was a Sunday morning months in the making for WNEP’s Ryan’s Run team.

The charity team of 50 met up before dawn in Manhattan, boarded their bus and headed to Staten Island for the start of the TCS New York City Marathon.

“This whole experience has been about every single thing we can do to help people in our community and bridge that gap between what happens in other areas and what happens right here at home, be it technology for all of the folks that can use it, so anytime we can tell that story where can stay home and benefit from what we can do locally is a good thing,” Eric Pochas, a team member from Carbondale said.

Blasts from a cannon marked the start of the race for more than 50,000 runners from 125 countries. All of them were there to run 26.2 miles through New York’s five boroughs.

“This is just amazing to see the energy and the amount of excitement for everybody. It is just breathtaking,” Alison McHale of Jefferson Township said.

As our team trekked through the Big Apple, the world’s biggest block party, more than two million people cheered us on.

“It’s incredible. Just look around, I mean it’s just people, a big party.  New York comes out and shows their best. Ya know, it’s so much fun!” Walter Sokolowski of Scott Township exclaimed.

Also, in the crowd were many faces from back home reminding us why we were out here: to raise money to change the lives of kids and adults with disabilities at Allied Services.

As members of the Ryan’s Run team crossed the finish line in Central Park, a victory for us and a win for the patients at Allied back home -- the meaning behind our miles.

Be sure to tune in this Friday, Nov. 8, on Newswatch 16 This Morning as find out how much you helped us raise for WNEP’s Ryan’s Run 10.

It’s a decade of changing lives that we couldn’t do without you.