Power To Save: Two Pigs and Lots of Pumpkins

KINGSTON TOWNSHIP — Sunshine and Otis have two very big appetites. The two pigs like to eat anything but this might be their favorite season as they can i... 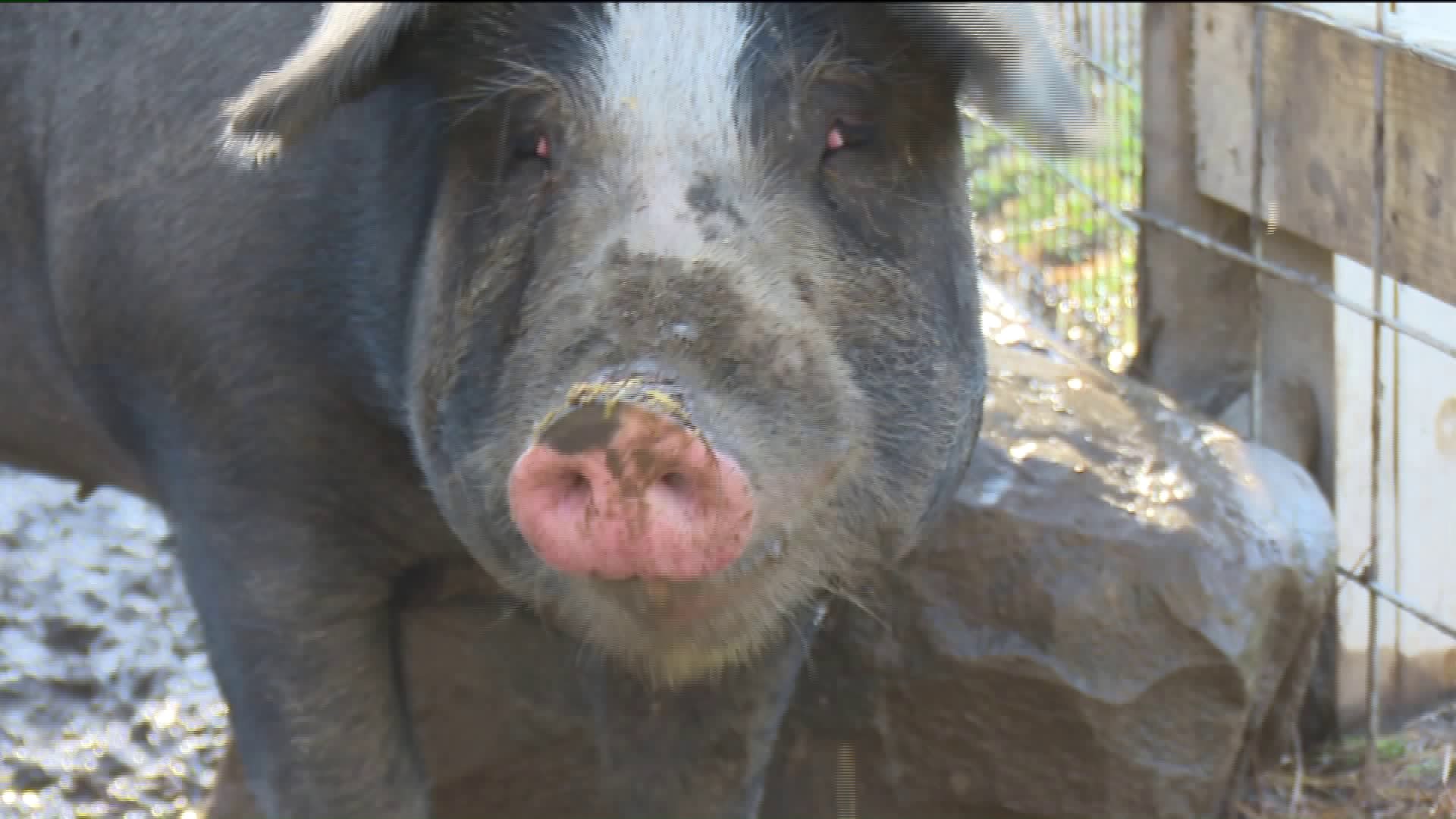 KINGSTON TOWNSHIP -- Sunshine and Otis have two very big appetites. The two pigs like to eat anything but this might be their favorite season as they can inhale all the pumpkins they want.

"Otis and Sunshine are very excited about this time of year. They know they get lots of treats," Lindsey Sutton, The Lands At Hillside Farms Director Of Education.

Right after Halloween, The Lands At Hillside Farms in the Back Mountain urges families to leave their "retired" pumpkins in containers near the dairy store.  They are then used to feed pigs and entertain other animals on the farm.

"It's a really good boredom buster for them. We try to combat winter boredom with all our animals on the farm so giving them the chance to play with them, our chickens go crazy with them up at the education center," said Sutton.

Hillside Farms wants pumpkins donated to be either craved or hallowed out, they don't want any markings or painting over it so you don't get the pigs sick.

"So as long as they are Plain Jane pumpkins, they can be carved or they can be whole. We just don't want to have any extra things on them," said Sutton.

Tyler Tokach and his son Nicholas were taking some pictures of the pigs while the animals ate. Although the family painted on their pumpkins this year, pumpkins for pigs is something they will look forward to doing in the future.

"It's cool, we usually have a pile of rotted pumpkins that we have to throw out after Halloween and it's nice to come and recycle it," said Tyler Tokach.