Power To Save: Pumpkins for Pigs

KINGSTON TOWNSHIP, Pa. — When you drive past The Lands at Hillside Farms in Luzerne County, you will see a trailer with a pile of pumpkins in it. Those pu... 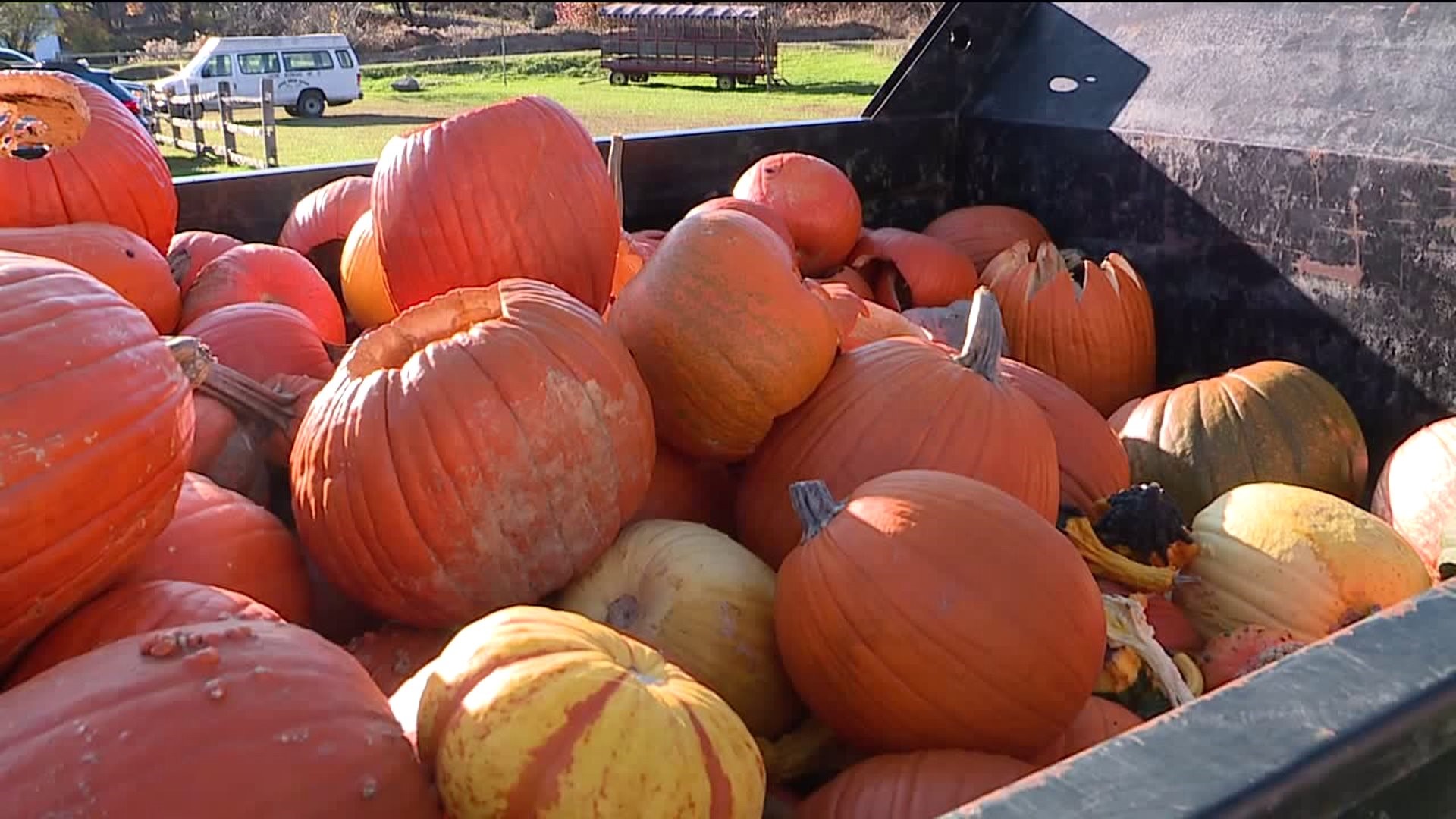 KINGSTON TOWNSHIP, Pa. -- When you drive past The Lands at Hillside Farms in Luzerne County, you will see a trailer with a pile of pumpkins in it. Those pumpkins are a delicious treat.

"There's a lot of carbohydrates. They go crazy over the seeds, so the food is good. It's a natural food," said executive director Chet Mozloom.

In fact, those pumpkins are more than just food.

"Outside of that, they like playing with them. The pigs are smarter than you think. They're running around with them, rolling them around, they really enjoy it."

Mozloom said that this year the pumpkins won't just be something that the pigs pig out on. They will also be used to help combat an invasive plant species.

"Pumpkin vines can actually out-compete Japanese Knotweed. That would be a nice natural way outside of chemicals to deal with the problem."

The plan is to take some of the pumpkins and mash them along stream banks where the knotweed is growing. Once the pumpkins start to grow, they choke out the knotweed. This new use is a tribute to the success this pumpkin collection had over the last five years.

"It means a lot to us that people take the time to do this. You see something on Facebook, 'Do this, do that,' but no one does anything. People actually do this. It feels really good because the community is supporting you," Mozloom said.

You have until this Sunday, November 10, to drop off your pumpkins at The Lands of Hillside Farms. Just look for the trailer near the administration building and add yours to the growing pile.