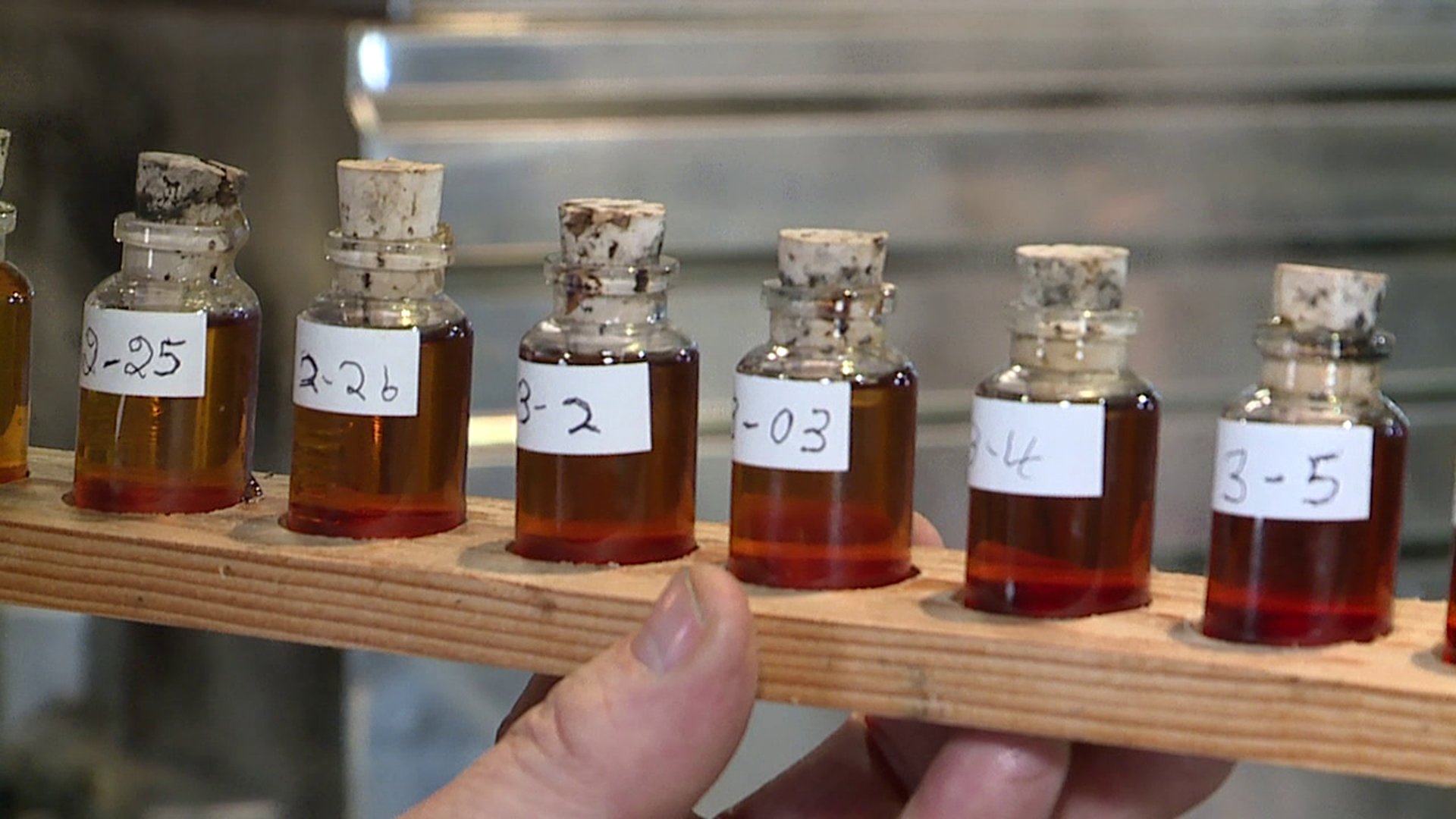 BRADFORD COUNTY, Pa. — The early start to spring is good news for maple syrup producers in the Endless Mountains region ahead of Maple Weekend coming up later this month.

"In 1860, the United States made 2.5 million gallons of syrup. We don't even make that much now with all our technology and big producers. Back then, most everybody was a farmer, and everybody made it because sugar was hard to get," said Andy Dewing, co-owner of Dewy Meadows Farm.

His family has been making maple syrup for nearly 200 years.

"My great grandfather's brother actually owned the farm before that, so it goes back to about 1830. They had a sugar bush.

Andy and his wife Sally have been selling maple products for the last 40 years. Andy gave us an immersive maple experience that starts with a drive up to his 25-acre sugar bush where he's tapped 2,000 trees.

"Middle of February we come up here, a crew, we go through and drill a hole in the tree. From there, the sap is pumped through miles of vacuum tube lines to a collection bin at the bottom of the hill," he explained.

It's then pumped into a smaller tank that's brought into the sap house where it's boiled down in the evaporator the old-fashioned way.

It takes about two and a half hours to boil 50 gallons of sap into one gallon of syrup.

You can have this sweet maple experience from 10 a.m. to 2 p.m. on March 21 and 22 at six participating maple producers.

They range from some pretty big ones to some pretty small ones. You can come to learn how to do it. If you've got a tree in your backyard, you can make syrup yourself.

Here are the farms taking part in Maple Weekend:

RELATED: Power To Save: Solar power and LEDs

RELATED: Power To Save: Smart trash cans on Stroudsburg streets