Breaking News
More () »
Power to Save

Power To Save: Virtual Riverfest on Lackawanna River

The biggest fundraiser of the year for the group that supports the Lackawanna River now has a virtual component. 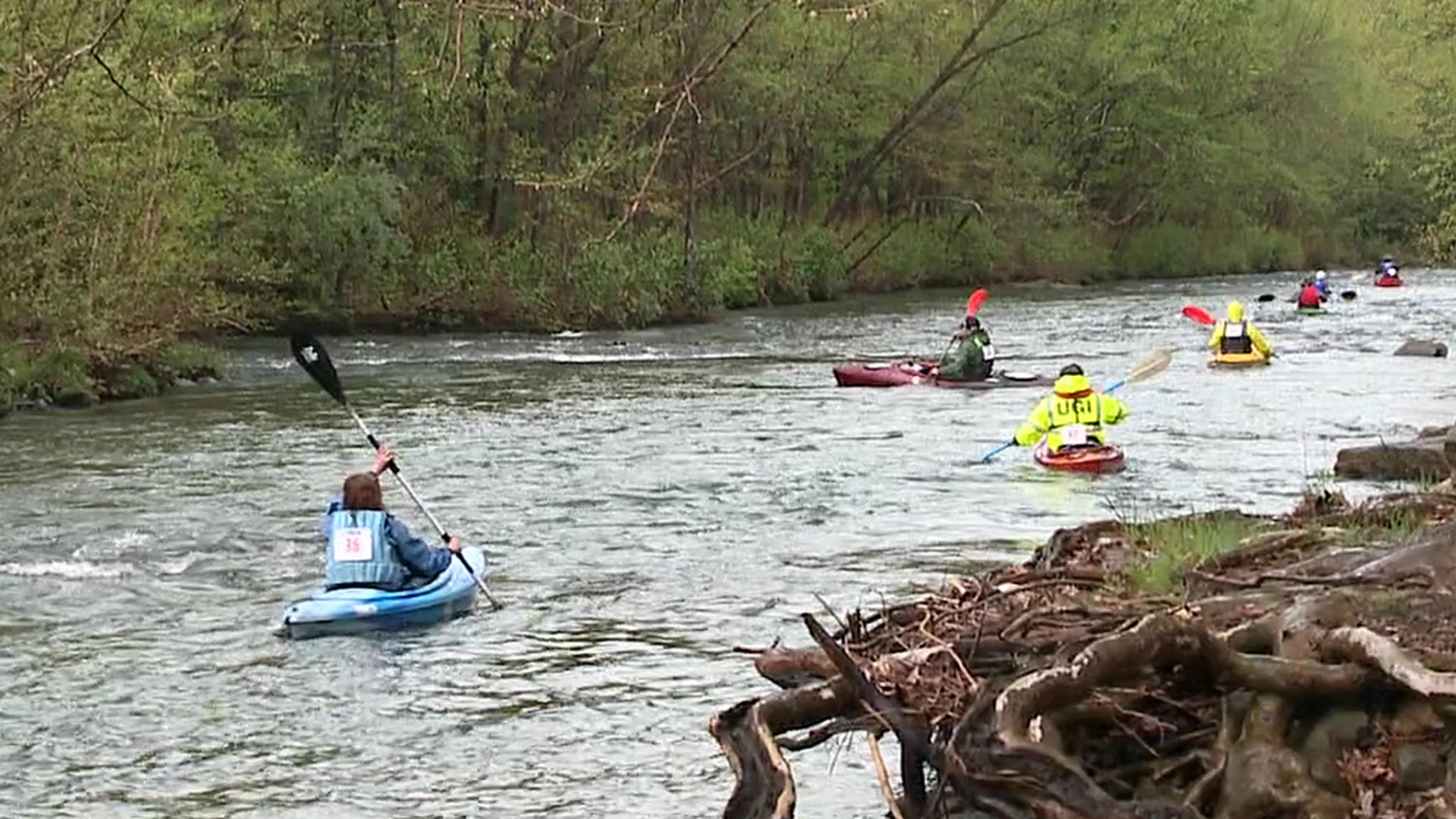 SCRANTON, Pa. — When the Lackawanna River won the Pennsylvania River of the Year award in January, the annual Riverfest was supposed to be an even bigger celebration. The COVID-19 pandemic pushed that celebration much later in the year than usual, but organizers have a new date planned.

"We had planned a bunch of activities this year. We were going to do a sojourn. We still may be able to do a few things we're trying to do virtual things now," said Bernie McGurl, Lackawanna River Conservation Association executive director.

McGurl tells us that Riverfest is the organization's single biggest annual fundraiser.

"We took a huge hit in not being able to do Riverfest this year. We actually were laid off for a while. We were able to get a paycheck protection loan, so we're on thin ice."

RELATED: Exploring the River of the Year on the Pennsylvania Road

Despite those problems, one part of Riverfest is happening now

"Up until the end of June, we have a virtual kayak paddle challenge. We have two courses that are available."

To take part in the virtual kayak challenge, paddlers can register on the LRCA website for $25 dollars log their time on an honor-system basis. There is still hope for a Riverfest this fall.

"We're targeting Saturday, September 26, as a Riverfest-type day, but we may have to limit attendance and limit the activities," McGurl said.

One activity that won't change is the duck race.

"Even if we have people on the flood levee across the river to watch the duck race, that levee can accommodate a couple hundred people."

Thanks to the River of the Year win back in January, there's a new activity in the works as well.

"We're looking at a Scranton to Old Forge sojourn from Sweeny's Beach in Scranton to a site that we call Misty Ridge down in Old Forge."

This won't be like the virtual race that's happening now.

"It's not going to be a race. It's going to be a leisurely paddle. it will be instructional. We'll talk about the history of the river where we're passing through," McGurl explained.