Both northeastern and central PA are on track to have one of the warmest Octobers on record. 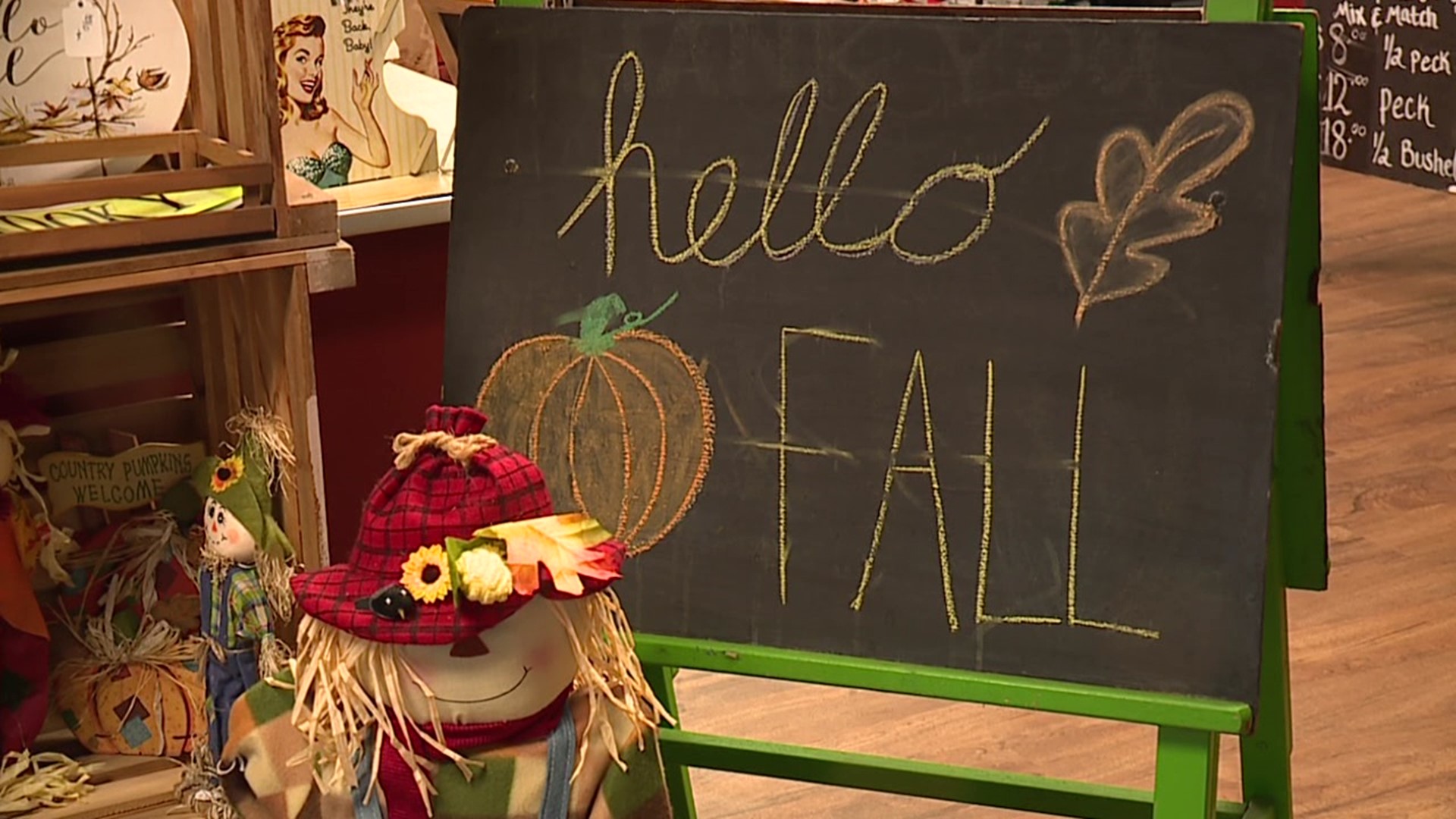 CATAWISSA, Pa. — It's the most popular time of the year for visitors, but on a dreary day, the pumpkin patch and corn maze are closed at Rohrbach's Farm Market.

Too much rain is not a good thing for that perfect pumpkin you pick. Farmers say it probably won't last on your porch as long as you'd like this year.

"They are going to be a little more waterlogged than they typically are and not have their normal stability that a pumpkin does, as opposed to last year when we had such a drought, pumpkins lasted a super long time because they didn't have as much moisture in them," said Denise Bosworth of Rohrbach's Farm Market.

Farmers at Rohrbach's are actually helping with other farms in the area that have been impacted by serious flooding over the last few months.

"We were actually glad to be helping some of our other local farms that typically grow pumpkins and weren't able to keep their pumpkins. We feel for them because we know what it's like to lose a crop," Bosworth said.

Standing crops are also impacted by weather like this.

Not only will farmers have to wait for the rain to stop but for the ground to dry out, too.

"You don't want to be harvesting that stuff while it's wet," Bosworth explained. "So that also puts a delay for anyone that has a grain harvest, soybean harvest, which is pretty popular around here this time of year."

The other big weather story for the fall has been the warmth.

Both northeastern and central PA are on track to have one of the warmest Octobers on record.

"It was definitely hard to pick pumpkins when it was sweltering hot when it felt more like strawberry season. That felt a little less fun that way," added Bosworth.

The final temperature averages will change a bit, but as of now, both northeastern and central PA will break a record for October warmth.

Looking ahead through Halloween, there are no really cold nights in the forecast, and many of us still have not had our first frost.